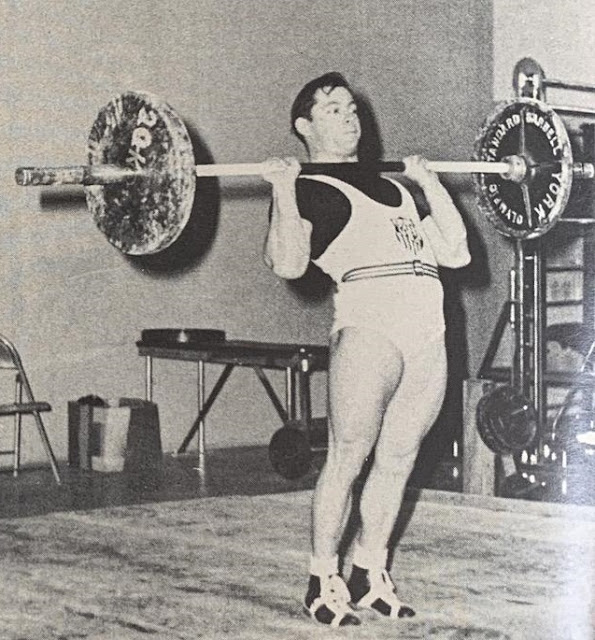 Quiet Tony Garcy is currently the bright hope of the United States Olympic Weightlifting team to win a medal at the Games in Tokyo in October.

A 24-year old school teacher, husband, and father of a spanking new baby, Garcy must confine his training schedule to after school hours and weekends.

At Stockholm, the former resident of Tuscon, Arizona and South America placed fourth in the lightweight division. He is a serious contender for the world championship, although it may come in two or three years. In 1960, Garcy went to the Olympic Games in Rome as an alternate. He won a Gold Medal in last year's Pan American Games.

The graduate of Texas Western College began lifting 15 years ago. He teaches in a York junior high school and trains in the York Barbell Club Gymnasium.

We talked to Garcy about his training program.

"To grasp a lifter's training program, his lifting philosophy should be known. Three factors are necessary to be a lifting champion. By champion, I mean an athlete who works to the best of his ability and has activated a high degree of his personal potential. The key factors are faith, technique, and program," he explained.

FAITH - A lifter should have purpose. Once the purpose has been established, he firmly believes in it. Glory, fortune, patriotism or self improvement are some of the few purposes. The success of a lifter is in direct proportion to the amount of faith he has in his purpose. Faith is dependent upon his past experiences and hopes for the future. His past is the result of self advice and any other human who has the capacity to offer advice. Hope for the future is how the lifter utilizes both the negative and positive incidents for his purpose.

TECHNIQUE - An end implies a mean or means. A basketball player must know how to handle a ball well or a race driver must know how to drive his car. These statements imply that a man must have command of a technique in order to become proficient in whatever field he may choose. Regardless of the sport, they each possess a basic technique; however, to activate a high degree of individual potential, an athlete must alter the basics to fit his individual needs.

PROGRAM - A training schedule is a means in itself. It trains the mind and body to accept goals that the athlete has placed before himself. A program is ascertained through trial and error and scientific inquiry.

"Tony, do you ever stress power development?" I asked.

"My program has been revolving around technique. The only time I stressed power development is prior to the World Championships," he replied. 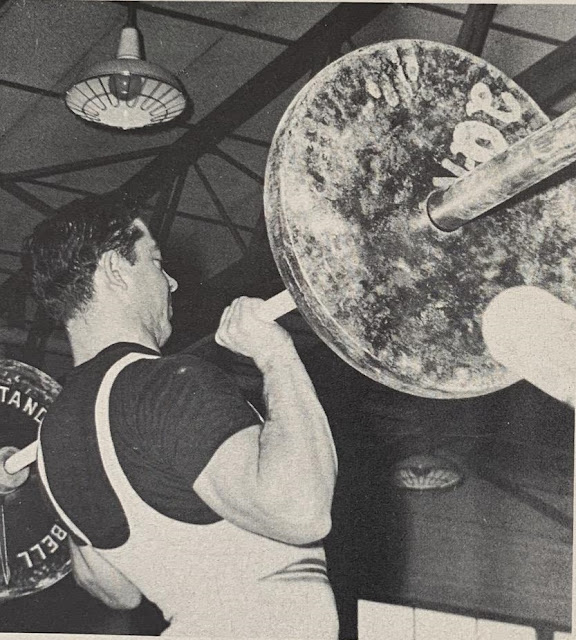 Lightweight Champ Tony Garcy says the key to his success in the Press, in which he excels, is the layback.


Garcy said the reason for just extensive work on style is because of individual needs. "When I first began training, the basic rules of lifting seemed to be enough. As a result I felt that increasing my total was all that was remaining to do. However, during this period I was extremely inconsistent. There were lifts that were made easier than others.

"From the study I found that an easy lift was not due to the varying physiological conditions, but due to some body position which afforded better leverage to make the lift. In 1959, for example, I began the task of trying to discover my body points of leverage for the three lifts."

The lightweight champion, whose press is his best lift, explained that the press was the first lift on which he began to concentrate his efforts. 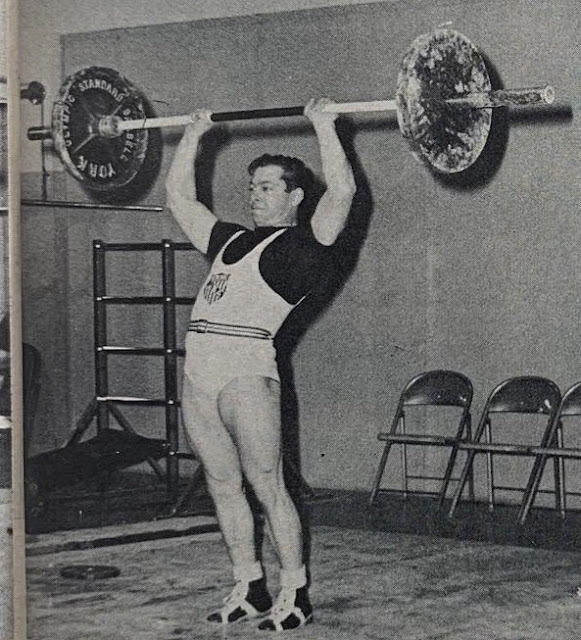 "I spent a great deal of time on the press, but I did not neglect the other two. Since 1959 I discovered five different styles of pressing, all of them fundamental. There are other styles, however. My five styles were related, but sufficient differences existed to produce both desirable and undesirable effects. I would repeat the same story for the other two lifts too."

"You are at your greatest in the press, but what are you doing with the other lifts," I inquired.

"At present I am specializing on the jerk. I am hoping to acquire the necessary style in the near future to be ready for the Olympic trials in New York and hopefully for the Games in Tokyo," Garcy explained.

Garcy will continue to work at 90 percent for efficiency until shortly prior to the World Championships. At that point he will begin work on power development. 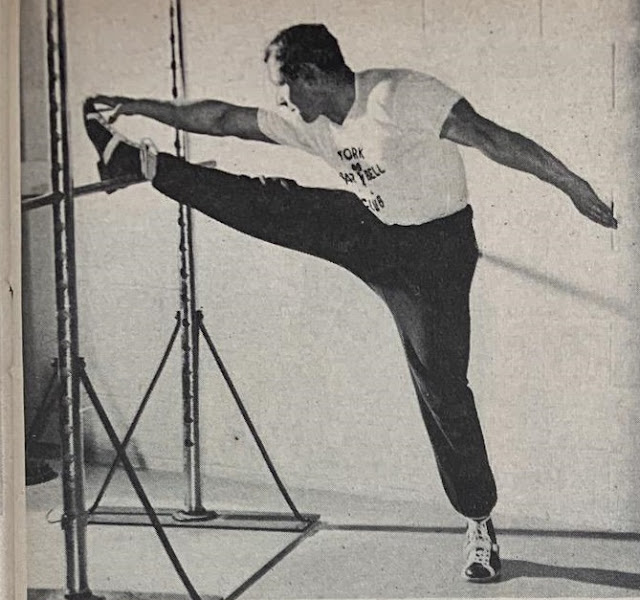