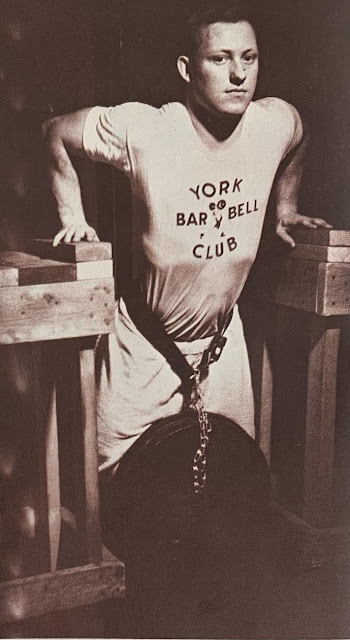 Note: There's another article on him here:
http://ditillo2.blogspot.com/2010/06/gary-cleveland-on-his-training-walt-zuk.html


Gary Cleveland was the youngest member of the U.S. team that made the trip to the 1963 World Championships held in Stockholm. However, this was not the first trip for Gary as a representative of the U.S. In 1962 he made his debut in international lifting when he competed in the World Championships held in Budapest, Hungary. Gary placed fifth on both occasions and should prosper in future international competition from this "hard to come by" international experience.

Gary is 22 years of age and is looking forward to many World Championships in the future. This point was made clear during training in York prior to his trip to Stockholm. Tony Garcy asked Gary what year he planned to go all out and win the World Title. Gary replied, "I am not planning to go all in any certain year, but rather train as hard as possible every year with the hope of making sufficient gains to overtake the leaders."

Gary placed second in the 1960 and 1962 Senior Nationals. He also placed third in the 1961 and 1963 Seniors. His chief competitors for the National Title and for a berth on the 1964 Olympic Team will be Louis Riecke and Tommy Kono, should Konl decide to compete as a light-heavy. There is every indication of a battle royal in the light-heavy class at the Nationals in Chicago and again at the Olympic tryouts as all three contenders have been posting comparable totals during the past year.

The young University of Minnesota college student has made official lifts of 330 Press, 290 Snatch, and a 363 Clean & Jerk. His best official total is 975. In training he has performed two repetitions with 450 in the squat.

We asked Gary what kind of routine he followed.

We then inquired whether he changed his program often to try out new routines and methods, or did he usually stay with a basic or favorite routine most of the time.

To this question Gary replied, "One of the most important rules that guide my training is that of periodic change. I find that changing my routine from time to time I can, to some extent at least, avoid staleness. I believe that a change of routine not only affects the physical aspect of the lifter by working the muscles in a different way, but even more important, it affects the mental aspect of the lifter by eliminating the boredom that goes with keeping the same routine for a long period. I consider the mental aspect of changing a routine as important because I believe anyone can gain on any sensible system as long as he believes in and has enthusiasm for it. I usually find it necessary to change my routine about every other month."

When asked what other basic rules guided his training, Gary went on to explain, "the second rule that guides my training is that of avoiding overtraining. "This is a bit difficult because it's hard to draw the line between overtraining, undertraining, and the happy middle. I have obtained best results by working out five days per week but keep the number of exercises, number of sets, and number of reps all fairly low per workout. Each workout usually lasts 1.5 hours.

I usually go by feel to determine if I will go heavy or light on a particular training day. In addition, I usually get nine hours of sleep each night and make sure to get plenty of good food from a well rounded diet."

Because Gary changes his workout routine frequently, the layout that is presented below is not representative of his year round training but is one of his best routines. 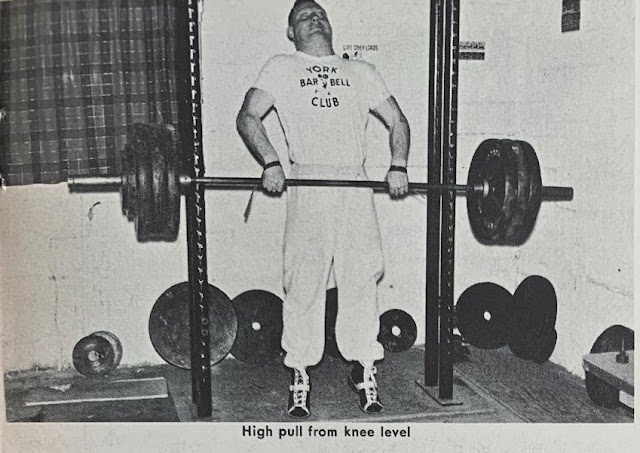 About two weeks before a contest, Gary begins cleaning for the press rather than pressing off the rack, and about one week before a contest he cuts down on all the assistance exercises in an attempt to conserve energy for the meet.