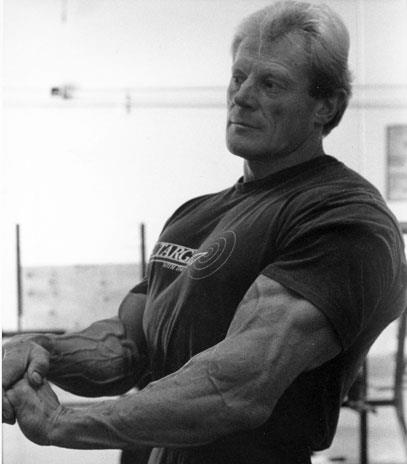 "Don't be stingy. Don't be cowardly. Don't be lazy. Don't be dumb. Be generous and be wise. Use your common sense and train hard and efficiently, with good order, crisp pace, absolute focus, intelligence and zeal.
Stop listening to the noisy voices out there that confuse you with the latest ingredient, method, holisitic adventure, scheme, gadget, scam or whatever.
Look in the mirror and be that person you see, your best friend. Give him or her credit for inner knowledge and understanding. Learn the very simple basics in exercise and nutrition and apply them happily and with confidence
Now you are on your way, not their way.
You'll learn and you'll grow as the days go by with your tender loving care.
STAND AND BE STRONG.

And, If you have an interest in the history of lifting, you might enjoy . . . 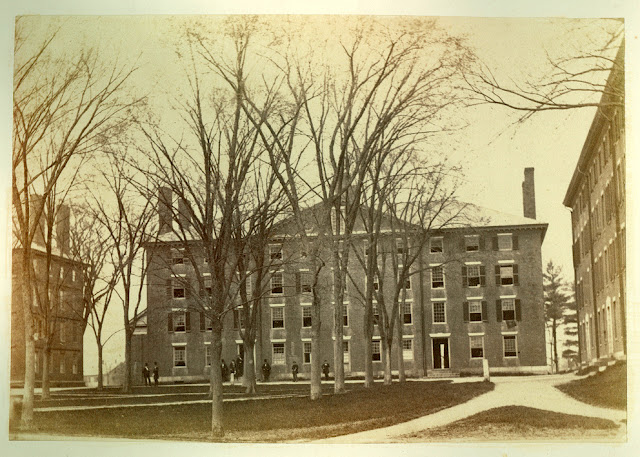 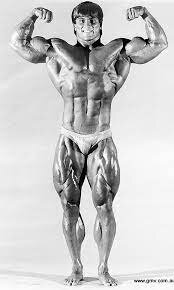 Of the many outstanding newcomers on the bodybuilding scene, perhaps the brightest star is 1983 Mr. America Jeff King. A man with potential so great that many people believe he will one day win the coveted Mr. Olympia title. 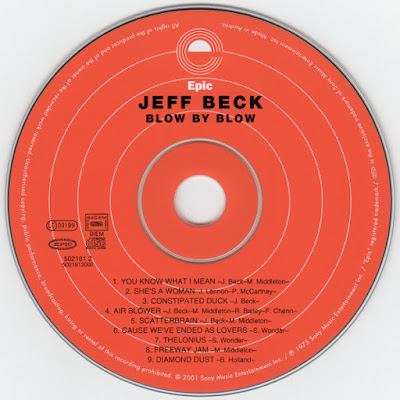 . . . description of how he trains each bodypart. Instead, he gave us this very simple and logical advice: Perform only the exercises which work the bodypart the best. Obviously, you'll have to experiment to determine which exercises are best for you, but the results will be well worth the extra effort and monitoring.
Jeff has incredibly well developed legs, and we were all amazed when he said that he does not perform back squats. I found this even more surprising when a few days later I read in a leading bodybuilding magazine that Jeff regularly performs high-rep squats, doing 30 or more reps with 350 pounds. According the Jeff-in-the-Flesh, however, he does not do any back squats. Instead, his leg routine consists of front squats, leg presses, and hack machine squats.
When doing front squats, Jeff goes down as low as he possibly can and believe me, he really goes down low. Each exercise is done for 4 sets of 8-10 reps with minimal rest between sets.
At the end of the seminar Jeff trained his calves for us. He only does two exercises: standing calf raises and leg press toe raises. Once again, he does 4 x 8-10 on each. Needless to say we were all very impressed by his calf development, especially when they started to pump up. One exercise that he rarely performs is seated calf raises. He believes they are considerably inferior to the two exercises mentioned above.
Jeff is also a strong advocate of using free weights as opposed to machines. And given the choice between barbells and dumbbells, Jeff definitely prefers the latter. In virtually every instance, he believes that exercises performed with free weights are superior to the corresponding movement done on machines. Two exceptions to this are leg curls and extensions. Jeff prefers standing leg curls. Essentially he believes that machines make an exercise easier, not harder as their inventors often claim.
NUTRITION: After watching Jeff eat several oranges, nectarines and handfuls of grapes before the seminar began, I wasn't the least bit surprised when he said that 60% of his caloric intake is in the form of carbohydrates. This is broken down even further. Complex carbs such as pasta, potatoes, bread and cereals comprise 60% of his carb intake. The remaining 40% of his carbs are in the form of simple carbohydrates such as fruit and simple sugars.
At one time Jeff was eating 400-600 grams of protein a day. Besides making him tired and lethargic (even with the juice!) this practice was also very costly. Nowadays Jeff tries to eat about 20 grams of protein every three hours. For protein sources Jeff recommends egg whites, meat, chicken, yogurt, cheese and cottage cheese. In fact, he currently eats two dozen egg whites per day, not raw.
Fats are the least important part of Jeff's diet, comprising approximately 10-15% of his caloric intake. Two main sources are nuts and wheat germ oil. Before a contest this percentage becomes even smaller, around 8-10%.
According to Jeff, the best way to tell if you're eating too much is to look in the mirror. Before a contest he reduces his intake to 3,000 calories a day. This allows him to lose a pound or two aday. If he went on a 1,000 calorie a day diet as many bodybuilders do, Jeff would probably starve to death.
RECUPERATION: This was already touched upon earlier. By working each bodypart only twice every eight days, he is helping to ensure proper recuperation. Also, by training to failure very infrequently he is also helping his body to recuperate properly.
One individual attending the seminar mentioned that he slept four hours a night and wanted to know if that was enough. Jeff replied that it depends (Arrrrrrrr dang it!) on the individual. Personally he likes to get 8-10 hours a night, although sometimes this is not possible. Your body will tell you if you're not getting enough sleep of if you're getting too much sleep. The point to bear in mind, however, is that if you are not getting sufficient rest your progress will be delayed or even reversed.
Finally, Jeff mentioned the importance of determination. Determination can sometimes enable you to surpass individuals who have been blessed with superior genetics. You must be willing to work hard and make a commitment to succeed.
Enjoy Your Lifting!

The Odds for a Super Physique - John McKean 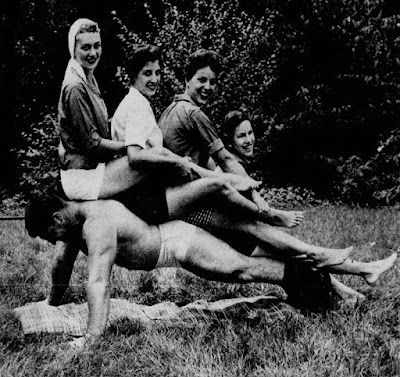 The weighted floor dip is almost a forgotten exercise these days despite its huge potentijal. For interesting variety from bench pressing, with much more total body involvement, try a cycle of these, having partners stack progressively more 45-lb. plates on your back. You may not build the ability to shoulder and slam a 600-lb. wrestler as Sammartino did, but weighted dips will add slabs of muscle to your triceps, pecs and delts.
PARALLEL BAR DIP
Speaking of dipping, 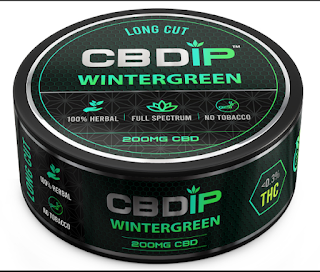 let's not forget the benefits offered by the parallel bar version. One of my friends, Antonio Fratto, used this as his only "official" bodybuilding exercise. 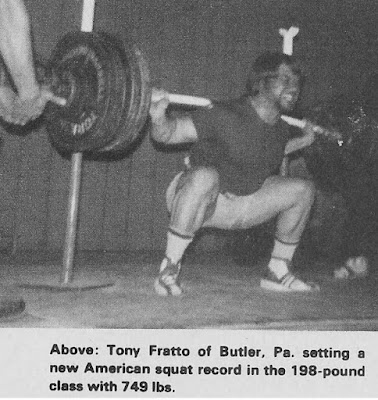 He was also a top caliber powerlifter who won the National and World Championship at 198 pounds back when powerlifting was one big happy organization and the supersuits hadn't yet been invented. I'm sure Fratto's routine of super-heavy singles on the three lifts, and a youthful preoccupation with the clean & press (he did over 300 lbs. officially at 181) had a great deal to do with his muscularity. still, he always snuck into the "Mr." events scheduled directly after his meets. He felt his thrice weekly 4 sets of 50 reps in freeform (bodyweight) dips kept his upper body sharp.
JOHN GRIMEK
Perhaps the most heralded odd lift practicioner was mighty John Grimek. Seems, in his building years, whenever there was any strainge form of seriously heavy barbell, dumbbell, apparatus or chain lift even remotely mentioned, John would train with a vengeance to best it. In fact, for his pioneering efforts and prowess on so many odd lifts, Grimek was awarded the first lifetime achievement award granted by the IAWA. A permanent plaque verifying this award resides on the wall of the famous End Zone Sports Hotel in Foxboro.
AN ASSORTMENT OF LIFTS
One time I was competing at a large powerlifting meet in Buffalo, New York. As was customary during the 1960s, a major physique contest was to be held directly after the lifting. Powerlifters and bodybuilders shared the warmup room. At that time Buffalo was famous for physique men, with several having acquired top placings in the Mr. America contest.
The guys pumped and chattered, wondering aloud who among them would take the title that night. I was surprised to spy what I knew would soon spell their doom. A little guy dressed in shabby, cheap, plain gray sweats sat quietly in a dimly lit corner, half asleep. It was Federal Street Tony -- another training mate from the early days at the Pittsburgh YMCA.
Tony was unknown outside the Pittsburgh area and at 151 pounds was not real noticeable, being without the genetics to ever become muscularly huge. Though short, Tony was blessed with perfect symmetry. The late Peary Rader once described Tony as having the best shape and razor sharp definition he'd ever seen in his long career as a top official. I'd have to agree -- even in all the time since, Tony would make my top five list. Oh yeah, Tony easily dominated the Buffalo event.
Tony's training was as unconventional as his show prep. A true bodybuilder by anyone's standards, he nevertheless preferred heavy, low rep, basic movements for the bulk of his training. He employed Olympic lifts, powerlifts, and odd lifts, not for competition but for muscular enhancement through strength training.
Once, he was unjustly accuse by jealous local lifters as being nothing more than a wasp-waisted weak bodybuilder. So, he entered an Olympi meet, just once. Though he could hardly deny that his waise measured a paltry 26 inches, he shut up cirtics with a magnificent 235-lb. clean & press, and an easy victory in a tough middleweight division.
OLYMPIC-RELATED LIFTS
My wife and I traveled to Columbus, Ohio some years back, mostly to see the pro Mr. World contest, which was to be contested directly after the World Weightlifting Championship. We were anxious to see the superstars who were entered in the physique show, but the superb Olympic lifting captivated our attention. This was the meet where Alexeev became the first person to officially clean & jerk 500 pounds. When we got a glimpse of the gigantic muscle bulk of Belgium's superheavyweight, Serge Reding, we instantly forgot any need to watch mere bodybuilders. This man's shoulders, arms, chest and thighs were huge beyond belief. Seeing him deftly move in the snatch and the clean & jerk sure topped any static muscle pose. Marilyn and I left exhilarated at seeing the largest muscular human we could ever expect to see.
We didn't bother staying for the physique meet.
I remember reading that Reding concentrated on very heavy front squats, high pulls, and various strict forms of presses -- odd lifts in the truest sense. Magazine photos of him performing these exercises with wide stacks of 45-lb. Olympic plates on the bar demonstrated clearly exactly what it takes to really develop size.
Do you want the best shot at achieving your ultimate physique?
Well, train for peak strength -- you just can't beat the odds.
More by John McKean:
http://ditillo2.blogspot.com/2017/07/a-new-wrinkle-on-power-rack-training.html
http://ditillo2.blogspot.com/2014/11/cardiovascular-improvement-through.html
http://ditillo2.blogspot.com/2018/10/fling-and-swing-for-powerlifting.html
http://ditillo2.blogspot.com/2009/07/jack-welch-john-r-mckean.html
http://ditillo2.blogspot.com/2009/05/john-mckean-part-one.html
http://ditillo2.blogspot.com/2009/05/john-mckean-part-two.html
http://ditillo2.blogspot.com/2009/06/john-mckean-part-three.html
Enjoy Your Lifting!