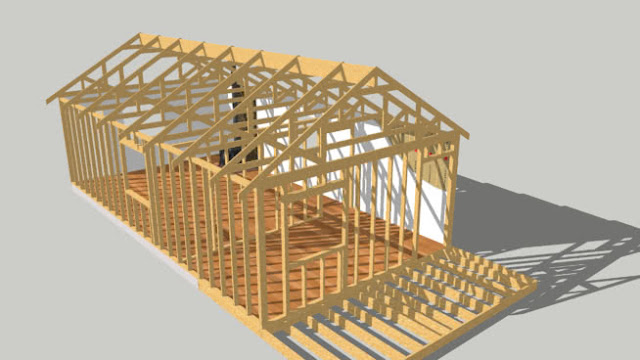 FRAMEWORK FOR SUCCESS
by William Gvoich (1989)


The search for physical perfection is a never ending quest often marked by hardship and discouragement. For those few who are gifted with the right genetics the path is not an arduous one as long as a consistent, honest effort is put forth.

However, for the vast majority of earnest seekers the results are painfully slow. Sometimes it seems like the goal of physical perfection is a dream that can never become a reality. A general lack of knowledge, combined with fragmented guidance from a multitude of sources makes it difficult to decide on the best course of action.

It has been said that there are a number of ways of reaching one's goal. While there may be discoverable differences among the various successful training methods, there are also certain similarities that can serve as a framework for a successful program.

THE NAME OF THE GAME - ADAPTATION

Physical gains and functional capacity are made possible because of the body's ability to adapt to the stress of training. A delicate balance exists between too much and too little work; the differences between progressive resistance and over-training is small. The secret is to know when you have had enough and when to vary the intensity level of work to match your energy reserves.

A common mistake is dipping into body's functional reserves too often. For best results the imposed exercise workload should be within your "level of competence." The longer you train, the more important proper rest and recovery become. Keep in mind that the positive adaptation to the exercise overload - an increase in physical gains and in functional capacity - takes place during the recovery or rest phase and not during the exertion itself.


The laws of progress are important. Study them, contemplate their meaning, memorize them if you must. They are brief and to the point. Your ultimate success or failure will depend upon them.

1) Your rate of progress will be in proportion to the rate of recovery from previous and ongoing stress.

2) Your rate of recovery is affected by your level of health.

3) Your level of health is affected by the quality of the creative and dynamic interaction of your mental, emotional and physical planes of existence.

4) Your level of health, rate of progress and recovery, in turn, are affected by your attitude, genetic base, nutritional status, physical condition, and knowledge.

The above laws have far reaching implications. When you grasp the importance of their meaning and implement them in your daily life, the speed with which you progress towards your ultimate potential will astonish you.

I liked this film by A.J. Edwards (Terrence Malick's editor) a lot - 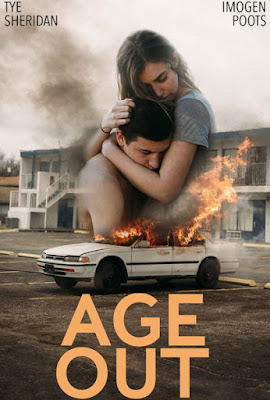 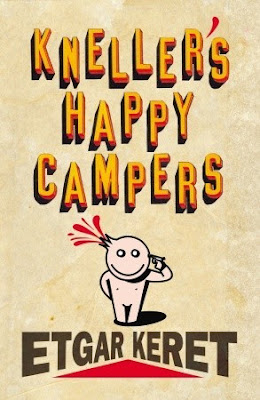 - Etgar Keret's writing hits like a bullet. "Kneller's Happy Campers" is fast and bizarre and full of fearless street-punk realism, as though Charles Bukowski is channelling the imagination of Lewis Carroll.
The 2006 black comedy, road movie "Wristcutters: A Love Story" was based on this book.

"Kneller's Happy Campers" is a strange, dark but funny tale set in a world very much like our own but it's an afterlife populated by people who have killed themselves - many of them are young, and most of them bear the marks of their death... bullet wounds, broken necks...(those who have over-dosed are known as 'Juliets').

When Mordy, our hero, discovers that his girlfriend from his life before has also 'offed' herself, he sets out to find her, and so follows a strange adventure...

Full of the weird and wonderful characters, and the slightly surreal twist of events that we've come to expect from Etgar Keret, this novella is full of humour and comic flashes, but it is also wistful, longing for a better world and perfect love.

THE CRAFTSMAN AND HIS TOOLS

In order to truly appreciate exercise productivity one must first understand the symbiotic relationship between the master craftsman and his tools. The craftsman's tools are sharp, precise, efficient and often simple. The end result is determined by the care and attention the craftsman gives to his tools and by his ability to use them to his bidding.

His tools become an extension of his being.

He draws from them everything that he can muster, and in turn he gives them everything he can. The craftsman and the tools become one. When this relationship of oneness "in body and spirit" is attained, the end result is perfection - a work of art and self-realization.

A true physical culturist is like a master craftsman.

He understands his needs and he has the knowledge to achieve them.

There is no room for haphazard effort.

Every movement has a purpose.

It is precise, efficient and clean.

When the exerciser and the exercise become One, there is no doubt as to what the end results will be.

Man, I sure like to read in the colder months!

But not any of that non-fiction, no sir, none for me.
No appeal at all anymore.

Here's a great collection of short stories and one novella: 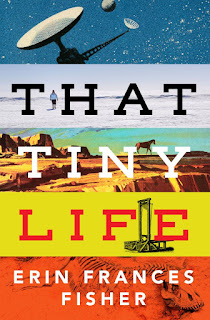 If you haven't read anything by this guy yet, do it. Or don't. I wholeheartedly recommend the former, as do many famous strength athletes and their coaches, eh. But wait! As of November 26th, such a coincidence, you can find this complete collection of Larry Brown's short stories out there. 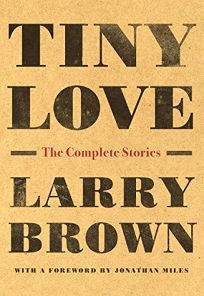 Yes. I thought it'd be a nice change to feature two new books here, both with the word "tiny" in their title.

All these "big" "huge" "massive" descriptors can get a little old at times.
Okay. Carrying on with the article now . . .

Let's look at a specific body part, for example, the chest.

1) Muscle Function. First become familiar with the basic functions for the muscles to be used so that you can choose exercise movements that will provide you with "proper" exercise.

The pectoral muscles of the chest act to push or extend your arms to a straight position away from your body as in various forms of bench pressing, or pull your arms across the front of your body in flying motions.

2) Muscle Relationship. Next, it is important to appreciate and understand the relationship of the chosen muscle group, in this case the pectorals, to other muscle groups that play a supporting role during chest exercises.

You cannot normally activate one muscle without involving other muscles. This relationship becomes evident while examining the popular standard bench press movement. The pectorals are the prime mover, the muscle which is primarily responsible for a movement. The anterior (front) deltoids and triceps are synergists or assisting muscles; and the posterior (rear) deltoids and upper back muscles are stabilizers to help hold the body in proper position so that the prime movers and synergists can function.

When using the bench press movement to work the pectorals, other muscle groups play an important supporting role. In order to maximize the effect of this supporting role, the sequence of exercises and bodyparts being trained becomes critical. For example, you would not train your triceps before the chest simply because it would diminish the efficiency of their synergistic effect.

Another factor to consider is the rate of fatigue of the different muscle groups involved in the performance of the exercise movement. In a compound exercise like the bench press, which affects several muscle groups simultaneously, a point of failure would be reached when one of the muscle groups fails to provide its share of assistance in completing the movement. Unfortunately, in many cases, the targeted muscle group has additional reserves that have not been fully depleted and as a result maximum growth stimulation has not occurred.

This interdependent relationship of several muscle groups plays an important role in exercise technique, equipment design, and in effective equipment use in order to maximize the training effect on the intended muscle group.

3) Quality Exercise. The next step is to choose exercise movements and resistance means that will provide maximum results in a minimum amount of time. The objective in bodybuilding is to mentally isolate the intended muscle groups and focus our total attention to it.

A quality movement is one that allows you to concentrate fully on the "feel" of the muscle contracting and stretching through a complete range of motion. [There's that "contract . . . and "stretch" deal again.] Constant tension on the muscle and a maximum range of movement is possible during each and every rep. The chosen exercise movement can be brutally hard on the muscle being worked, but at the same time must be gentle to the support structures of the body.

A quality movement feels right, is user friendly, and is productive.

MAXIMIZING THE VALUE OF EXERCISE

1) Correct Exercise Performance. In any exercise movement the technique and style of performance are of utmost importance. More efficient growth is obtained not by the quantity of work performed but by the quality of performance. Never sacrifice proper form for increased resistance!

Try to maintain a perfect position through the entire exercise movement and concentrate totally on the feel of the muscles CONTRACTING . . . and STRETCHING . . . through a full range of motion. Perform the repetitions in a fluid, strict manner and learn to focus your total attention on the targeted muscle group. Place your mind inside your muscle through mental control and deep concentration from start to finish.

2) Total and Constant Tension. Without tension there is no muscle stimulation. While progressively heavier resistance is important, creating total and constant tension into the working muscles through the maximum range of motion from the start of the stretch to a position of full contraction become the most important elements.

3) Full Range of Motion. A superior exercise movement is one that allows you to train the intended muscle group through the greatest range of motion possible while maintaining constant tension. In order to measure the amount of work performed during exercise two factors must be considered - resistance and distance. Equal resistance (force) extended through a maximum range of motion (distance) will provide the greatest development value and maximum training intensity.

4) User Friendly. The exercise movement must "feel" right to the individual using it as part of his program. It should not be uncomfortable or painful to the body joints in any position during the exercise performance. If you cannot focus your undivided attention to the working muscles at all times, the exercise movement is not suitable to your body type, physical condition or mental disposition.

This framework, if used properly, can act as a master plan to assist you in designing an exercise program in a logical and intelligent manner. Moreover, by paying careful attention to the key themes and learning to apply them to your specific needs, you will be in a better position to decide what is best for you and what you need to realize your objectives.