We must try to temper the enthusiasm to copy our heroes somewhat, and
choose the right kind of training to suit us in our particular momentary state of existence. 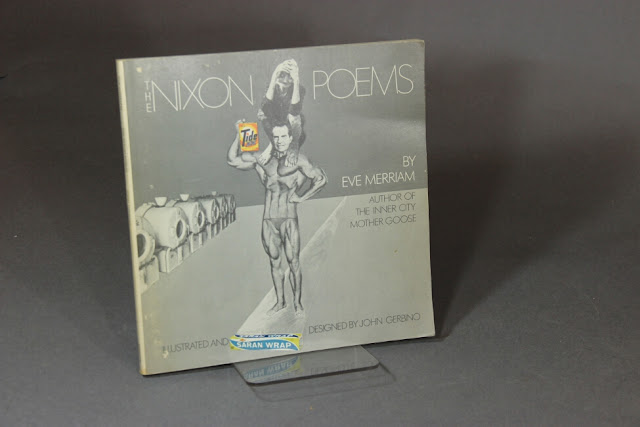 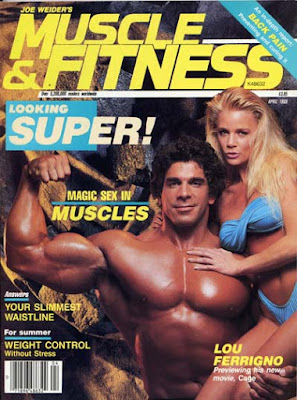 It's interesting to consider the many changes that have taken place in bodybuilding over the last 20 years.

If you had walked into any bodybuilding club in the mid '60s, you would have found mostly barbells and dumbbells. If there were machines available, they would have been the standard lat pulleys and leg extension and leg curl machines. It was only in the more innovative clubs such as Vince's Gym out in Studio City of Gold's gym in Santa Monica that we might have found a Smith machine or a curling machine.

It was in the '60s that Rheo Blair's pioneering efforts began to impress upon the bodybuilding consciousness that free amino acids could add magic to the bodybuilder's diet.

Nutrition has come a long way since then, but perhaps exercise apparatus has nosed ahead of nutrition. The variety of equipment almost exhausts the imagination. Let's go back for a visit to one of the best iron pounder gyms at the time.

The year: 1962.
The place: Muscle Beach Gym . . .
located in downtown Santa Monica in a basement on Second Avenue. A stairway with cracked steps leads down into a dark hole. The "Muscle Beach Gym" sign with a red-on-blue background painted directly on the concrete is almost enough to pull our eyes away from the litter on the stairs.

"Man, no wonder they call this place the Pit!" I said to my training buddy, Bill McArdle, who had come with me from "over the hill" in the San Fernando Valley. 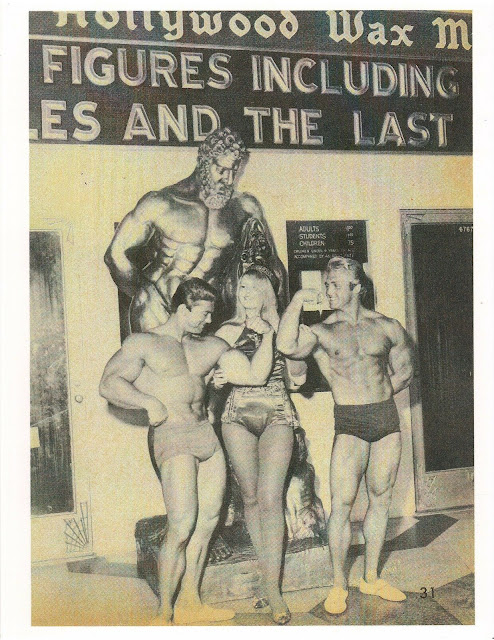 McArdle, on your right, with Scott.

We were looking for Dave Draper to see if we could talk him into going down to the beach with us to catch a few raya.

"Boy, we thought Vince's was dark," Bill muttered. "This place is like a dungeon!"

A few more sweet readings can be had here:

Come to think of it, while you're at that davedraper.com  site, peruse around a while and you'll find all kinds of great stuff. Dave's Newsletters. You really don't wanna miss those. Satisfaction guaranteed in writing.

We picked our way through the clutter of iron plates, avoiding cracks in the concrete floor. By now our pupils had dilated enough for us (it happened now and then back then) to discern a massive hunk of muscle rooted to the floor with an Olympic set across his lap while performing seated lat rows.  [placeholder, eh].

"Dave, how many more sets you got?" I asked. "Want to hit the beach with us?"

As striking as the difference between today's gym decor and that of the early '60s is, the big contrast is in the equipment itself.

Frankly, I don't know who the major equipment manufacturers were back then. Individual machines were concoctions put together in garages. Nobody had ever though of making a machine on which a cam would provide changing tension.

Just look at what we have today to improve our physiques. We have Nautilus machines. We also have the positioning of the elbow on certain machines to work the arms differently.

Biceps machines are another boon, stressing both heads of the biceps to give greater thickness to the upper arm. We also can't overlook the rear deltoid machines to develop the posterior delts without taxing the back. Generally, when this exercise is done with free weights, as in the bent-over dumbbell raise to the rear, the back gets so much work that exhaustion comes first to the back and only then to the rear deltoids.

We have even dissected the lowly preacher bench and completely rebuilt it to make it one of the most important pieces of equipment for developing spectacular biceps size. Many will argue that free weights are best and machines will never replace them. The objective, of course, is not to replace free weights but to improve on them.

The abdominal trunk curl is a perfect example. Physiologists have discovered the abdominal wall is activated in a very unusual fashion. By attaching electrodes to the muscle fibers and recording exactly which fibers are being fired and when, we have made some interesting discoveries. The normal situp is only about one-third rectus abdominus and two-thirds ilio-psoas (hip flexor). In fact, this is true whether you do the situp or the leg raise. The abdominal trunk curl machine, on the other hand, fires 100% rectus abdominus muscle fibers. The regular crunch on the floor does too.

There are many more examples of machines that have almost revolutionized training. Granted, if you only had one choice it would come down in favor of free weights, but if machines as well as free weights are available to provide variety, there is no question that the judicious combination of both will build the superior physique.

New ideas and concept continually appear. Sometimes, the people with the greatest training knowledge are the ones most resistant to new training techniques. For example, we have developed Bodyperfect training, which lifts Instinctive training to much greater heights. Unfortunately, more than a few of the fellows "in the know" will open their minds to learn anything new.

They often say, "I've been training for years. There's nothing a computer could ever teach me about training." [Ah, yes. 1989.]

It reminds me of the story of the Oriental prince who had spent many years obtaining advanced degrees. Yet he still hungered to learn more about the "meaning of life." Assured that only a Zen master could take him further, he began his studies. Having asked the prince to join him in some tea, the Zen master poured tea into the prince's cup until it overflowed.

As Thoreau said, "It takes two to speak the truth -
one to speak, and
one to hear." 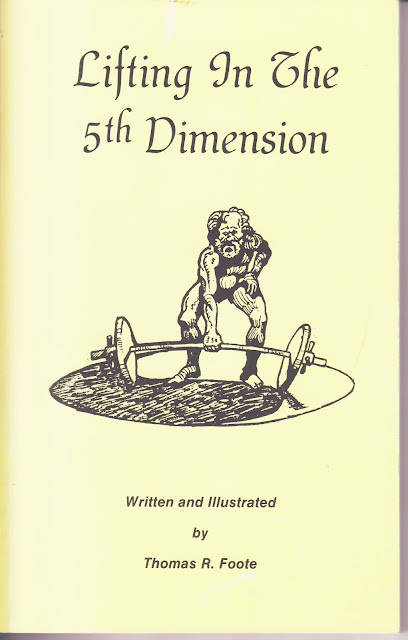 This book is on this blog.
You might find it interesting.
Starting Here:
http://ditillo2.blogspot.com/2012/03/lifting-in-5th-dimension-part-one.html

It's been close to six years since I transcribed and posted this cool book, along with some related links to this and that. No word from Mr. Foote so far, so if by any chance he happens upon it here, I'd like to say Thank You to him for allowing us to read it.