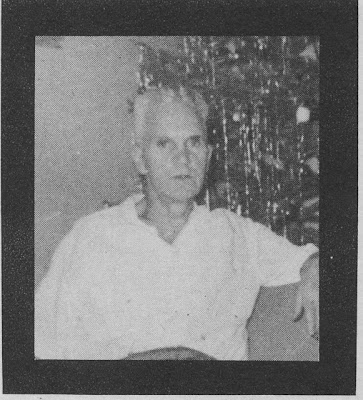 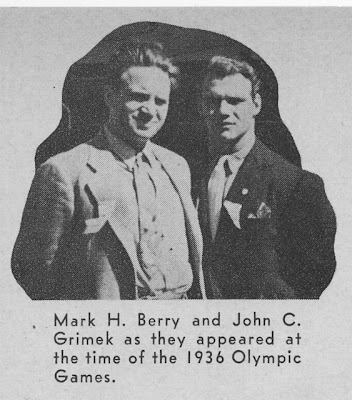 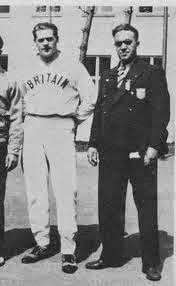 A Tribute to Mark Berry, Pioneer of American Weightlifting
by John Grimek (1958)


Most of us in York had not quite fully recovered from the shock at the passing of our late colleague, Harry Paschall, when we heard the distressing news that another friend, Mark Berry, the pioneer of weight training in this country, had passed away on April 13.

Many of our present day barbell men may not be familiar with this outstanding personality, who was one of the first to realize the beneficial reaction that could result from proper and sensible weight training. He proved his point by advocating certain exercises for unusual physical gains. I know, for I was one of those who tried his exercise theory many years ago and profited from it.

I first met Mark Berry in the early 30's. From then on he featured me regularly in his writings. Later I visited him when he asked me to pose for some exercise pictures which he proposed using in two books and a smaller booklet he was writing, Your Physique, Classical Weightlifting and The Classical Midsection.

The first volume, Your Physique, was eventually published by us, the Strength & Health Publishing Company, after the Milo Barbell Company went into bankruptcy early in 1935 and was bought by Bob Hoffman. The other two books were never published, so most of the other pictures I had posed for were never used for that purpose. Mark later used many of them to illustrate his training course after Strength magazine ceased to be published. At this time, 1935, he started his own company, which he called the Berry Barbell Company. He also published a small magazine called Physical Training Notes which catered exclusively to barbell men. While he did well with this newly formed company and magazine, it never flourished to the extent that its predecessor, Strength did, and Mark began to lose interest. In time he abandoned this project and obtained a position with another concern not related in any way to the barbell game which he loved so well. For physical activity he now turned his efforts to swimming, a sport he always liked and regularly indulged in. How well I remember the weekends I spent with him and the many visits we took to different shore points, nearby lakes, and local swimming pools. On these occasions we were often accompanied by other fellows who used to train in his gym. And although Mark was never a sprint swimmer, he would always comment upon the speed with which I cut the water. He could always outswim any of us in endurance tests, and often did. After abandoning the barbell game he became very proficient in the water sport and later took part in the marathon swim at Atlantic City when he was already in his mid-fifties. Although he did not win, he did give a notable account of himself and finished the grueling grind, a feat which many younger men failed to accomplish.

When America entered the first lifting team in the '32 Olympics in Los Angeles, she suffered total defeat. However, Mark Berry, who was the coach of that squad, closely observed the way the European champions trained and lifted, and from his observations deducted that our men did not train nearly as hard as they should. Bob Hoffman, who was also present with a whole contingent of what was later to become the famous York team, agreed with Mark on the need for better and improved training methods for our lifters if they were to win any world titles. Only a few years before that, it was Mark who initiated Bob in the art of weightlifting, and as you know, Bob is the man who pushed the sport to the present heights it enjoys today.

After the 1932 Olympics, and even though Mark was primarily interested in weightlifting, he also came up with some new angles for gaining weight and muscle and also began to recommend an abbreviated type of training which included a lot of leg work to stimulate physical reaction from within. By 1933 a number of super-heavyweights emerged as a result of his teachings. some of these turned their efforts to lifting and did reasonably well, while others continued on their weight gaining spree, resulting in some of the first "monsters" of accumulated bulk. I myself benefited by his teachings at the time, but being more conservative I did not achieve the huge size that was possible. However, while under his guidance and upon his insistence, I did enter and took second place in the '34 Nationals. In 1936 I had the occasion to train in York with the champions and that year I succeeded in winning the title and a berth on the Olympic team.

By this time we had several potential world champions. Tony Terlazzo came through to win that year, the first American to do so. America was making its bid in the world of weights! Mark again coached the U.S. team at Berlin. Shortly after this Mark gave up coaching and Bob Hoffman succeeded him and continued to support and help our lifters on their way to the top.

During his reign as editor of Strength & Health magazine Mark wrote a number of books and booklets devoted to physical training and various parts of the human body. His better known books are Physical Training Simplified, Physical Improvement (two volumes), and Your Physique, which I have already mentioned. His booklets include Big Chest, Big Arms, and Developing a Powerful Grip. He also edited the first all-muscle magazine, The Strongman. This magazine was not published monthly and eventually ceased after 16 issues were printed - a rare collector's item today.

There is no doubt that the teachings and enthusiasm of Mark Berry will continue to be felt by all who knew and respected him. His mark in he Iron Game has been established and will live on even though he is no longer with us.

In more recent years he was present at most of the weightlifting meets in the Philadelphia ares and he often presided as an official. It was at some of these competitions that I often talked over old times with him and the events that transpired during all those years. It was always a pleasure to see and talk with him.

Mark would have been 62 on his next birthday, but his appearance belied his age. His tanned skin and white hair made him look the picture of health. His funeral was simple and short, attended only be relatives and close friends.

Mark H. Berry died in his sleep, peacefully, just as the life he enjoyed with his wonderful family and friends. We hope this gentle soul has found everlasting peace in the Great Beyond.