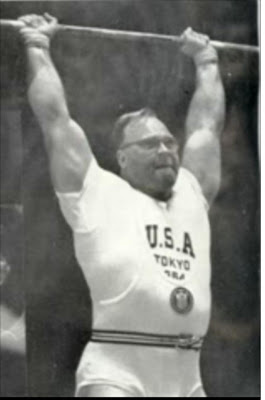 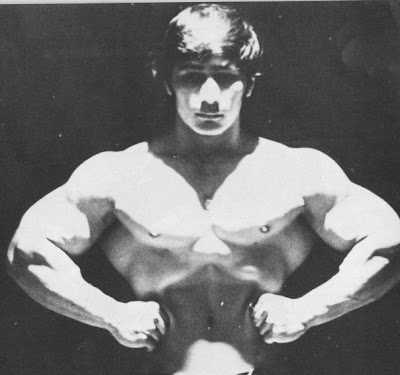 Let the strong man remember that ‘a chain is as strong as its weakest link.’

Often I have been very surprised to find that weight lifters with world-famed names have been possessed of very ordinary grip power. I imagine it was the realization of this which led me, even in my very early days, to deliberately develop my gripping power, feeling I would more or less have the field to myself if I could gain a huge forearm with gripping power in proportion.

And it may be encouraging to the beginner who happens to have a light skeleton, i.e. small wrists and hands, etc., to know that whatever success I achieved was in the face of never exceeding a seven-inch wrist. For years I stayed around the 140 lb. mark, having light legs and bones on the small side. But eventually I worked up to being a real heavyweight (210 lbs.) with a 50-inch chest, 17 neck, 19 biceps, 15 inch forearm (measured with a STRAIGHT ARM, not a bent arm – this is important), 27 thigh and 17 inch calf. So don’t allow yourself to become downhearted if you haven’t heavy bones.

I perfected a set of movements which definitely assisted forearm development and I will describe them for the readers’ benefit because no matter what sport or game you may be interested in – golf, tennis, cricket, boxing, rowing, fencing and particularly WEIGHT LIFTING, you will be much handicapped if deficient in grip and helped considerably if you have a ‘grip of steel.’

First of all, no matter what kind of exercise you practice – light dumb bells, heavy chest expander, light weight lifting practice, how known as weight training, always emphasize to the full extent of your power the WRIST MOVEMENTS. At first this will be a distinct effort, but you must insist upon turning the wrist inwards at, say, commencement of the movement, and outwards at the end of the movement. Deliberately relax and contract your muscles as you do this, use your will power. In time all this will become fairly mechanical, you certainly won’t forget to work this way. You will notice as the hundreds of repetitions grow into thousands and tens of thousands that YOUR FOREARM IS IMPROVING RAPIDLY, also your grip. This applies to your weight lifting.

I have seen no one up to date who used WRIST FLICKS IN LIFTING to the extent which the late Arthur Saxon did. When, with very little practice, he swung a 187 lb. disc bell from the ground overhead in one clean sweep he first turned the bell up on end by a powerful twist of his huge wrist, then as it surged upwards he gave it a second flick to help it on its way. This wrist flick was the secret of Arthur’s ability to bring up really heavy dumb bells or kettle bells whilst holding well over 300 lbs. overhead in his right hand for he was able to use the power of grip without disturbing the weight overhead.

I myself had realized this whilst only a junior lifter and besides the foregoing system of wrist work – whilst exercising of lifting used special forearm development exercises with weights as given below:

1.) Stand with a fairly heavy dumb bell at the side of the thigh. Work it first wrist outwards, then wrist inwards till tired. See that the wrist movement is as big as humanly possible.

2.) Then, without putting the dumb bell down, twist the front end of the bell upwards to the front, then flick the back end up and the front end down. Again, until tired, you must occasionally add a small disc to the dumb bell until you reach your limit. This is one of the greatest secrets of gaining strength and lifting ability, being a gradual progression.

3.) Using a bar bell instead of a dumb bell, stand with the weight resting upon your thighs. Now pull it up to the shoulders and lower again, using wrist flicks, NO FOOT WORK WHATSOEVER BEING ALLOWED. Repeat until tired.

4.) With a suitably weighted bar bell (not too heavy), stand at attention, legs straight, back straight, and arms straight also. Pull bell up with the palms down, elbows jammed into the sides, no movement being allowed except an upward raise of the bell until the forearms are at right angles to the body half way up to the shoulders, knuckles turned well up, WRISTS NOT BEING ALLOWED TO DROOP. Hold for two seconds, return and repeat till tired. This is known over here as a RECTANGULAR FIX and I once did a record of 148 lbs. raised then held from below and 178 lbs. lowered then held from above. But no doubt much higher poundages than this can be achieved, and fair weight for the average physical culturist to use in the rectangular fix exercise for forearm development would be about 70 to 80 lbs. at first.

5.) Then we come to other aids to grip power. There is the WIND UP where you fix a rope to a round wooden handle and attach discs to the rope. With the arms at right angles to body, elbows well in and palms down, wind the weight up until it reaches the wood handle, then lower it. After tiring yourself with the palms down, repeat with palms up and gradually increase the weight of the discs. In full training I used to wind up a 56 lb. weight many, many times.

There are also some useful grip machines of different designs, e.g. nutcrack, gripper, etc. Start with a light one and later, use a strong one, even if you have to get it made specially.

I reached a genuine 15-inch forearm measure this way, and Saxon measured about 14. Georges Hackenschmidt and Sandow slightly less. The only forearm I came across larger than my own, in spite of my small wrist measure, was that of Apollon, the French Hercules, who was a good 16-inch forearm and well over 20-inch upper arm in his prime and capable of some marvelous grip feats.

Now I come to feats which can be performed AFTER gaining great forearm development and power of grip.

You will find yourself able to use dumb bells with thicker handles and you will have some fun with this. I myself have had unlimited fun over a long period of years with the famous Inch challenge dumb bell. I have never yet disclosed the actual measurements or weight of this historic bell, but may say that it was not a long way from the 200 lb. weight with a thick handle, so thick you couldn’t span it. No one ever even lifted it off the floor single-handed and that includes many famous lifters. Saxon himself tried over a long period of years and admitted it was his great ambition to be the first to lift it. I can see him now sat with his chin upon hand thinking deeply and asking me again and again to lift it so that he could see ‘how it was done.’ Maurice Deriaz from tried hard, he was a fine lifter, having wrestled Hack, and he did 240 lbs. once clean and jerk. Padoubny and the whole troupe of wrestlers and strong men at Hengler’s Circus (now the Palladium where Danny Kaye recently appeared) all failed, though I left the bell with them for a fortnight with an offer of £200 to anyone who lifted it. No one moved it until I turned up at the end of the two weeks and lifted it AT LESS THAN 168 LBS. BODYWEIGHT. Later, when heavier in bodyweight, after raising the bell overhead using the arm push and not the bent press from shoulder, I used to bring up a 76 lb. dumb bell with the left hand to make up my record two dumb bell anyhow lift and perhaps a little bit over. When in the mood I used to offer £5 AN INCH so that anyone raising it knee high could have claimed about £100.

When making this challenge I always stood with the bell held in my LEFT hand, sometimes at my side, sometimes up on end on my thigh. I used my left hand for the example pick up so as to retain full grip for the pull in to shoulder with the right when the real test came.

The apparent ease of the pick up and the £100 for knee high only always brought forward competitors. About 20,000 strong men, gymnasts, boxers, wrestlers, etc. tried over 40 years but no one moved this dumb bell and it is now, like myself, retired from competition.

I found that I could pick up a 450 lb. bar bell with thick handle in the one hand dead lift and again never found anyone to equal this feat, not to lift my challenge gripper which all the strong men and famous heavyweight boxers (Joe, Baksi, Billy Conn, Gus Lesnevich, Freddy Mills, Don McCorkindale, etc.) have tried with varying success.

I was able to pull two strong men with one finger, or three weak ones, and it is certain that the grip helped me in one hand clean lifts (247 lbs. to the shoulder one day) and a dumb bell swing of 182 lbs. (unofficial, but my personal record). And remember, I always used a thick handle as I found that the thickness of the handle didn’t trouble me.

Here’s an important tip – learn how to concentrate for grip tests. Although I appeared to have a smiling face during the thick handled dumb bell lift and the closing of the challenge gripper etc., I actually had deliberately trained myself to add to the power of my 15 inch forearm by a long course of will power training, studying auto-suggestion, self-hypnotism, etc., in a big way.

I always felt that I had gone a little further in this respect than any other strong man I ever met, so now you will begin to understand some of the things at the back of the unliftable challenge dumb bell. I reckoned that no man was likely to come forward with:

2.) the same power of tremendous concentration.

3.) the same method of taking hold of the dumb bell, same speed of lifting it, etc.

The biggest man who ever tried was some 6 foot 8 inches high and about 330 lbs. weight. He had swung Indian club of unbelievable weights and I felt nervous for the first time. But after complaining of the hardness of the handle and being asked if he expected it to be made of India rubber, he retired grumbling in a foreign language. Because he lacked several qualities necessary and his gigantic size availed him not. Ever after I never worried again.