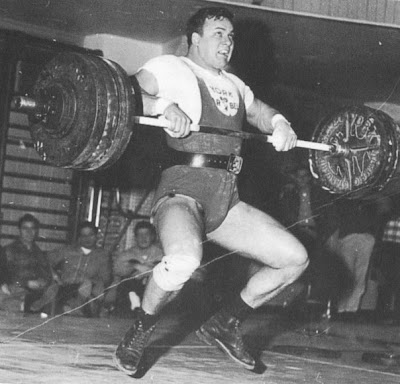 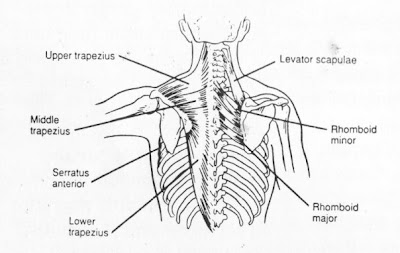 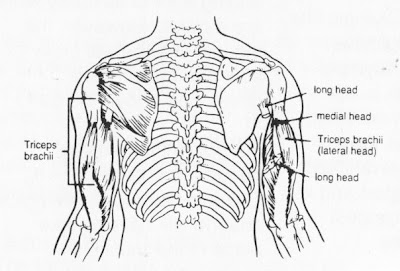 
Looking at things from the other side of the fence, where if one were a powerlifter and decided to try Olympic lifting, what considerations would need to be addressed? First, the question arises; can an individual train and compete effectively for both power and Olympic meets? The key word in this question is the word “effectively.” This makes the answer to the question “no.” A person should, for the most part, choose one sport and stick with it.

The Olympic lifting coach’s reply was rather discouraging to the powerlifter. He stated that powerlifts did not translate at all to Olympic lifts because of the explosive nature with which Olympic lifts are done. This is not entirely true. Olympic lifting, although it requires more athleticism than powerlifting, is still a strength sport and in most cases the strongest person usually wins.

It becomes obvious at times that some members of the Olympic lifting community are prejudiced in a negative way to powerlifting. A lot of this is due to ignorance because of a lack of serious exposure to powerlifting. Also, the powerlifting community is somewhat to blame for these prejudices by making a sham out of their own sport with all the ridiculous wraps and support gear. This, combined with several organizations claiming jurisdiction over powerlifting, has greatly compromised its credibility with a lot of Iron Game purists. It has now unfortunately gotten to the point where some members of each sport are practicing a form of athletic snobbery towards each other.

One thing certain about a powerlifter becoming an Olympic lifter is the fact that a lot of patience and perseverance will be required. As discussed in my previous article, discontinuing bench pressing and adding a lot of flexibility work are a must. However, the biggest change will be in how the muscles are developed above the belt.

If a powerlifter expects to become a successful Olympic lifter, a psychological change will have to take place in the muscles surrounding the scapulothoracic joint (See Figure 3). In powerlifting, mainly in the bench press, the muscles around the scapulas (shoulder blades) travel in an anterior to posterior direction (back and forth). In Olympic lifting these muscles travel in an inferior to superior direction (down and up). These muscles around the scapulas, the rhomboid minor and major, the levator scapulae, the serratus anterior, along with the trapezius, plus the long head of the triceps (Figure 4), in powerlifting never move or stabilize weights. If one were to look closely at Figures 3 & 4, one would see that the levator scapulae, the rhomboids, and the long head of the tricep are connected directly to the scapulas.

If an individual moves weights over a long period of time, let’s say in anterior direction from the body, then suddenly changes to a movement in a superior direction, the muscles around the scapulas will take some time to adapt to the new movement. Most powerlifters who have been powerlifting for a long time will not have the patience to wait until their bodies adapt to doing Olympic movements comfortably.

Bench pressing puts very little developmental stress on the rhomboids and levator scapulae, and it puts a much different type of stress on the long head of the triceps than an overhead lift. An antagonistic movement to bench pressing like bent barbell rows or seated cable rows will indirectly build size in some of these muscles, but will not develop the vertical prime mover and stabilizing capabilities in them.

The only thing that will accomplish this is overhead lifting, free standing, in essence by doing whole Olympic lifts or a part thereof. It wouldn’t hurt powerlifters at the beginning of their lifting careers to do some form of overhead lifting. Basic movements like freestanding military presses and push presses give the upper body a much better foundation of basic power than the usual horizontal champ movements.

Also, some explosive movements like high pulls or power cleans could very well help a powerlifter out of a training rut. I remember my old friend George Frenn did a lot of power cleans. George knew that some explosive movements in his training would help him in his hammer throw. I also believe this transferred over to some of George’s super powerlifts, which included one of the first official 800-lb. deadlifts.

Many powerlifters can deadlift huge poundages, which translates to a fantastic first pull for a snatch or clean. However, it usually ends there, at about 16 to 18 inches of vertical movement from the floor. In a snatch or clean, the movement doesn’t end there. To effectively clean a weight, a second pull sometimes equal to the distance of the first pull (deadlift) is needed again, and in the snatch at least two times more vertical height of distance is needed. Also, to get this extra vertical height requires an explosive movement rather than a static movement.

In powerlifting, lifters use simple compound static (slow and deliberate) movements in their lifts. Years of this type of movement by the muscles could make it more difficult to move weights in an explosive manner.

As an example, a little over 20 years ago I had the privilege of training with one of the more proficient powerlifters of that time, Marv Philips. Marv was a rather fun guy who was game to try anything new that could help his lifting. He was a tremendously strong man with a very imposing physique.

During this particular workout that comes to mind, Marv asked if I had any suggestions on how to improve his deadlift. I suggested that he try to improve his second pull like Olympic lifters do. One exercise I recommended was the power clean from the hang (above the knee). So we loaded 205 lbs. on the bar for some light cleans. I pointed out that it was imperative that he deep the bar close to the body in this exercise. I said, “Shrug with the traps in an explosive manner to accelerate the bar in a vertical position.”

Well, Marv proceeded and the results were rather ugly but at the same time awesome. He proceeded to shrug the barbell upwards. When it reached the height of his sternum his natural instinct was to try and pull the bar the rest of the way with arm power. However, because of his tremendous arm girth, the bar just stopped. I said, “Try another rep, if you can’t shrug the bar high enough to rack it on the shoulders, dip down into a quarter front squat and whip your elbows under the bar.” Well, this was easier said than done. Once again, Marv’s monstrous arms, arms that most bodybuilders would have given their eyeteeth for, got in the way.

After half a dozen futile tries, Marv was getting a little PO’d. What he did next knocked me over with amazement. He displayed on of the most impressive demonstrations of pure arm strength I have ever seen. He literally did a reverse curl with 205 lbs. His bodyweight at that time was between 215 and 220 lbs.

Muscling up Olympic lifts with raw power is not new. A lot of the oldtimers years ago had atrocious technique compared to today’s standards. However, to be successful today in Olympic lifting, one must develop an efficient technique. Having large muscular girths in the deltoid and arm area does not mean a lifter can’t develop sufficient flexibility to snatch and c&j big weights.

I am not convinced that my friend Marv could not have eventually mastered doing power cleans. Others have done it and been successful. An example is bodybuilding legend Sergio Oliva. Some might remember that the former Mr. Olympia was an accomplished Olympic lifter. When I first saw Sergio in the 1965 Mr. America contest, the announcer said he had done lifts that had totaled 1000 lbs. including around a 400-lb. clean and jerk. Sergio proved some of his stuff a year later by easily placing in the AAU Junior Nationals with a total of over 900 lbs.

Another power bodybuilder with impressive girths who later became a prominent Olympic lifter was Phil Grippaldi. Before he retired from Olympic lifting, Phil clean and jerked over 450 lbs. at 198 lbs. bodyweight.

Back in the old days, prior to 1972, the press was the king of the lifts in American Olympic lifting. It was not uncommon for some Olympic lifters to spend as much as 50% of their training on pressing movements. any of these press-oriented lifters cross trained simultaneously for both Olympic and power meets. The presence of some of these power-oriented lifters sometimes made for some very interesting Olympic lifting competitions. Invariably what would happen was the pressers would take an early lead. Then the quick lifters, the snatch and c&j specialists, would have to play catch up. This made for some very interesting cat and mouse games that added more to the drama in Olympic lifting.

In the early days of powerlifting in the 1960’s, a number of lifters competed in both sports. at times it was hard to tell which sport was their primary forte. Former 148-lb national champion Larry Mintz was also a national champion in powerlifting. Homer Branum in the 165-lb class did likewise. However, to really encourage any powerlifters who may have the inclination to delve into Olympic lifting, one can’t leave out the story of Ernie Pickett (sometimes known as George Pickett).

Ernie was responsible for probably the biggest upset in U.S. Olympic lifting history. In 1967 Ernie was a nationally ranked superheavy in powerlifting. In 1968 he decided to concentrate most of his efforts on Olympic lifting. The results of Ernie’s efforts were catastrophic for one particular heavyweight, Bob Bednarski.

At the Senior National Olympic Lifting Championships, American heavyweight, Bob Bednarski shattered the American record in the total. He also clean and jerked a world record of over 480 lbs. At that point Bob was touted as the only heavyweight in the world who was capable of challenging the big Russian, Leonid Zhabotinsky, for an Olympic gold medal at the Mexico City games.

Well, as fate would have it, Bednarski stumbled at the Olympic trials several weeks later. Bob had an off day and Ernie Pickett had the best lifting day of his life. The results were, Ernie went to the Olympics and Bob stayed home. This would not have happened if Ernie had just been satisfied to sit back on his laurels as a nationally ranked powerlifter.

The defeat by Ernie Pickett in 1968 took a lot of the fight out of Bob Bednarski and was the beginning of the end of his lifting career. Even though Bob won the World’s Championships a year later in the then-new 242-lb. class, he never reached the level of excellence he showed at the 1968 Senior Nationals.

Powerlifters can become proficient in Olympic lifting if they have the desire. Coaching on modern lifting technique should be sought. With the right attitude and handling, who knows, maybe there is another Pickett out there among the great stable of American powerlifters.