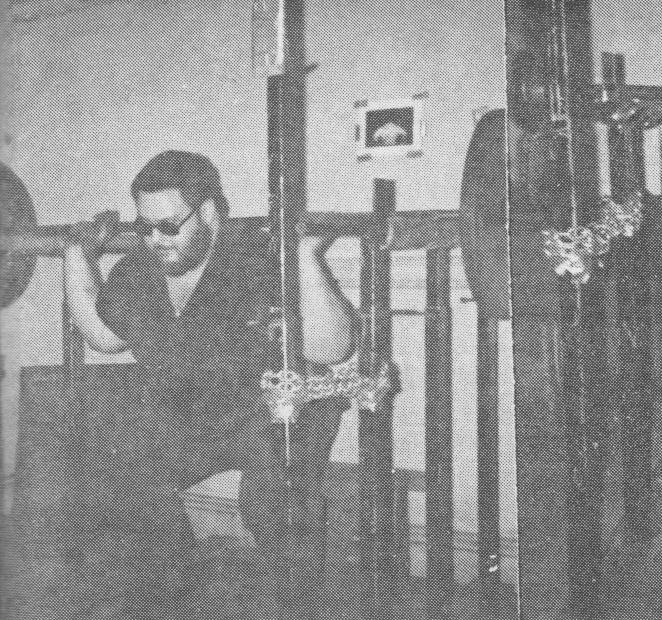 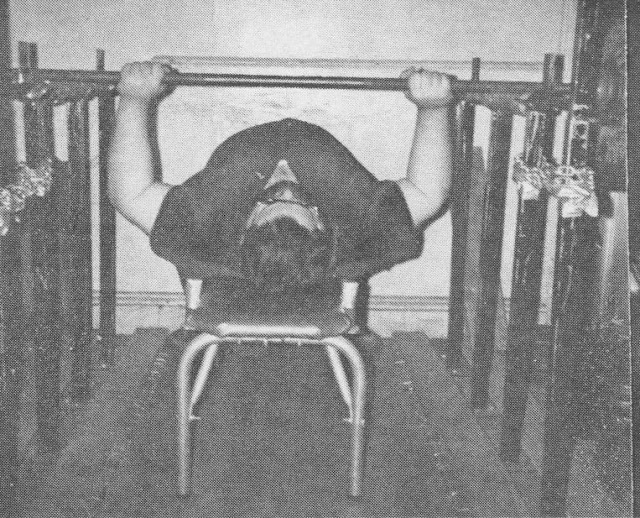 The June 1964 issue of Lifting News carried within its pages a most interesting and informative article on Power Rack training and the use of a most unusual application principle entitled "The Theory of Maximum Fatigue."

Since the developing of power is both important to the strength addict and bodybuilder alike, I have decided to reveal here for the readers of Iron Man my own personal experiences with this system.

Power rack training is not entirely new. Harry B. Pashall (the author of Bosco)

So you see, power rack training is not new by any means. Paul Anderson, the strongest man who ever lived, used a similar training principle when he would do partial presses from chains hanging from the ceiling in his gym. [Also search "Bob Peoples"].

Pat Casey even had a power rack attached to his bench pressing bench so that he could perform bench presses from different heights off the rack.

For every powerlifter or weightlifter who does not perform any power rack training there must be at least one who does. And while this system is not entirely foolproof and also has its drawbacks, it does offer the trainee a safe way of overloading the muscle groups with heavy work.

The use of the power rack in your training can make you terrifically strong. It will also give you a great deal of confidence when handling heavy weights without the rack. Another facet of rack training that is often overlooked by bodybuilders is the fact that power work on the rack is one sure way of bulking the physique to the utmost bodyweight one could possibly carry. This will enable the trainee to lay the foundation for future physique greatness, when he then would adopt a more suitable routine for increasing the shape of the muscles, not the size. Believe me, if you're a bodybuilder who is sadly lacking in size and power, rack work is the answer to your problem.

You'll find a few more ideas to work with here:

Very frequently I receive inquiries from underweight men who wish to add greatly to their power and size, and nine times out of ten when I advise them to do some work on the rack they appear mystified at the suggestion. "But I thought only powerlifters work on the power rack," they say. "What good would that type of training do me?" They just can't seem to realize that rack work is suitable for anyone who is intelligent enough to appreciate its great value and use it.

For the bodybuilder, it enables you to work in complete safety. You cannot get caught under a heavy bench press bar; the pins on the power rack will hold it for you. You cannot fall forward under a heavy squat; the rack will prevent this. When performing seated barbell presses you do not have to clean the bar before pressing; the bar can be rested on the pins of the power rack between reps and sets. All the above leads to only one thing: training confidence and a saving of training energy. Both of these will lead to greater gains.

The bodybuilder will also be able to work his muscles from unusual angles when facilitating the use of the power rack. For instance, with the usual performance of the two arm curl, most men bend forward slightly when commencing the movement and also backward at the end of the movement. This leads to incomplete development as the biceps muscle does not work through its full range of motion using this procedure. With the power rack the pupil can set the supporting pins at three different heights and perform curls from each one, beginning from a dead stop. This way the arm muscle is worked through its entire range and should respond, in time, with further growth.

So you see, under the proper conditions, power rack training and bodybuilding go hand in hand.

For powerlifters, rack work is a must. It is the one safe, sure way for a lifter to work his weak points in order to overcome sticking points and increase his limit attempts. Let us say, for instance, that the weakest point in your bench press is when the bar is just about four or five inches off the chest. Well, you could merely place the supporting pins in the proper position and start your bench presses from this point. In time, such heavy saturation of sectional training such as this will surely increase your overall power and might even turn your weak points on certain lifts into your strong points!

For power and Olympic lifters, we must not forget that such training would be very useful in gaining muscular bodyweight in order to move into a higher weight class. This would also enable the lifter to be sure that the weight he has gained is useful bodyweight, not just bloated, useless tissue some bodybuilders develop from using weights that are TOO LIGHT!

So far what I have been trying to point out to all of you is just how great power rack training really is. This, however, is not to say that I would recommend it to everyone. Some men are too old to undergo such a severe program. And believe me, if you work as hard and as heavy as you are supposed to in the movements, such a routine can really be a killer! We must bear in mind that as man becomes older his bones and tendons become less and less flexible and tough. Muscle strains and torn ligaments are definitely to be avoided. This is why I say that the older men should rely on the more average routines which appear in Iron Man with great regularity. Also, I would never recommend such a routine for too young a boy. His bones have not fully grown and such hard training would almost certainly bring about some sort of arthritis or bursitis in later years. There is also the possibility of muscle strains in the overly-ambitious young. So you see, even this type of training has its bad points as well as its good. But, on the other hand, we must remember that its good points greatly outweigh the bad. 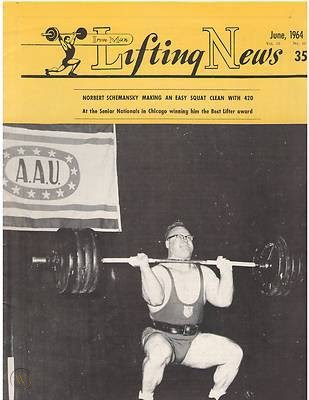 had within its contents a training principle used extensively by Dr. Craig Whitehead and powerlifting champ Terry Todd. It is entitled The Theory of Maximum Fatigue. These men used this principle in conjunction with rack work and reaped great gains in both bulk and strength.

The Maximum Fatigue theory as put forward by Whitehead and Todd is, in simple terms, an extremely heavy overload training principle which allows the subject to activate more muscle fibers by the continuance of overload and stress. And what does this all mean to you? It means that the use of this principle coupled with rack work, almost guarantees you an increase in muscle mass and muscle power. And this is what we are all after, is it not? So let us then move on.

The performance of this principle of maximum fatigue is relatively simple. You merely break each movement into three sections - low, medium, and high. You set two sets of pins up for each section of the movement. For instance, the low position of the deadlift would be from the weight on the floor to just below the knees. You would then select a weight which you could pull from the floor to up against the first set of pins, which as said before, would be stationed just below the knees. You perform each repetition slowly and steadily from the floor to up against the pins and back down to the floor again. Now here is the hard part. At the end of the third repetition when the bar reaches the pins at below knee level, you then pull with all your might against the pins for 8 to 10 seconds. Then you lower the bar to the floor and try to perform one more repetition. When in time you are finally able to perform this last repetition, it is time to raise the training weight. It is this extra forcing and straining which activates the usually unused muscle fibers and enables you to stimulate them into greater size and strength. This then, in a nutshell, is a revamping of the Theory of Maximum Fatigue.

I have been using the power rack and the maximum fatigue theory for some time now and I have made satisfactory progress from this system. The movements I chose for my rack work, considering that I favor power lifting and bodybuilding both, are: the bench press, the seated press, the full squat, the deadlift, and the upright row. I have a dded greatly to my strength and also to my muscular bulk.

On Monday and Thursday I perform the following routine on the rack:

I then finish off this routine with either strict curls, parallel dips or flyes. These are performed in the normal bodybuilding fashion. I use, however, weights that I cannot perform more than five reps with.

On Tuesday and Friday I perform the following routine:

After this I end with the following: the parallel bar dip, the bent arm flye or the cheat curl, and there you have it, one sure way to increase you power and size using complete safety and intense concentration.

Remember to break down each movement into three parts: low, medium, high. Perform 3 repetitions for each section, holding on the top pins on the 3rd rep and then lowering and trying to force out number 4. When this is finally possible, it is time to add weight.

In order to really gain on the heavy type of program you must eat a very nutritious diet. Large quantities of meat, eggs, fish, beans, potatoes, green and yellow vegetables, fresh fruit and the like must be used if you are to gain. And remember, of course. to get lots of rest and plenty of sleep.

I wish you all the success possible with this routine.
It certainly has worked well for me.