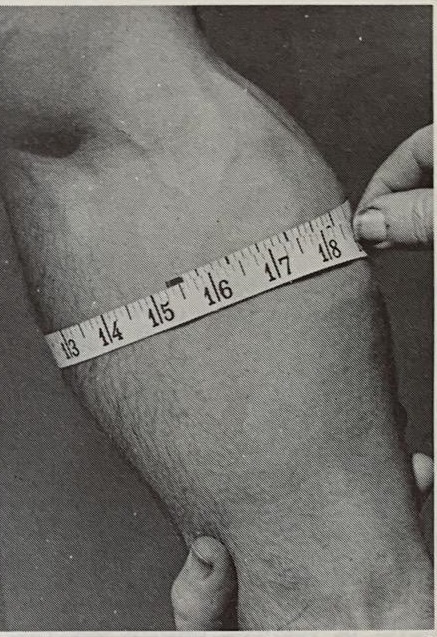 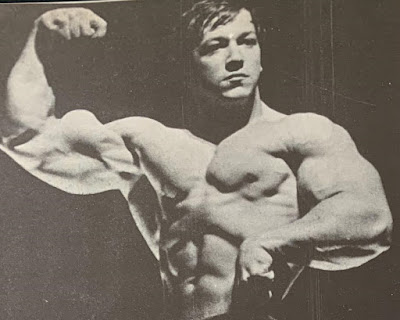 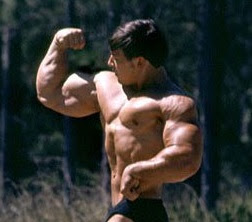 Sometimes we get so close to a training technique that we don't even think about it. The following phone call reminded me of a wonderful forearm program I'd forgotten about. The call was from a fellow named Emil, and he sounded pretty upset. It went something like this . . .

"Larry," he said, "there's no way I can use the weight you're telling me to use on forearms.?

"I know, Emil. It takes time to build up strength, but be patient. You probably weren't doing forearm work before, were you?"

"Yes, I was, but the weights I was using were less than half of what you're suggesting."

"No, I'm not," he said. "Especially the ones you have me using for the palms-up exercises. They're three times heavier than what I was using!"

"Are you keeping your fingers and thumbs together rather than wrapping your thumbs around the bar?"

"Yes, I am, he replied. "I already read that in one of your article. I wouldn't be able to use nearly as much weight if I didn't hold the bar that way."

I continued to try to identify the problem. "What kind of bench are you using?" I asked.

"Oh, just a regular flat bench," Emil replied. "I know you've mentioned that these should be done on a special bench, but I don't have one. I only have the flat bench."

"That explains it," I said. "The normal flat bench just won't do it. There's no way you're going to be able to handle a heavy weight using a regular flat bench. You have to be able to get your knees around the bench and your hips lower than your forearms in order to get the weights up.

"When you work forearms on a regular flat bench, you have to hold your forearms way out just to keep the plates from hitting the bench," I continued. "Not only that, but there isn't any way to get the heavy bar into position. That's the reason you can't use much weight. Granted, you can always straddle the bench with your forearms hanging off the end, but it still limits your strength because your hips are higher than your forearms. When that happens, it's almost impossible to use any body English to help you with the really difficult reps - especially if you're heavy down there and you want to use real heavy weights. And you want heavy weights because they build the power even if you're only using partial reps. In fact, the heavy reps you do aren't full reps - they may be only 1/4 or 1/8 reps."

"What!" Emil exclaimed. "You mean I'm not supposed to to full repetitions all the time?"

"Oh, no. Not with the heavy weights. The high poundages are for building tendon strength as well as confidence. The lighter weights are the only one you do full reps with."

"Oh, no wonder. That explains why you've listed such heavy weights for me. I thought we were supposed to be doing full reps."

"I'm sorry I didn't make that more clear originally," I said. "I thought I had explained it better. You see, the purpose of working forearms, besides the fact that you want to build giant forearms, is to build power to do heavy biceps curls so you can have great arms. You can't use heavy weights on curls unless you can get your wrist curled, and that's the big limiter on biceps size. So you have to build wrist tendons as thick as pencils. That takes some big iron.

"As the weights get heavier and heavier, the movement becomes increasingly less of a full repetition, in which you let the bar roll all the way down to your fingertips. After that sequence you finish off the series with 3 to 5 sets of down-the-rack EZ-curl bar reverse curls for the back of the forearm. Then you rest a little and repeat the entire series with a 10% decrease in weights. Do that two or three times, and it ought to do the trick."

For those of you who aren't familiar with my forearm program, here's an excerpt from my book Loaded Guns that gives the details:

Let's assume you have your 12-by-12-inch padded bench, a heavy Olympic bar on one side and a lighter bar on the other side. You will need both bars because you are going to be supersetting without any rest between heavy and light sets. You will not have time to change weights, so both bars are essential.

Let's talk about the actual exercise. I suggest 20 repetitions of wrist curls with the heavy bar. I would suggest using only the middle three-fifths of the movement. This one is supposed to be done heavy. Then, without any rest, switch to the other side and do 20 more repetitions with the light bar. This set should be done with complete, full repetitions. All the way down to the end of the fingertips and back all the way to the top. After you have done three or four series of these two exercises your forearms should have a nice healthy glow with a fire around the wrist area.

We then go immediately to reverse curls and do a series of descending-weight, reverse-grip curls, using only the middle three-fifths of the exercise. Do three or four [drop sets]. This will be one series. Repeat the series three or four times.

This is a great forearm workout, and I can truly say I love it. It's the greatest pump we have in our program and the gains are unbelievable.