Thanks to Bob Wildes for This! 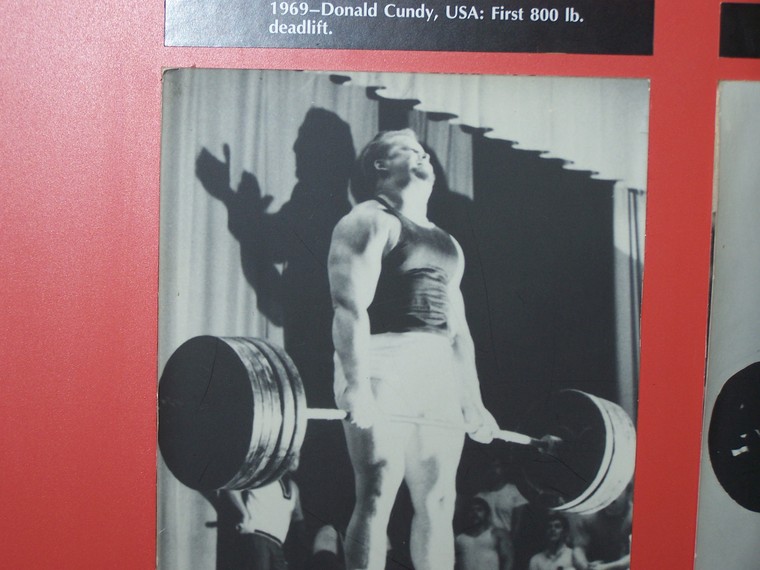 In my experience, training the deadlift for competition in powerlifting has always been a difficult job. Not only is the exercise itself a very exhausting one, but factors such as the number of sets and reps, number and type of assistance exercises, how heavy to train, and the frequency or timing of the workouts complicate training procedures tremendously.

Since the lifter will win or lose the contest on the basis of the TOTAL poundage lifted, the training schedule adopted for one lift must be carefully planned so that it doesn't detract from the progress of the other two lifts. Ideally the training routine for the three lifts should complement each other, particularly on the squat and deadlift - something that is easier said than done.

It is my opinion that while the types of exercises used in strengthening the muscles for a lift are important, the SPACING of the workouts to insure sufficient time for the body to rest and rebuild worn out tissue is of equal, if not more importance. Probably one of the most common mistakes of powerlifters (as well as Olympic lifters and bodybuilders) is OVERTRAINING, usually resulting from efforts not to undertrain. As most successful weightlifters and bodybuilders already know, any type of physical exercise tears down the muscular tissues involved and it is only during the periods of rest between workouts that the body gets a chance to concentrate on repairing worn out tissue and building more. If the lifter does not allow enough time between workouts, the body may not be able to get the rebuilding job done. When this happens the lifter "goes stale" and may even get weaker.

When planning a workout schedule I consider three main factors:

1) What exercises work the area best.

2) How do I space the exercises for a particular lift (in this case the deadlift) to allow sufficient time for the muscles involved to recuperate.

3) How should I space the exercises for all the lifts so that my general energy level will be high for the days I try limit poundages.

While it should be emphasized that every lifter is different and consequently needs different amounts of rest between workouts to maximize his gains, the rest of the article will describe the system that I have found works best for me.

Over the years I have found that I recover comparatively slowly from a workout and therefore have to allow a considerable amount of rest time between heavy training sessions. The system I have worked out to give me the rest time I need is is a program where the muscles involved doing the three powerlifts are worked twice a week, once heavy with single repetitions and once light for a fairly high number of repetitions. More specifically it goes something like this:

Saturday: heavy benches and shoulder work, followed by moderately heavy squats and repetition power cleans in sets of 6 until I reach close to my limit for that number of sets and reps. This is followed by some sort of tricep and bicep work.

Monday: medium benches and some light shoulder and lat work - no leg or back work.

The Wednesday squat and deadlift workout warrants some further explanation. As anybody who has done these lifts knows, squats and deadlifts both work the back and leg muscles heavily and I find that if I do my limit on one I can't reach my maximum on the other in the same workout session or for several days thereafter. To get around this problem I do BOTH heavy squats and deadlifts on Wednesday but I alternate them ever week so that one week I do deadlifts first and the next week squats first. This allows me to see what my real limits are on each lift every other week and at the same time by doing both together I obtain added endurance for contest situations. With this schedule I can go heavy on each lift once a week and get from four to five days rest between the heavy singles workout and the medium repetition session which preceded it. This gives my muscles enough time to rest and lets me keep my overall energy level high.

As I just indicated, I do heavy back work only once each week. The exercise I have found best for building basic deadlifting power is the stiff-legged deadlift while standing on a block. This allows a deeper, fuller movement to be performed, exercising the whole spinal erector area thoroughly. If the lifter keeps his body bent slightly forward to avoid dragging the bar up the thighs the upper back and trapezius will be heavily worked as well. After working up to my limit in the SDL I then remove the block and with the aid of two spotters I take a weight approximately 150 lbs. in excess of my limit in this stiff-legged style and hold the weight in the completed deadlift position for approximately 15-20 seconds, finally lowering the bar to the ground as slowly as I can. By doing this last assistance exercise I accustom my body to weights slightly heavier than I plan on attempting in competition and strengthen my grip at the same time.

The term "power clean" has often been misused so I would like to point out that I consider a power clean to be a smooth continuous pull from the floor until the bar is fixed at the shoulders. There should be no bending of the knees or dropping under the bar of any kind while the lift is being performed. If the lift is done in this manner the traps are worked very heavily and quick explosive starting power is developed for the deadlift. By the way, both deadlifts and power cleans should be performed WITHOUT straps since the use of such aids will tend to weaken the grip.

The above system has worked well for me and will work well for many of you. It should be remembered, however, that it isn't necessary to follow the system exactly. The general principles are the important thing and the individual lifter should feel free to modify it to suit his own personal needs.