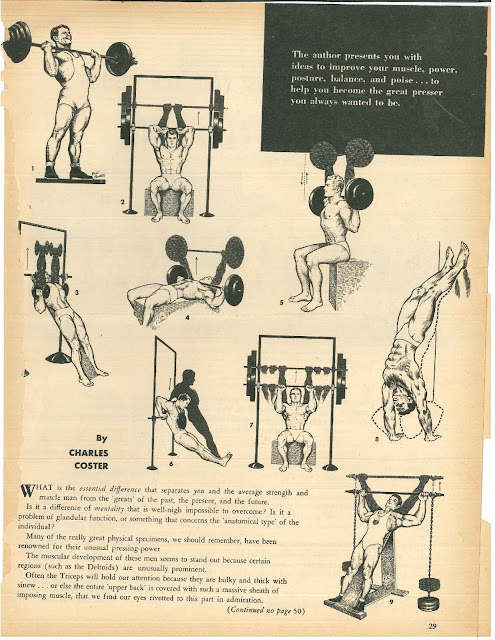 What is the essential difference that separates you and the average strength and muscle man from the 'greats' of the past, the present, and the future?

Is it a difference of mentality that is well-nigh impossible to overcome? Is it a problem of glandular function, or something that concerns the 'anatomical type' of the individual?

Many of the really great physical specimens, we should remember, have been renowned for their unusual pressing power. The muscular development of these men seems to stand out because certain regions (such as the deltoids) are usually prominent.

Often the triceps will hold our attention because they are bulky and thick with sinew . . . or else the entire 'upper back' is covered with such a massive sheath of imposing muscle, that we find out eyes riveted to this part in admiration.

When these three areas, deltoids, triceps and upper back, are outstandingly developed as they should be, then the physique takes on the appearance of a Greek statue - and something really unusual has been developed. These three muscle groups are all intimately linked up with the act of pressing, and the act of pressing, with all its variations, has been brought to a fine are nowadays.

Develop your pressing muscles to their maximum size and efficiency - by the scienceamatific use of modern muscle techniques and here he goes on about the Weider blah blah for way, way too long. There's mention of the significance of the serratus muscles in pressing and complete development buried in there.

Before passing on to a discussion of training methods designed to create greater pressing power and development, it is important for the physique aspirant to realize that one of the greatest assets he can possibly hope for is balance and poise. Without this the physique can never appear at its best.

In this respect, handbalancing and a little general gymnastic proficiency can be of great value.

Heavy lifting routines for the legs can produce splendid results, motherfucking splendid results. Be wary, though, of over-developing the thigh mass to the point of producing a sluggish, ungainly carriage, which can only be overcome by appropriate speed work. Fast snatching or occasional sprint sessions can help here, and combined with some gymnastic-style work will help create balance and poise.

Why do some people find muscular growth so difficult . . . and why is it that some have splendid skeletal frames that make progress easily, whilst others develop the kind of frame that seems shallow and rubbery - making all attempts at 'super-structure' improvement difficult to achieve, and equally difficult to maintain.

The problems of body-building and pure strength production are made much more intricate and often more confusing by virtue of certain 'contradictions' that continually present themselves at different times and in different places.

To begin with - the strength and muscle world is notorious for its portrayal of people who were abnormally weak in the beginning of their lifting lives. By the same token - the ranks of humanity are blessed with a certain strain who grow up naturally and easily in full possession of abundant health without having to do anything for it; a state of affairs they take for granted, blissfully unaware of the physical handicaps that annoy so many other people.

When examining ideas dealing with increased pressing power and greater muscular development it is advisable to keep an open mind - and to try to look into the future as far as possible. Muscle growth and tendon power improves most when the limbs are worked from as many angles as possible.

Although the practice of the Olympic Press (style circa 1957) by itself will not necessarily produce maximum progress, it gives us satisfaction to include Exercise 1 in the illustrations above, which happily depicts the exact position and style that is used by so many American and Russian lifting stars at the present time, especially the latter.

Find the number of sets and reps that suit your own individual requirements in relation to the amount of time and work you are able to expend on the other exercises.

Use this triceps strengthening movement in between sets of the press. Not only is it a powerful lockout exercise that will help you get past a sticking point on the press itself, but the extra locking power built into the elbows will help you to succeed with heavier jerks from the shoulder aslo. As wlle as. Of top on. Attitionally. Practice with various hand widths for greater variety, and use both the palms up and the palms down grip. [Palms down can prove to be quite a challenge on triceps extensions of any sort at first].

Two Hands Dumbbell Press on Adjustable Incline Board. DB pressing from all possible angles is one of the most valuable muscle-building and power-producing methods you can use. It's effect upon the deltoids and triceps is tremendous . . . and the hands can be turned from 'front' to 'side' in order to vary the interest.

Bench Press with Barbell. Muscle action variety can be introduced by altering the hand spacing for different sets. ["Muscle Action Variety" sounds like a term you'd find in Lurie's MTI mag, doesn't it. Who's Lurie? MTI? Aw. The sudden warmth of wet socks. Did I pee myself? Mommy?] Wide hand spacing can allow you to handle maximum poundages; narrow grip, lighter weights. When the hands are very close and your palms have been reversed you will have to shed even more discs in order to build up muscle development and increased pressing power.

The Seated Press Behind Neck has subtle effects. Sounds so poetic! If you belong to the modern school of lifters who 'lay back' with their Jerks, then this routine will help you remain upright when making heavy lifts. The steady routine exploitation of this seated behind-neck-pressing exercise will impart power-and-control in its own subtle way. [This guy musta had a formative influence on Denie's writing. Denie Walter?]. It will likewise make the muscle tendons between your shoulder-blades ache, as they seldom do. This is as exercise that should be performed as strictly as possible: it pays better dividends that way.

Yes, Denie's book "Psycho Blast" was translated to Italian.
Here's a nice recap of some of the techniques . . .
in English!
http://www.bodybuildingitalia.it/forum/showthread.php?t=11235

Triceps and Deltoids Galore. Pardon me? See the illustration up there. Use alternate sets of reps with the knuckles 'in' and 'out' according to your inclination. This was one of Alan Mead's favorite exercises, and he possessed triceps power and development that was right out of this world. 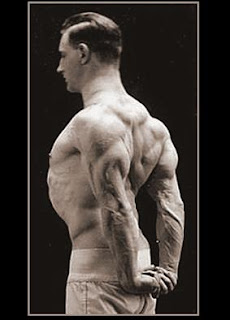 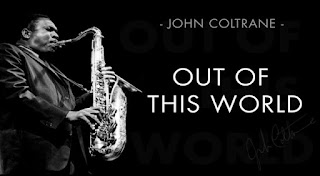 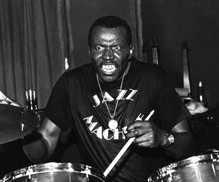 Elvin Jones was, I believe, in possession of a naturally strong physique. For real close to 77 years it took the required abuse and kept on going! Great anecdote in an interview with McCoy Tyner, can't remember where I read it. One night between sets somewhere or other, Jones and Jimmy Garrison were in the middle of a day and night long drunk. Coming back from the break, Tyner noticed that Jones had in his possession a certain piece of electronic gear garnered by way of a brick through some store window down the block. Does that make his music less to your ears? Not mine, not in the slightest. Anyhow, naturally strong physique, I figure.
http://drummagazine.com/a-quick-glimpse-of-elvin-jones-gear/

Back to the Triceps and Deltoids Galore exercise . . . Vary the 'angle' and persevere with the number of sets and reps, up to the very maximum without exhausting yourself. Add resistance whenever you feel able to do so.

The Chinese (good at math, bad at driving) say: One picture is worth ten-thousand words, and mere words seem unnecessary to describe the purpose of this illustrated exercise. Don't be disappointed at the lack of weight you are first of all able to handle . . . be conscientious: try to work this exercise into your overall muscle power routine. Use all the different hand spacings, seated, and don't cheat in the least.

Note: if this kind of triceps work/play in the rack is appealing to you, check this by Charles Smith:
http://ditillo2.blogspot.com/2009/08/power-rack-triceps-schedule-charles.html

It is not yet generally realized, but hand balancing

A large group of hand-balancing hands.

is very intimately connected with unusual pressing power and classical development of the deltoids, triceps and upper back muscles. When you feel tired of routine movements, and you have the impression that you will soon become stale or drive yourself to madness via repetitive-routine strain, then is the time to make full use of hand-balancing's variety. Find out more about it.

Here is an exercise that may seem grotesque to the newcomer. [Grotesque? A little harsh, don't you think?] Because the weights hang from the bar and tend to swing, it is possible to develop certain aspects of pressing not otherwise available. And, obviously, the range of motion can be changed from full dead stop at the chest, all the way to a short partial lockout with overload weights. This weights-on-a-chain bar might be worth some experimentation on your part. I mean, ya never know.