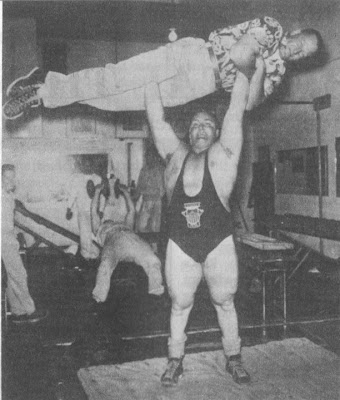 
Many bodybuilders and weightlifters in the U.S. are basically self-taught for lack of organized coaching. As a result, magazines, books and word-of-mouth provide much of the information for self-improvement. This has led to a proliferation of sometimes unsubstantiated and conflicting theories on weight training and nutrition. Manufacturers and distributors of exercise equipment and food supplements inadvertently add to the confusion with claims that their systems and products are the best available and are indispensable for maximum development. Even methods and products used by “champions” may NOT be appropriate for ALL weight trainees.

Individual physiological differences exist among athletes and show up in the capacity and tolerance for work, recuperative powers and nutritional needs. Therefore, lifters must determine for themselves what works best. However, self-experimentation can be hazardous. It can eventually lead to erroneous conclusions that eventually hinder the pace and extent of progress.

This article will present guidelines for designing programs for successful self-experimentation and for analyzing and interpreting the results. These fundamental principles can lead to gains and may save you time, energy and money.

A scientific approach is necessary to accurately evaluate the usefulness of a particular supplement, exercise or routine. Only a properly designed experiment will give results which can be meaningfully analyzed and interpreted to yield valid conclusions. A well designed experiment is systematic and requires some knowledge of the subject matter and common sense.

The key rule in designing an experiment is to add or change ONLY ONE test variable (condition) in any one experiment. This rule must never be broken. (Variables include total caloric intake, amount of protein consumed, number of sets and reps or any other parameter which can influence the outcome of the experiment.) All other experimental conditions must remain constant. For example, to determine whether increasing the number of sets in the press will increase your maximum lift, you must change only the number of press sets in the experiment and no other condition. If you violate this principle and add a second condition, such as consuming more calories, then the resulting added bodyweight will increase your strength, and you can no longer evaluate the added number of sets.

Although it is a simple rule, psychologically it is difficult to follow. For example, if you get excited by the prospect of getting bigger and stronger while using some supplement that Mr. Universe endorsed, then the ensuing enthusiasm can lead to higher quality workouts and diet. The fact is, THREE conditions have been changed, and the one responsible for improvement cannot be isolated and identified. The two other conditions, a higher quality workout and diet, can independently lead to improvement and therefore complicate the experiment with the supplement. A trainee who does not recognize this will often attribute an effect to the wrong cause and subsequently add to the spread of misinformation.

The main obstacle to accurate interpretation of results is the difficulty in distinguishing natural improvement from that induced by some specific action. The history of medicine has many examples of this. For centuries medical practitioners mistakenly believed that blood letting (in some cases using such unsavory methods as suction by leeches to remove “poisons” from the bodies of patients) was an effective therapy for various maladies. This treatment was probably more injurious than curative. Yet when the patients survived the physicians took credit for their patients’ own natural healing powers. Today, people still credit ineffective medicines, methods and foods to improvements in the health, instead of recognizing the adaptive nature of the body.

How can natural progress be distinguished from an experimentally induced improvement? Do you really know whether you became stronger because of those pills you swallowed every morning, or can it be that you would have gained the same strength anyway as a result of progressive resistance exercises?

Modern experimental techniques utilize CONTROLS to distinguish the two possibilities. For example, in a group experiment to determine if a supplement can be taken to stimulate greater strength, a test group of subjects takes the supplement, while another group does not. Both test and control groups must train on the same program. Ideally the only condition that is different between the two groups is the use of the supplement. At the end of a predetermined time period, both test and control groups are tested for strength and statistically compared. If the test group gains significantly more strength than the control group, the supplement is considered effective. The test results are even more reliable if the participants do not know to which group they belong.

For the individual, however, self-experimentation requires a different approach because the improvement is being compared to “self” rather than a control group. In this case, a DOSE/RESPONSE, or CAUSE/EFFECT correlation must be demonstrated several times.

Valuable information can be obtained from some of the most simple, yet creative experiments. One that comes to mind is a study that refuted the prevailing myth that spot reduction can be achieved by exercise. Researchers proved by studying top tennis players that muscular activity does not reduce on-site body fat. Both arms contained an equal amount of fat even though the primary playing arms had considerably more muscle mass. The non-playing arm served as an ideal control. being attached to the same body, a high level of exercise was the ONLY condition that was different for each arm.

In designing a good experiment, the application of experimental techniques is not enough. Anyone can learn these. What sets a good experiment apart from a faulty one is logic, which is really nothing more than common sense.

Let’s look at an example which shows how a poorly planned experiment led to questionable results. A professor of exercise physiology wanted to determine the relative back strength of various groups of university athletes. To measure back strength, he used a device for approximating the movement of the deadlift from the knee level. The device was composed of a chain attached to a dynamometer (an instrument for measuring power) at the base of the floor at one end, and a large smooth wooden handle on the other end for the athlete to pull. As simple as this experiment sounds, there was a flaw in it. I have described the equipment well enough for you to figure it out, particularly those who know the deadlift well. One of the questions you should ask yourself when using equipment is whether it will accomplish its purpose. In this case, it was supposed to determine back strength. What about the large, smooth handle? It’s tough enough to hold onto a heavy knurled barbell, let alone a large smooth one when you are straining to the limit. Did the professor really measure back strength? Or did he measure, in some cases, grip strength? I was able to demonstrate the difference to the professor by using straps to improve my lift by about 25%. This showed that the athletes with the stronger grip were more likely to do better in this test. It is not surprising that basketball players with their big, strong hands did so well. As a result, valid conclusions could not be reached with this experiment. Had this Ph.D. used more sense and changed handles or used straps, the results would have been quite different. It also helps to have some background in what you are testing when designing an experiment. A powerlifter using the basic techniques described in this article would not have made the same mistake.

When analyzing results, objective criteria must be used for defining and measuring improvement. POOR OBSERVATION skills are a major cause of error when evaluating performance. For example, a lifter may attribute his success of adding ten pounds to his press to taking vitamin E rather than to the real cause – such as a breakdown in technique, i.e. arching his back more.

Certain exercises are more difficult to perform in a consistent manner than others. Lifters often delude themselves into believing that their arm strength has improved when they increase the weights for the arm curl and the triceps pushdown. The amount of weight used in both exercises can be greatly increased with a rocking, cheating motion, and by maneuvering the elbows in such a way that assisting muscles are brought into play for a more advantageous center of gravity. If you see this happening, have someone hold your elbows steady and inward. Then compare the difference in the weight. Usually a lifter can find ways to cheat, even on a machine, if he or she wants to show improvement that badly. For example, they may raise the leg extension bar lower and lower as they add weight.

Vigilance must be observed to prevent inadvertent cheating or change in technique from creeping into the lifts, thereby creating a false impression of strength improvement. Even after care is taken to replicate the lifts in a consistent manner, increased training on and the resultant repetition of a movement can improve efficiency and result in a heavier weight lifted, again giving the mistaken impression of raw strength improvement. Problems of this sort can be avoided if the lifts chosen during the experiment are those with which the lifter has much experience and if the movements are strictly controlled. Advanced weight trainees should have little trouble with most lifts especially if they are aware of the temptations.

Tools, such as the tape measure, scales and calipers, should be used often to quantitate results. Calipers are especially effective in evaluating experimental results for bodyfat loss. He or she can determine whether they are losing fat while retaining a constant bodyweight; or when gaining weight, they can determine what proportion of that gain is fat. Certainly calipers can be useful to anyone who has wasted effort and resources on spot reduction.

Good analytical techniques should be used when measuring the physique. For example, the arms should be measured in the same place. The temptation is to put the tape around the arm more diagonally and to contract the muscle harder to force out larger numbers with each additional measurement. The chest and waist are particularly difficult to measure because the diaphragm and lung are expanding and contracting. Consistency is the key to accurate results.

When initiating an increase in the workload of a specific exercise it is important to have a backlog of information on previous poundage gains made. This is where the recording of your workout schedules and progress in a training log can be useful. A graph showing poundage progression made before, during, and after abandoning the experimental workload increase is also of value in determining its results. Again, there are many, many factors to consider when experimenting with, and judging the results of workload. The training plan should remain as close to constant as possible, aside from the movement being experimented on. Of course, a reduction in movements affecting one major muscle group while instigating an increase in workload of another will have a marked effect on your results. For example, lowering the vertical pressing workload when increasing the horizontal press workload will change the way your results are to be graded. The intellectual life of a lifting guinea pig is not a simple one.

The guidelines I have presented for a scientific approach to self-experimentation with weight training and nutrition will enhance your ability to more accurately evaluate what works best for you. This article has done little more than scratch the surface of its topic.
A well-designed experiment requires forethought and planning. Its success depends upon disciplined execution and the use of good analytical and interpretive techniques. By using proper experimental methodology, most of you will find that a fundamentally sound nutrition and lifting program will produce the best results. If you feel you are in a rut, return to the basics and start your experimentation from there.