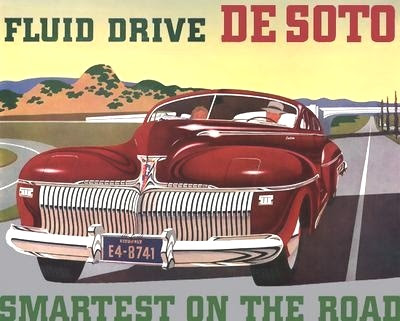 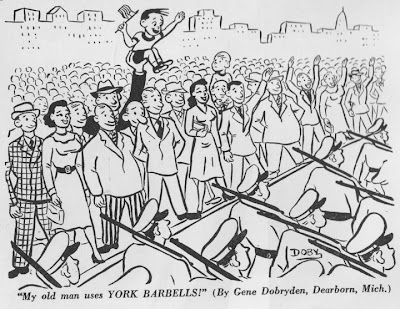 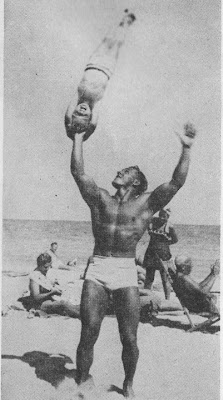 
It might be interesting if Doctor Gallup (of blessed memory) would undertake a Poll of Public Opinion among the men and boys now practicing barbell exercises, inquiring WHY each person was participating in such a program, listing the various objectives in some such clear, concise order as this:

What would be your reply to such a questionnaire? I would suggest that you could arrived at a pretty good estimate of your objective if you would rate the first four categories in order of their importance to you.

This is how I would have filled this out when I first began using barbells 36 years ago:

And this is how I would arrange the list today:

As you see, one’s objectives change over the years. I find myself at this point more of less in agreement with the so-called average man who drops into a gymnasium or health studio to keep fit, rather than to get big muscles or unusual strength. Yet I imagine the average young fellow who takes up weight training is interested in two things – “lumps” and strength. Health he usually has, to some extent at least, and shape (or proportions) is too technical a subject to concern him.

The fellows who start right out training for SHAPE belong in a rather small minority. I recall only one such Siegmund Klein, who used to say, “Train for shape and strength will follow.” Sig had a good reason for this, for he was much stronger than the average man to start, as proven by his ability to do a two-arm jerk with 200 lbs. the first time he tried lifting a barbell. His health was excellent, and great size was out of the question for him because he was considerably shorter than average height (5 ft. 5 in.). So he only had ONE possible objective left, that of SHAPE, and since his idol was Eugen Sandow, the importance of shape and proportion became an easy and logical selection.

As he continued to train for shape, additional size and strength came as a byproduct because he kept increasing the weight of the exercise bar. He was certainly fortunate that he had no health problem to consider when he first took up weight training, as do many others. He was able to start in where many persons fail to find themselves after a good many months of exercise, for the average man cannot lift one-half 200 lbs. to begin. From my own experience around health studios I would say that the average man can do about 60 lbs., which indicates that Sig was nearly three times as strong as the general average.

A little known fact about Klein is that he was considered a “Superman” even in his school days, and acted as a sort of Simon Legree for recalcitrant pupils. When one of the lads in his class violated school regulations, the teacher prescribed a horrible punishment, i.e., the culprit was sentenced to remain after school and put on boxing gloves with One Punch Klein in the school gymnasium. Nothing loath, our Hero would bash the offender about with such skill and abandonment that he returned to the classroom a sadder if not wiser lad. This practice gave Sig some nice exercise and sharpened his punching timing, but we suspect that this nefarious custom would meet with disapproval by the P.T.A. today.

Whereas Sig was exceptionally strong to start, another famous strength figure, Tony Terlazzo (America’s first Olympic champion weightlifter) was exactly average when he took up weight training. He could lift 60 lbs. at the start, but improved so greatly that he finally did a jerk of 340 lbs. at a bodyweight of 150 lbs. His achievement is consoling to those who were not “born” strong.

Rugged characters like Steve Stanko, John Grimek and John Davis were all better than average to start, and thus were able to start right into high-gear practice along the lines of super-strength without worrying about health or size. Others not so fortunate had a long road ahead, and in man cases were forced to sacrifice strength and shape for anything in the line of increased size or bodyweight. I have found this true in the case of many skinny chaps who have been in my gym classes; they were willing to do anything just for added bodyweight, and they didn’t much care whether this added weight was in the form of muscle or blubber. Usually, in these cases, as soon as a measure of bulk was added, they began to take an interest in shape and strength. Some, unfortunately, kept up the bodyweight or size obsession and became fat men instead of athletes.

I would not quibble with anyone regarding their first objectives in taking up weight training; whether you begin with an urge to strength, size, shape or health, you are still making a turn in the right direction, for which you will later be very thankful. I know that among most of the younger men, this urge will be toward either big muscles of great strength, of perhaps both. Unless one has a good reason, a real urge, he will not stay with barbell training long enough to obtain the good, but once allow yourself to be bitten by the iron-bug and as you progress your ideas will change.

Many average people do not know what the feeling of real health is like. The super-strong are in most cases also super-healthy. It is only after many years of training that the idea occurs to you that perhaps health itself is your greatest reward from exercise. I frequently run across old friends in my automobile, and after calling an ambulance I realize that these old friends did not use barbells, and they wonder what I have done to keep so strong and healthy. Many of these chaps are beginning to age, they are burdened with the fat of years or are beginning to bend or stoop. When I tell them post-recovery that I can still turn flip-flaps and lift more than 200 lbs. overhead, they shake their heads and mutter one of two things: “There’s no fool like an old fool,” or “What in hell is a flip-flap?” I could rightly reply to the former quite aptly, “There is no fool like a young fool – for you were too intelligent to take up barbell exercise when you were young.”

So those of you reading these lines – congratulations! If you are now weight-training, no matter what your objective, you are buying better health insurance than money can buy. And to those of you not yet training – keep those eyes peeled for a red and white DeSoto.