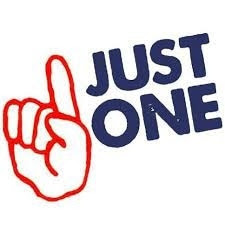 Earlier, I described the training program of William Boone . . .

. . . who would specialize on a single exercise that he trained twice a week. Boone would start light and follow a progressive program where he added weight to the bar on a regular basis and eventually worked up extremely heavy poundages in his chosen movement.

After a long period of specialization on his chosen exercise, Boone would switch to a different exercise. Once again, he would start light and gradually work up to enormous poundages This simple program allowed Boone to develop world class strength in several different lifts, making him one of the strongest all around lifters of his generation. It also helped him gain many pounds of muscle. (In his prime he weighed around 280 pounds, which was true heavyweight size for the 1940's).
Other men tried one exercise programs, and did very well on them. The most effective one exercise programs use the following exercises:
1) Squat
2) Military Press
3) Push Press
4) Bench Press
5) Deadlift (regular or trap bar)
6) Power Clean
7) Power Clean and Military Press
8) Power Clean and Push Press
9) Snatch (power, split or squat style)
10) Clean and Jerk (power, split or squat style clean)
Of these, the squat, deadlift, military press, and clean & press are probably the most popular movements for one exercise specialization programs. The squat and deadlift are particularly good for building all around strength and muscle mass. Some men gained 20 pounds of muscle in as little as six or eight weeks on a squat specialization or deadlift specialization program. And several men used it to build world record strength in the deadlift in the 1940's and '50's. (For some reason, the one exercise program seems to be particularly well suited to the deadlift. This may be because the deadlift is such a demanding exercise, and it's so easy to overtrain on it.)
One exercise training programs work best if you train twice a week or once every four or five days. It's hard to do the same exercise with heavy weights three times a week (and that goes double if the exercise is squats or deadlifts). Of course, you could try a light, medium, heavy system, where you only train to your maximum every third workout, but even that will probably be too demanding if you are using squats or deadlifts in your program.
You can use the same set/rep system in each workout, or you can use different set/rep systems. For many trainees, it works better to use different set/rep systems because it helps break up the monotony of doing the same exercise for the same sets and reps in every workout. Thus you might do sets of 10 reps in one workout, sets of 5 reps in the next workout, and heavy singles in the third workout.
The interesting thing about a one exercise workout is that you don't lose very much (if anything) on your other lifts, and when you finish your one exercise program you can go back to a program that includes more exercises and experience rapid gains on everything you do. The one exercise program seems to prime your body for big gains in strength and muscle mass. As Peary Rader often noted, hard work on a one exercise program can turn a hardgainer into an easy gainer.
One exercise workouts are an unusual, but very effective, form of ultra-abbreviated training. They have brought great success to many trainees. If you're looking for something different, try a one exercise workout for the next six to twelve weeks. You might find that it's one of the best and most result producing programs you're ever tried.
Enjoy Your Lifting!