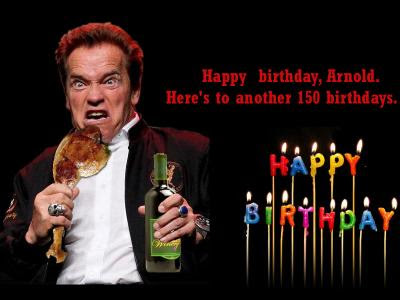 The inclusion of some form of chins, lat pulldowns, or both, is considered de rigueur for any properly designing bodybuilding back workout. The usual rationale is twofold. The primary benefit is often referred to as a back-widening effect. The exercises are also recommended because they work the upper back muscles, although thickening those muscles is the primary function of rows.

While it would appear that doing lat pulldowns, which involves an overhead pulley machine, or chins from an overhead bar doesn't require much skill, many bodybuilders still insist on doing them incorrectly.

A common mistake with chins, or pullups, for example, is not doing the full range of motion, which usually results from an attempt to hang weight around the waist to add resistance. This fact was bluntly pointed out back in 1968 by Vince Gironda, who was then the premier trainer of champion bodybuilders. I recall his saying that he'd observed only one bodybuilder who was capable of doing chins properly. That man was Don Howorth, who won the '67 IFBB Mr. America title. Not coincidentally, Howorth was renowned for the breadth of his shoulders and back. 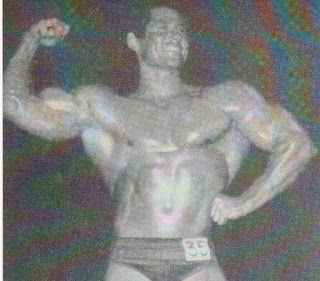 According to Gironda, the proper execution of chins required touching the lower portion of the pectorals, or chest, to the bar. In that position the upper arms were pulled down and back, which is the fully contracted position of the lats. The back was also forced into an arched position at the top of the movement, which fully contracted the upper-back muscle structure. Doing chins in that style, said Vince, constituted a complete back exercise.

The problem with doing such "full" chins is that if you weigh more than 125 pounds, you're lifting quite a load to go up that high and touch your lower chest to the bar. Even people who are strong in other upper-body exercises will find that chins done in this manner represent a formidable challenge.

With the advent of certain types of chinning machines (assisted), such as those manufactured by Nautilus and Cybex, however, the problem of doing complete chinning movements was solved. The machine allows you to rest your lower body on either a foot bar or a mobile platform. That redistributes the weight, making you "lighter" and thus able to do a full movement, as in touching your lower chest to the bar and arching your back.

Note: It's easy to figure out a way to achieve the same effect without an assisted chin machine.

While chins are without a doubt a superior back exercise, especially if you do them as prescribed by Gironda, many bodybuilders avoid them, preferring to do lat pulldowns. A frequent explanation is that the pulley exercise allows more control.

With both chins and pulldowns you can use various grips. Even so, the adage that wide grip chins build wide backs just isn't true. As Nautilus inventor Arthur Jones repeatedly pointed out throughout a 25-year period, a wider grip leads to a decreased range of exercise movement. The widest grip you should use should be no greater than shoulder width, or with upper arms in a parallel position.

Although many exercise texts show the proper position for front pulldowns to include an erect torso, my observations of many champion bodybuilders who have great backs are that the majority lean back, arching their backs as they pull the bar down. Thus, they mimic the style suggested by Gironda for proper chins.

The final consideration in relation to pullups and pulldowns is muscle action. While the movements appear similar, studies show that they work the muscles differently. For example, electromyographic comparison of chins and pulldowns shows distinct differences between pullups and pulldowns during both the concentric and eccentric portions. Both phases were slower during pulldowns than they were for pullups. Peak muscle contraction time was also shorter for pulldowns. These findings appear to lend some credence to the notion that pulldowns allow greater muscle control than pullups.

Does that mean pulldowns are for bodybuilding purposes superior to chins?

That depends on how you do the exercises. If you can't do the complete style of chins advocated by Gironda and others, you'll probably get more benefit from doing pulldowns.