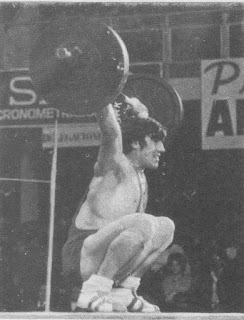 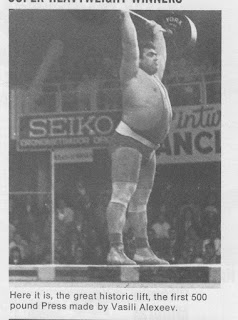 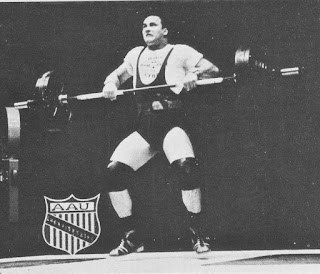 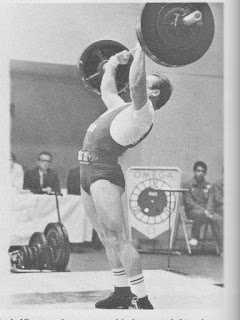 
This is Part 8 of a ten part series written by the author for Muscle Builder magazine in the 1960s.

Both Cureton and Adamson have suggested the possibility of simultaneously developing 1) strength, 2) muscular endurance and, 3) cardio-respiratory efficiency through better use of weight training regimens. 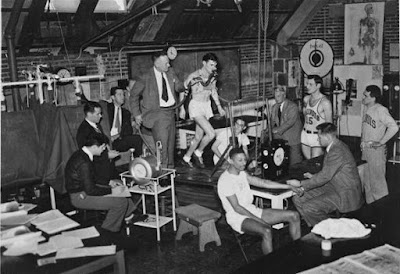 Between 1940 and the mid-1960s, T. K. Cureton (often referred to as "The Father of Physical Fitness") emphasized the importance of designing a well rounded program that included warm-up, aerobic fitness, resistance training, and tapering components. 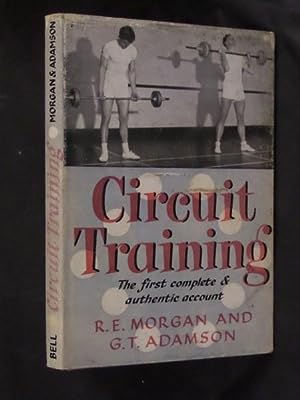 G.T. Adamson, following an article published in "The Physical Educator" (May of 1956) on Circuit Training, went on to collaborate with R.E. Morgan on a book titled "Circuit Training: The First Compete and Authentic Account" in 1957 (first edition).

Further developments along this line are evidenced in the experiments carried out by Burnham and other authorities in the field of circuit training with non-weight lifting athletes and college students.

It is highly doubtful whether the experienced lifter could adapt this concept of training to his own program. Considering his level of strength development, it would necessitate the use of very heavy weights to further increase this level. This factor, alone, would prohibit his carrying out the exercises at a speed or over a sufficient time span that would be required for development of the other two qualities.

It is possible, however, to develop a high degree of muscular endurance and a reasonable level of cardio-respiratory efficiency through use of weight training regimen and calisthenics.

The writer has suggested on many occasions in his work that the use of running routines is the simplest, most effective, time and every saving method of developing cardio-respiratory efficiency and muscular endurance in the legs. Many authorities have pointed out that 1/2 hour of continuous body movement calisthenics or circuit training will accomplish the same objective, and, in addition, develop muscular endurance in the arms, shoulders, back, and abdomen.

Because of the highly specific nature of muscular endurance and in the interests of economy of training time, we have recommended that lifters combine the development of muscular endurance in the arms, shoulders, and back muscles with their skill training routines. This is especially true for the young, relatively inexperienced lifter who must do hundreds of repetitions with light weights in order to develop the skills of lifting. It is equally true for the experienced lifter in the snatch and jerk.

Russian lifters of championship caliber during the competitive season will engage in skill practice with a light bar or broomstick on their off days. [This repetitive honing of the specific and precise movement skills used in Olympic lifting has always struck me as a valuable asset in powerlifting as well. Not to say a powerlifter should spend the majority of his training time practicing technique in the three competitive lifts with an empty barbell. But the development of extremely efficient technique is always an advantage in any sport. Benching, squatting, and deadlifting should, in my opinion, have as strong as groove as walking, or chewing gum while walking. Watch some of the more 'technical' powerlifters of note now as well as in the past, and check out how their form is identical each and every time they perform the three lifts be they warmups or near limit. This is what we're after, and it can be accomplished with consistent appropriate practice and an open mind directed toward finding your own most efficient form. Find that special groove and never lose it, but realize that it may have to be altered as you age and your body 'changes' from your greater lifting experience. You'll know it when you find it. Rock solid and the bar will feel lighter. BOOM!]

Continuing with the original article:

This also assists them in the development of flexibility and agility. 3 sets of 30 to 50 repetitions, using not more than 10 or 12% of maximum weight, will develop muscular endurance in the arms and shoulders and promote increased skill at the same time. In combining these activities, however, correct form should not be sacrificed. The hesitation of one second to fix the weight at the correct starting position will not detract from the continuous overall movement aspect of the exercise.

The programs presented below as examples were developed by the author and incorporate the use of Olympic lifting movements and/or assistance exercises, combined with total body movement calisthenics, running in a gym, or stationary running. [Again, these layouts are directed at the Olympic weightlifter, and are in part being used to develop technical skills. A thinking powerlifter may be able to find a way to adapt the ideas contained herein to his own training. Also, owing to the date of the article, many of our current conditioning/aerobic machines and methods are not listed in the examples. Update at will, experiment, and above all learn to think for yourself once you have enough experience.]

In conjunction with the use of circuit training programs in the gym, they provide an answer to those lifters and coaches who claim that due to weather, place of abode, etc., they cannot engage in a running routine as a means for increasing cardiovascular efficiency.

Two points must be kept in mind while using these programs:

1) If the pulse rate is increased by less than 60% of the range available by running, no training effect on the heart rate will be evidenced. To insure a reasonable increase in the cardio-respiratory efficiency, the heart (pulse) rate should be raised to at least 130 to 140 beats per minute during a long term one-bout work effort, or to a higher rate (160 to 180) during numerous short term work bouts interspersed with interval periods.

2) Capillarization of musculature, a prime requisite for increased muscular endurance, is best improved through use of numerous repetitions, necessitating the use of light weights. The lifter should not use over 10 to 15 percent of his maximum best in performing the exercises set out below.

Programs should be preceded by 10 minutes of light calisthenics, flexibility and stretching exercises. Exercises should be done at a moderate pace, but not sacrificing form on the lifting movements, thus combining skill practice with conditioning. Intervals should be active periods consisting of walking, and deep breathing. Progression is accomplished by increasing repetitions to a maximum of 50 for a set. When this level is reached, additional progression can be made by reducing the rest intervals between sets and/or exercises in the routine. Starting weights can be as low as 5 lb. dumbbells. If these programs are used as a supplement to running or other endurance activities one set only should be used. If they are used as the sole source of endurance training, the athlete should gradually work up to 3 sets.

Program A: Olympic Lifts and Stationary Running
- the stationary running can be adapted to other similar exercise

Note: weights of 5 to 10 lbs. can be held in the hands during stationary runs for progression. An all out run denotes high knee action and vigorous arm movements.

Program B: Olympic Lifts and Running in Gym

Note: Gym circumference should be at least 50 yards. If not, increase number of laps accordingly. Weights can be held in hands while running for progression.

Program C: Assistance Exercises and Calisthenics
All exercises with weights

Program D: Olympic Lifts and Calisthenics
all exercises with weights except number 2.

By now you should be getting the idea behind this all, and thinking about ways to adapt the fundamentals of it to your own lifting training. Better technique on your chosen lifts and a great improvement in conditioning. Hell, sounds like a better life all around!

The idea that a few five rep work sets a week on chosen lifts will eventually lead to superlative technique and a style appropriate to the individual lifter strikes me as something near nonsense. As does the idea that one should never perform the chosen lifts too often for fear of sapping energy from the desired progression of 'strength'. Sure, strength is important and can be developed without all that much regard for the technical aspects of each lift. However, for the lifter desiring to up his numbers, the combination of progressively developing the specific strength required to progress in those lifts ALONG WITH perfecting his own appropriate style in those chosen lifts would seem to be a winning combination.

Or not.
As always, come crunch time you stand alone with the bar no matter who cheers you on or pats you on the back, and must find out for yourself what it takes to succeed in this or any endeavor to the best of your given ability. Stand alone and be proud of yourself and what you have won or lost, because in the end it was you, Charlie, it was you all along.