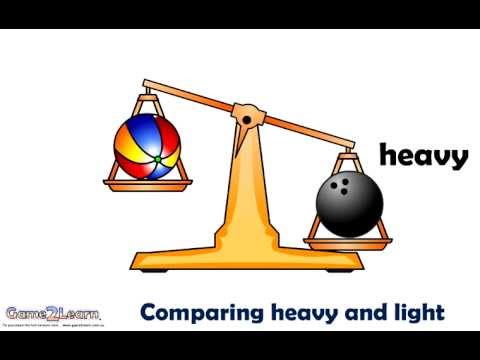 Can the bodybuilder benefit maximally from long term power training? That is, would it do him a world of good to forget those high reps and strict curls, for a while at any rate, and put his back some really heavy deadlifts, prones, and squats?

According to some published courses still on the market, the way to massive muscularity is through heavy lifting, which, so we read, builds thicker, denser muscle. So, why isn't Bill "Peanuts" West Mr. Olympia today? Why is it that the world's greatest lifters sport physiques that are for the most part a complete turn-off, as far as bodybuilders are concerned?

I talked with Bill West the other day, shortly after he made an appearance  in the Gold's Classic show in Santa Monica, as a physique contestant. He looked lean and fairly muscular, but for a man of his age (over 40), not all that massive. What happened to all that mass that powerlifters were supposed to have under their skins, I wondered.

It turned out that Bill West, who set powerlift records in both the squat and deadlift a few years ago, is now a "serious bodybuilder." Does he recommend heavy squats, benches and deadlifts for massive muscularity? Well, yes and no.

Says Bill, "The bodybuilders of today are better developed . . . are much bigger, if not quite as strong as those of the late fifties. Which tends to indicate that what they are doing now works out very well.

So what does he think of the idea of incorporating powerlifts with bodybuilding-based training?

"My kidneys . . . and the supporting ligaments and tendons, have been massacred by heavy deadlifts. Some other guys, who were in competition with me in the sixties, have all had similar and worse problems from the constant heavy lifting. It puts a lot of unnatural strain on the muscles and tendons, this persistent heavy training."

So would he say deadlifts are bad for the bodybuilder? Well, not quite. "The deadlift is a good exercise for strengthening the lumbar region, for preparing your back for heavy rows and so on."

Does he practice the deadlift in his regular bodybuilding training?

"No . . . well . . . what I do is this. I have the barbell elevated on boxes, so that the bar reaches about midway up my shins. I grasp the bar with my knuckles facing forward and and the stance I adopt at the start of the movement is something like a gorilla posture. From there, i stand up and hold my shoulders well back. The action from here is to lower the bar to near the starting position, without letting it touch the boxes, and then upright again. Up and down, up and down for about 15 reps without touching the barbell to the boxes.

But surely that is not powerlifting!

"No," says Bill West, "it isn't. Powerlifting and bodybuilding aren't the same thing and don't go together. I used to handle over 600 pounds in the deadlift as a powerlifter. But for bodybuilding I use nothing over 200. The bodybuilder would be stupid to fool around with very heavy weights that would certainly injure him after a while when combined with his other bodybuilding exercises , and consequently wreck his bodybuilding progress. He has to decide what he wants to accomplish. Is he a powerlifter or a bodybuilder?

"Man, bodybuilding has come a long way. In the old days some guys would even hurt their back doing very heavy standing triceps presses. Today you can do triceps movements with as much weight as you wish, and still not hurt your back, because there are different types of benches that allow you to isolate the action safely . . ."

So, according to he former powerlifting champion, the deadlift is a fine bodybuilding movement "only if light weights are used for 12 or more repetitions . . . 4 sets maximum. No heavy stuff!"

Says West, "Heavy bench presses are good for building power and mass in the shoulders, triceps and pectorals. On the other hand, I knew this fellow who could easily bench over 400 pounds and yet his arms were nothing over 16 inches at best. His pecs were nothing to write home about either. He got his fantastic strength from tendon and ligament strength.

"You have to understand bodybuilding and powerlifting are two completely different fields. I look at the top bodybuilders of this day and I see they are not concerned with using heavy poundages in their workouts. Some of them are pretty strong, but their strength comes from bodybuilding. In other words, they do not go to the gym specifically to build brute power like the powerlifter does. And I think they're right. Their main intention is to build the kind of body that wins bodybuilding contests. And you don't need ponderous weights for that!"

I also spoke with Ken Waller, who added his piece: "When I first started training I was into football. I needed body strength. I used heavy weights for my curls and bench presses and I really packed on the iron for my squats too. I soon began to fill out, grow big. But when I got into serious bodybuilding I changed my whole attitude to training.

"Sure, I still used heavy weights but that was only because I was strong . . . still am, still use heavy weights in my bodybuilding. I start my incline dumbbell presses with 120's and I have squatted with 600 for reps. But now I am more concerned with shape and definition. And handling really heavy poundages are not that important anymore."

Has he ever done powerlifting as part of his bodybuilding training?

"If by that you mean deadlifts and so on, I have to answer no. I did deadlifts just once and felt so uncomfortable I just gave them up. I do lots of rows, the different varieties, instead.

"Maybe I should define what heavy means to the bodybuilder. We don't count the pounds. We count the reps. If I can manage just 3 reps with a certain poundage,well, that's heavy. If I can go up to 10, that's not so heavy. And 15 is pretty light. And that's how the bodybuilder ought to train. He should constantly push himself to make his muscles work harder and harder . . . it's the only way to grow. But I'm talking about the usual bodybuilding movements like bench presses and incline presses, curls, dumbbell presses . . . not deadlifts!

"Our thing is to train as fast as possible. To get a pump on and grow. We use various methods, depending on what we're trying to achieve at a particular time. Sometimes, we use heavier poundages, with a more relaxed training style. But the accent is always on building muscle, better body development. And not how much weight you can get up in a certain lift, as in the case of the powerlifter. I would say it's fine to try for a maximum poundage once in a while, for the ego. But not as a means of developing larger and better muscles for bodybuilding competition."

Franco Columbu is another former powerlifter who has fixed ideas about bodybuilding. He, too, made the transition from strength and power based training to bodybuilding . . . champion bodybuilder. But you won't catch Franco doing very heavy deadlifts anymore. There was a time when he performed 600 pound deadlifts for reps at shows and in competition. Now he says, "I gave up the movement with heavy weights after I put three vertebrae out. It's not for bodybuilding and certainly can be dangerous . . . even for a powerlifter!" Which is not meant to insinuate that this Mr. Olympia winner doesn't push himself with heavy training. He does. But in a style similar to that outlined by Ken Waller above.

Bill Pearl has said, "Why kill yourself with one movement when you can get great development from another, safer one." And that seems to sum up the whole thing, as far as I'm concerned. Obviously, you can build a great physique without powerlifting. Most champion bodybuilders have done exactly that. So why open yourself up to possible injury with such training methods?

I say, leave powerlifting to the powerlifters.
Decide exactly what it is that you want from your training.