Use The Rader Pull To Overcome Oxygen Debt - Robert Fay 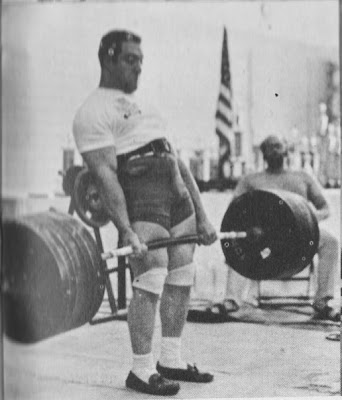 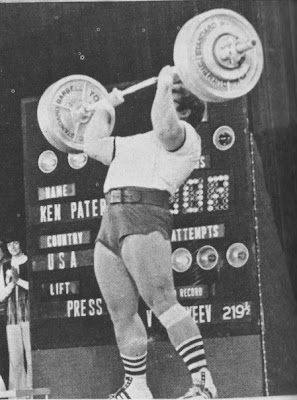 Use the Rader Pull to Overcome Oxygen Debt
by Robert Fay


Doubtless, all of you in your training have incurred an oxygen debt characterized by a pronounced ventilatory drive. Even before exercise begins the heart quickens and breathing accelerates. This anticipatory response prepares the body to meet additional demands as soon as exercise begins. (Hence the importance of auto-suggestion before attempting a lift.)

It has been demonstrated that the increase in oxygen consumption for any given exercise is much greater than the cardiac output (mean output of blood from the heart per minute). For example, running at 7.5 mph involves a twelve fold increase in oxygen consumption but only a five fold increase in cardio output. Respiration is quickened before exercise begins and during exercise and it continues to be stimulated mainly by the increased production of carbon dioxide. In the recovery period immediately after severe exercise, sudden enrichment of the inspired air with oxygen produces quickly a sudden fall in ventilation.

The events during muscular exercise could be compared to a submarine. The submarine on the surface, where the oxygen is available, charges its accumulators and thus stores energy which can be called upon when the submarine is submerged and oxygen is not available for the internal combustion engines, that is, under anaerobic conditions. Altho this analogy cannot bear detailed comparison with events occurring in muscle, it helps one to appreciate the importance of oxygen for maximum utilization of energy in our training.

In a short burst of severe exercise, the volume of oxygen that can be taken in is very small compared with the volume actually required. Energy must therefore be derived from an anaerobic (oxygen deficient) process. This results in an oxygen debt which is paid back through deep and frequent breathing that continues long after the exercise is over.]

Under normal conditions of oxygen intake, in severe exercise lasting one minute, the oxygen debt is repaid after slightly more than seven minutes. In mild exercise lasting one minute, the oxygen debt is repaid after approximately 30 seconds. In mild exercise the anaerobic mechanism may be called on only at the beginning because as exercise proceeds, the circulatory and respiratory adjustments allow as much oxygen to be taken in as required, and a steady state is therefore reached altho the oxygen debt is still unpaid until the end of the exercise. In more vigorous exercise, however, lactic acid is formed so rapidly that the mechanisms for oxidizing it or reconverting it to glycogen are overloaded. The appearance of lactic acid in the blood varies according to the ‘training’ of the subject. The accumulation of this fatigue acid after an honest workout would be common experience.

In the light of the aforementioned principles, the Rader Chest Pull can thus be most gainfully employed during the anoxic drive, that is, the period of breathlessness immediately after a heavy exercise. The movement itself is not unduly taxing if performed in low reps and so may be juxtaposed between sets of an exercise.

The Rader Chest Pull is essentially a freehand exercise. Perform by gripping a vertical support such as that on a fixed squat or power rack at chest or forehead height, and move about 16” back. From this starting position, forcibly draw your torso forward and upward in an endeavor to breast the support while inhaling maximally. Exhale upon reverting to the initial position.

Personally, I prefer gripping the support at chest level and then moving back to assume a semi-crouched position. Executing the movement in this style permits a wider range of diaphragmatic movement (the prime purpose of the exercise) and also allows a more prolonged stretching of the lats. I generally perform 6 to 8 reps after heavy basic exercises such as all forms of heavy squatting, pressing, and pulling movements.

Use your own discretion with regard to the number of reps. If excessively done, the exaggerated intercostal breathing may subtract from the performance of your primary lifts.

The Rader Chest Pull is a very convenient and effective ancillary exercise for improving your overall training efficiency. This movement is especially invaluable to weight trainees who are limited in their training time because the duration of the oxygen debt is noticeably reduced by deliberately increasing the rate of oxygen intake. Thus steady breathing is achieved in a shorter time and one is able to complete more sets of a heavy exercise in a given period.

Next training session, why not give the Rader Pull a try. It’s as easy as breathing and will regenerate you powerfully before each set.