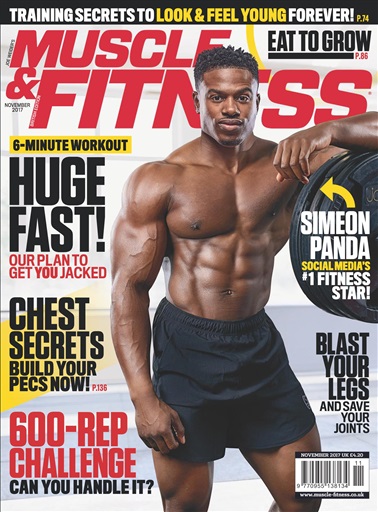 More by by Greg Merritt:
http://www.flexonline.com/search/site/merritt

Unless you're training like a powerlifter, hoisting heavy weight, over and over, you don't need to rest very long between sets. Cutting rest periods can help you burn more fat and keep your workout intense.

You can, however give the muscle you're working a rest by shifting your attention to another area that may need more work - like maybe your calves or biceps.

The execution is simple: Insert a set or two  of work on a smaller muscle, unrelated to the primary muscle you're working, between sets of your main exercises. For example, if you're training legs, you'd do all four sets of the leg press and then two sets of curls. Or, one set of leg presses followed immediately by curls. And since you're not hitting any of the same muscles, staggered sets shouldn't affect your primary muscle target - though they may tire you out. The result is more volume for that particular area and more calories torched overall, as you're not just sitting on your arse "resting up."

- Abs, calves, forearms, and cardio are the best candidates for staggered sets.

- The classic method of staggering sets is to alternate one set for the smaller bodypart between every two or more sets for the larger art.

- Try to plan combinations that you can do in the same workout area. For example, dumbbell flyes and crunches can be done on the same bench.

- Don't stagger sets if you need the rest period to recover from an exhausting set.


There are three ways to do staggered sets:

Alternate a set for a bigger bodypart with one for a smaller, unrelated bodypart. You probably won't want to do as many sets for the smaller bodypart, so skip supersetting one or two sets. For example, if you do 16 sets of 4 exercises for the back, do 12 sets of 3 exercises for the calves.

Do one set for the smaller bodypart for every two or more sets for the larger bodypart. For example, complete one set for abs between every two sets of arms, and after 12 sets for biceps and 12 for triceps, you'll have also cranked out 12 sets for abs. This is the classic method of staggering.

Perform one set for a smaller bodypart between exercises for larger bodyparts. For example, throw in a wrist curl set after completing every leg exercise, and over the course of a workout consisting of four exercises for quads and three for hams, you'll squeeze in seven sets for forearms, almost without noticing.

Choose from these examples designed by hypertrophy specialist Paul Carter to enhance these commonly lacking bodyparts.

Staggered with Back Sets