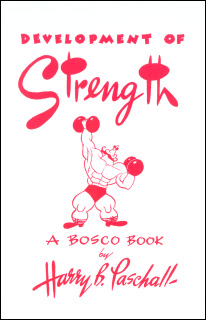 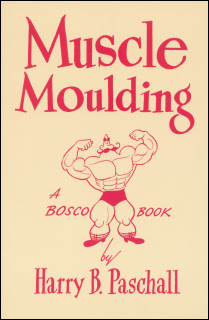 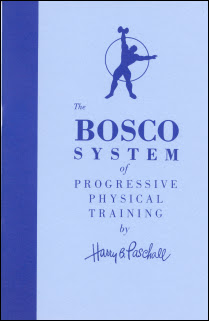 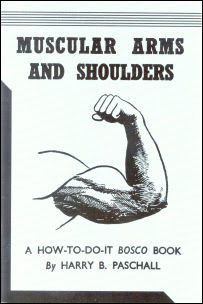 Just as there are changes in clothing styles, so also are there changes in types of physiques every few years. Go back to the days of Swaboda, Cyr and Barre. The big, beefy, continental, beer-barrel round type of physique was favored by strongmen. When Sandow strode lightly on the stage in the 1890s, his more compact build was such a pleasing contrast to the draught-horses of that day that a new style was born.

For a long period Sandow was the beau ideal of physical culturists, and only when the incomparable Grimek appeared in 1930 was there any significant change in body type. Then, around 1940, a slightly different type of physique began to appear, cultivated under the stimuli of the various Mister Competitions. A marked characteristic of this New Man was a broader shoulder effect, wider latissimus spread, and much larger measurements, particularly in the arms and upper body. This type reached its peak with the crowning of Steve Reeves as Mr. America in 1947. He might be considered the epitome of the tall, broad-shouldered, small-waisted, trim hipped physique.

After Steve, unfortunately, came the Deluge! The perspiring bodybuilders, noting his wide shoulders, high chest curve and swelling thighs, decided that they would go him a bit better, and the rush for Beef was on. They took a very fine ideal and just as an artist sometimes works too long on a painting and botches up the job with too many details, they spoiled the clean lines of the classic physique by adding too many lumps.

Many months ago we told you what was happening in American bodybuilding circles -- that with the crowning of Jim Park in 1952, the tendency was towards a new look in physiques -- bodies with large measurements, it is true, but with a cleaner look, better definition. In Britain you have recently had an opportunity to see what we mean when Bill Pearl won the Mr. Universe title in London. We also, months ago, told you that physique contestants in the States, are now "drying out" for a week before contests to give them this look of less bulk and more definition. Pearl, for example, usually loses a full ten pounds before a contest. Others have dropped as much as 20 pounds.

What does this mean to the earnest bodybuilder? It means very simply that BULK ALONE IS NOT ENOUGH. The race for 19" upper arms and 54" chests may now become less hectic. We very much doubt that either Jim Park or Bill Pearl had 18" arms at the moment they won their contests. It is true they have measurements like these in training between contests, but when they take off a dozen pounds, the all-round measurements must suffer. Personally, we are happy to see this change, because the clean lines of the Pearl physique are most pleasing to us; much more so than if he weighed 215 instead of 205.


The audience reaction to the well defined, trained-down body is much better than when the over-lumped contestants used to fill the stage. The new look has the appearance of fitness and athletic ability. We were very much interested in the complimentary remarks we overheard from untrained members of the Mr. America audience when they saw Bill Pearl. This is a type of physique the ordinary person can understand and appreciate, whereas the more bulky specimens appear like odd monsters from another world.

We sometimes make remarks which are not understood by some of our barbell pals. When we said, long ago, that Bulk was on the way out, many rent the air with screams of violent protest. We feel that we should qualify this a little. Over-development is really what we made reference to -- and the adding of so much adipose tissue. The New Look has plenty of size and plenty of muscles. The burning off of excess fat beneath the skin makes these muscles stand out in a new and more attractive way. The new physique contest winner looks more like an athlete than his predecessor of a few years back.

Certainly we are not, by any stretch of the imagination, going back to the slender type of build sometimes featured in France, notable chiefly for abdominal definition. The New Look is a pleasing combination of the best features of the Big Muscle School, plus the clean lines of taut definition.

Does the New Look carry with it a change in training procedure? Most assuredly. You cannot achieve the clean-cut appearance of the new champions without possessing the basic qualities of strength and muscular coordination. Therefore, the endless set or group method of training for bulk, and bulk alone, so popular during the last ten years, is giving way to a more intelligent approach to physical perfection.

Since strength is necessary if one is to appear strong, the training system leading to the Park and Pearl type of physique has many features synonymous with the Heavy and Light System of training, which we have always felt was the most logical of all bodybuilding programs. Heavy, basic exercises are employed with weights in the hundreds of pounds to build strength and produce the necessary muscle size. These exercises will include the Deep Knee Bend, the Press on (incline) Bench, heavy Pullups, and heavy lifting attempts, especially is such lifts as the Two Dumbbell Press, Press Behind Neck, Squats with the bar held on chest.

Then, along with these heavy exercises, the set system is used for Shaping Exercises with light weights; such movements as the Hack Squat for thighs, the swingbar and cramp curls, the Triceps Raises and French Presses, and abdominal and deltoid work. A greater variety of these shaping movements are being employed with fewer sets, rather than the former practice of doing just one Curl (for example) with endless sets. The result is a more pleasing and well-rounded, fully developed physique, rather than a smooth body with a collection of large lumps.

There will be, in the future, a great deal less emphasis on low pectoral development, much as this fact will displease certain members of the Muscle Cult, who have found these nearly useless muscles very easy to enlarge to grotesque proportions. A large shapely chest comes from the inside out, not from the outside in. We look for more exercise of this nature to be performed on the incline bench, rather than the flat or decline bench, which tends to bunch the pectorals into a round shape, which may look lovely on Marilyn Monroe, but certainly is slightly out-of-bounds for Mr. Universe.

All this is very encouraging to fuller acceptance of the art of progressive body-building by the public-at-large. With each step forward all of us who believe in the conscious culture of the body make a contribution to a better and stronger race of super-men.