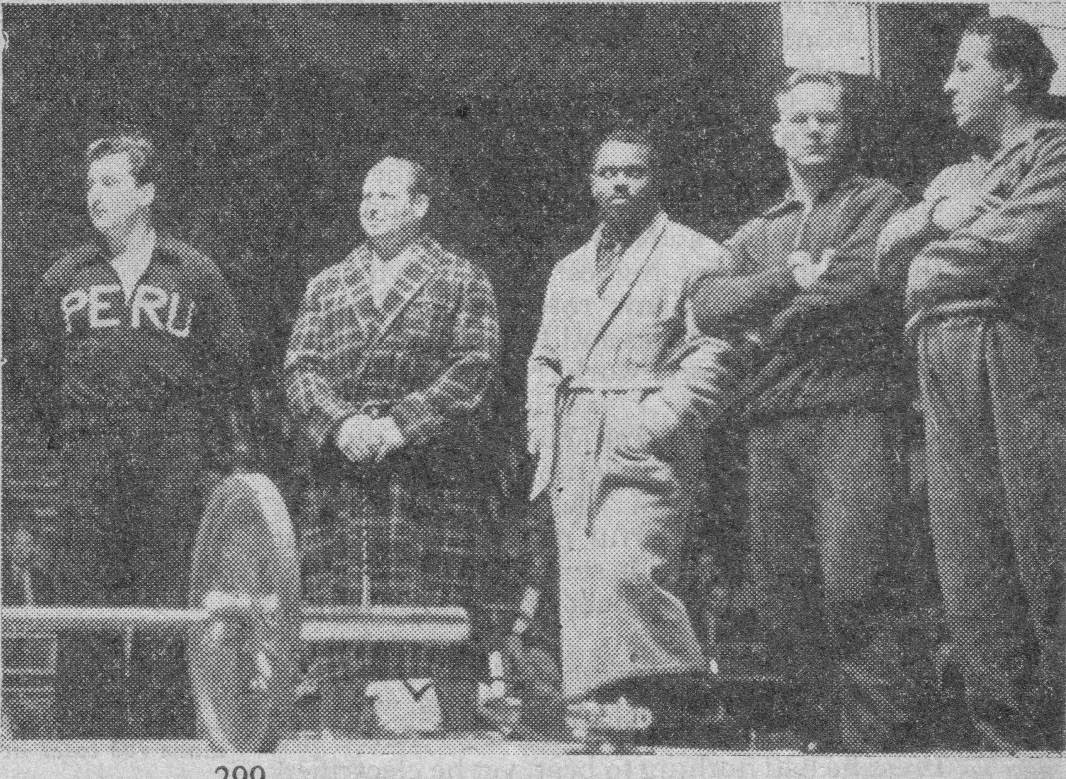 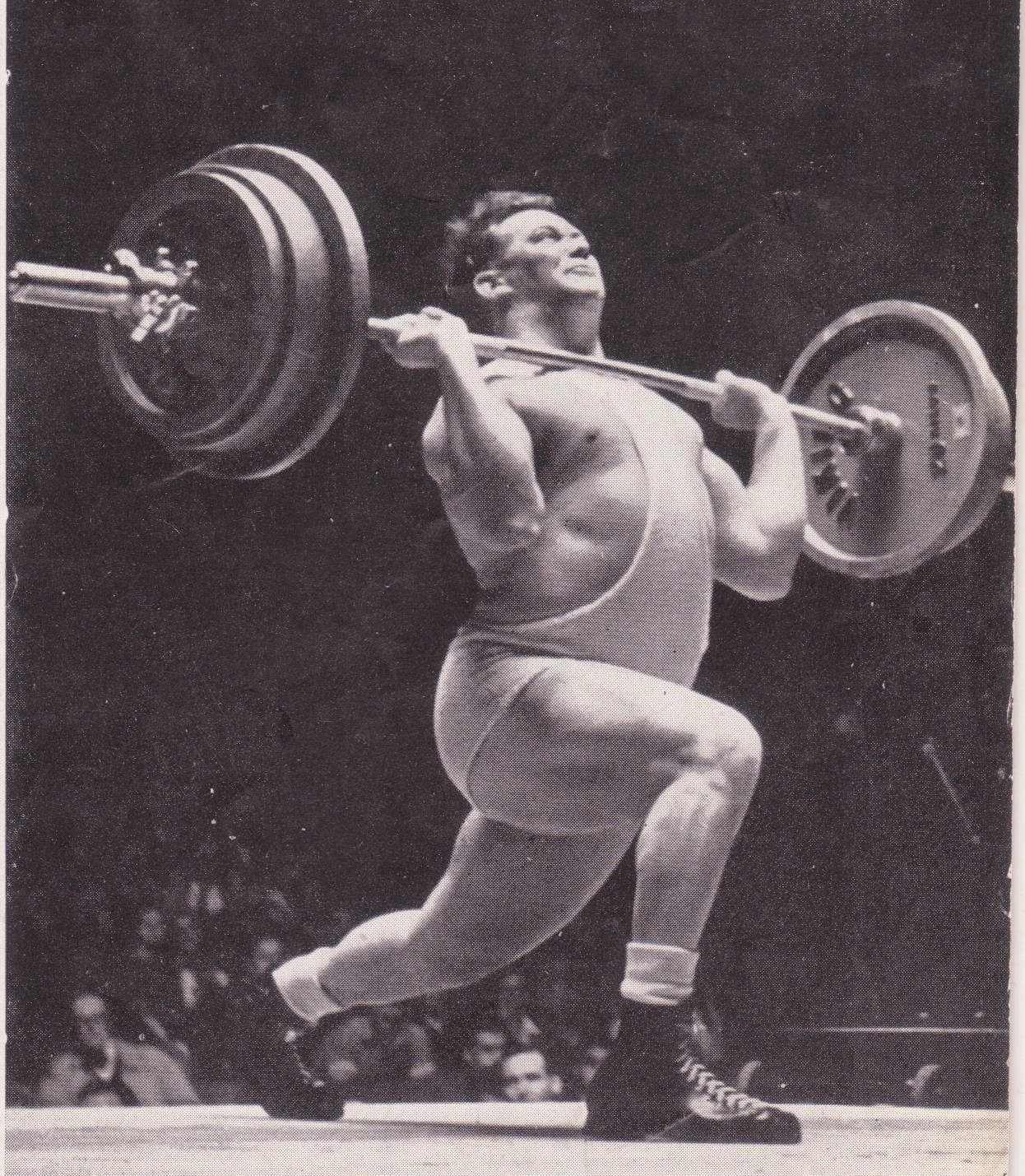 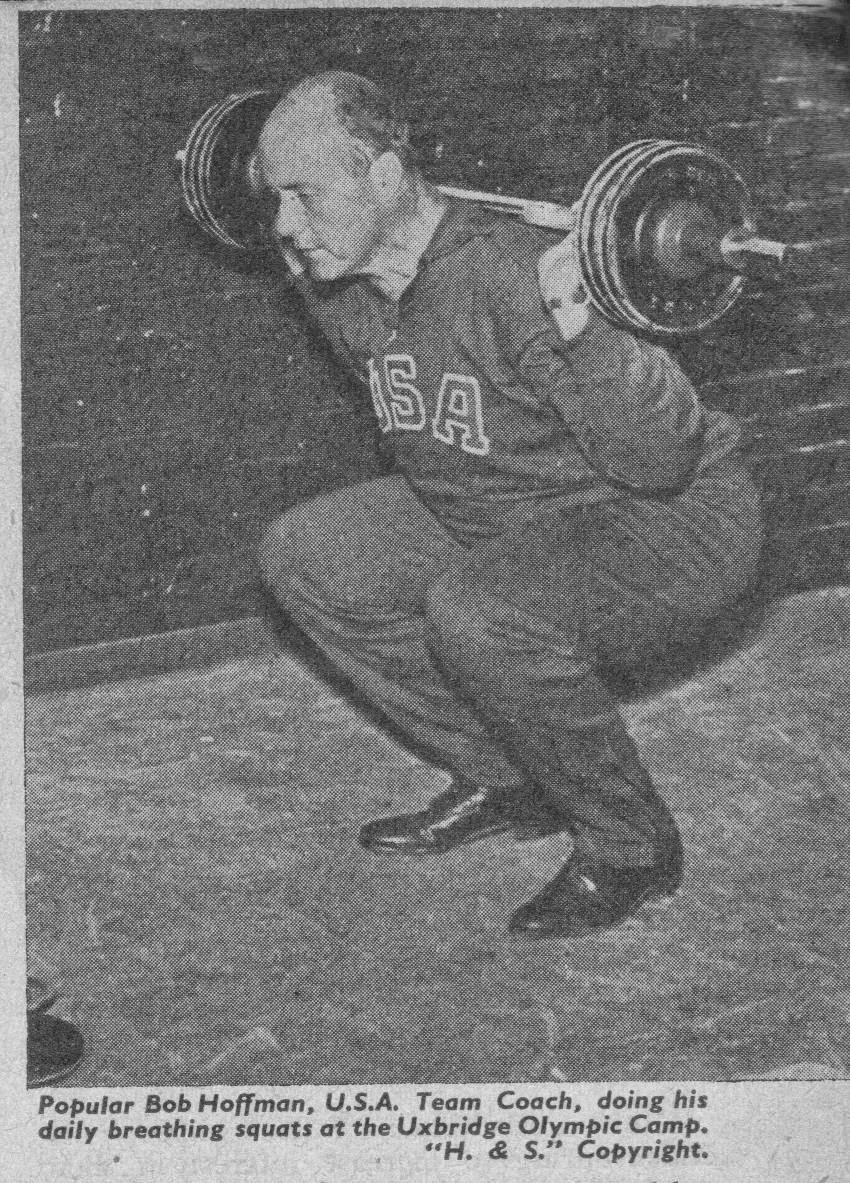 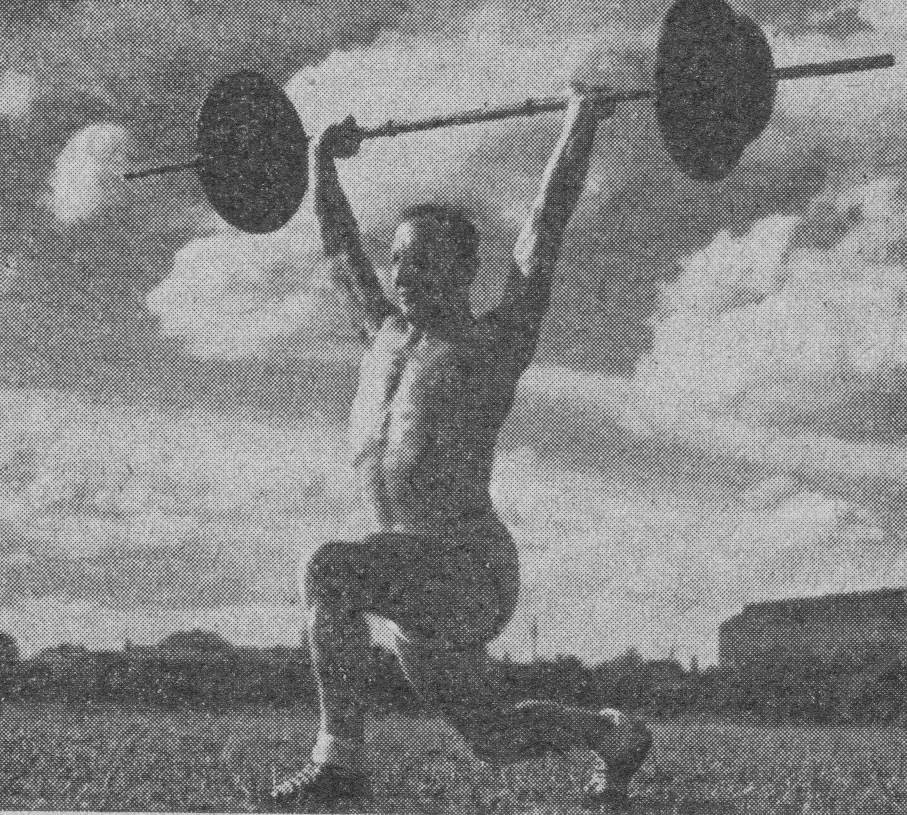 To an old-timer like myself it seems incredible that there can be competitive lifters who have never trained with dumbbells. But in fact there are scores of them; and in some of the younger lifting countries like Egypt, Iran, Jamaica and Malaya where there is no historical or traditional background of all-round training they are in a majority.

I watched one such "all barbell" product putting up an Olympic total the other day. He was young, he was powerful, he was fast, he was well-built -- in fact he was a typical product of modern methods of training. He had one weakness -- a poor arm-lock that was further aggravated by the fact that his left arm was "tighter" and weaker than his right. He lost a Press, two Snatches, and two Jerks as a direct result of his weakness and although he established quite a reasonable total I calculated that it should have been 30 or 40 lbs higher.

I asked him what measures he was taking to correct the disparity between his arms and the weakness of his lock; and it was then that I found out that he was doing no dumbbell work at all and hadn't in fact, done any since he started training.

For bringing a weaker arm and shoulder up to the standard of its opposite number and before the exerciser proceeds to the more advanced forms of dumbbell pressing he should master the simple, straightforward one arm press.

Take the dumbbell to the shoulder with both hands, stand erect with heels together and stretch the disengaged arm sideways level with the shoulder. Drop the lifting shoulder as low as possible so that it starts from the deepest point. Without departing from the erect position press the bell to arm's length with all possible speed, making sure that the elbow is rigidly locked on completion. A dumbbell (a barbell, too, for that matter) can be legally at arms' length without the elbow-lock being as complete as possible. Even if there is normally no locking weakness the utmost in rigidity should always be attained.

Alternate dumbbell pressing -- in which one bell descends while the other goes to arm's length -- should be carried out from the same deep starting point but in order to maintain balance the feet should be separated by eighteen inches. For the special purpose of correcting a disparity in power the weaker arm should lift a somewhat heavier dumbbell than the stronger but where this system is employed the poundage should always be well below maximum. Repetitions should never be excessive, however, for speed and a fierce arm-lock are essential and these naturally diminish as the arm and shoulder tire.

Seated pressing is superior to the method just described because it eliminates most of the tendency of the body to bend away from the bell. The tendency to bend sideways away from the weight still remains, however, and this can be countered by sitting on a bench, box or stool close to to a wall and placing the disengaged hand against it. This, in fact, is the most concentrated of all forms of dumbbell pressing and for strengthening a weaker arm and shoulder is quite sufficient in itself.

Alternate dumbbell pressing, whether in the standing or seated position, is also most effective for improving a shaky arm-lock. It is by no means the best exercise for the purpose, however, for the man who finds it difficult to lock his arms with a heavy barbell overhead is usually able to lock each arm separately without difficulty. His weakness is his inability to lock both arms simultaneously with smoothness and power; and with dumbbells, therefore, the best exercise is that in which the two bells are pressed together. In the ordinary way it is advisable to use poundages that are comparatively moderate and not to carry out too many consecutive repetitions. But there is a valuable variation of this particular exercise in which a reasonably heavy poundage should be employed. Press the bells briskly and powerfully to arms' length and make sure that the arms are rigidly locked. Now lower them smoothly and evenly about eight or ten inches and punch them back to locked arms. At a later stage you can vary this exercise by lowering one arm at a time. In the old day of anyhow and double-handed dumbbell lifts there were far less cases of weak arm locks, because lifters had to practice this particular maneuver as part of their normal training.

The bent-arm pullover has gained a lot of popularity just lately -- and deservedly so -- for it is a grand exercise. But for improving the triceps and therefore the locking power of the arms and for the special purpose of bringing a weaker arm up to standard with its fellow I still prefer a once most popular dumbbell movement.