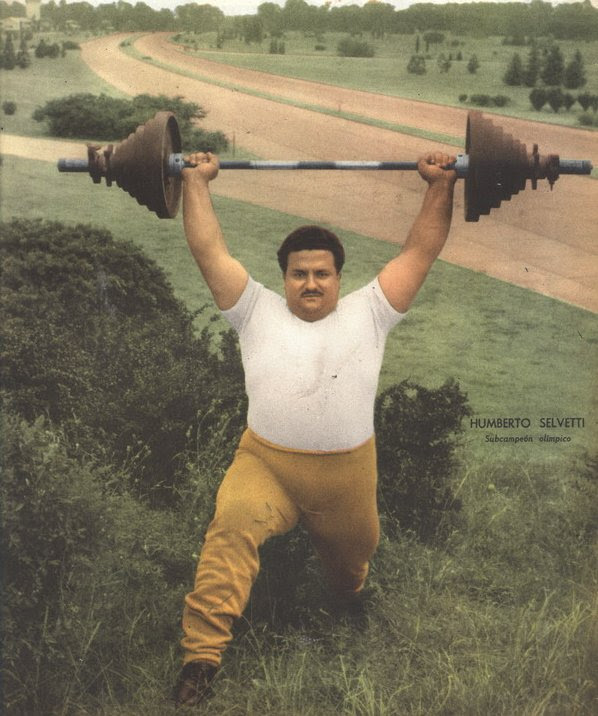 The average lifter should warm up with five light cleans and presses and/or some calisthenics. In both press and snatch he should start working up in sets of three repetitions a about 60 to 70 pounds below his best personal records. Progressing in 10 pound jumps, as the weight gets heavy he should drop to sets of two repetitions, possibly doing four or five sets or two with a given weight. On a night when limits are to be tried, he should continue upward in single attempts. Limit attempts should not be made too often and only when the lifter feels up to it.

For the clean and jerk, the same procedure should be followed, except that the weights are only cleaned in threes and twos, not jerked. After reaching a near-limit clean, jerks should be practiced in sets of two from the shoulders after single cleans.