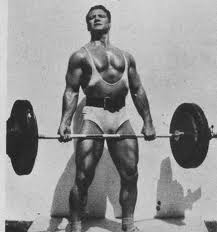 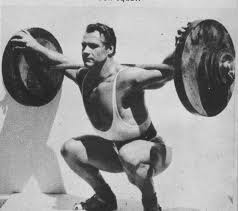 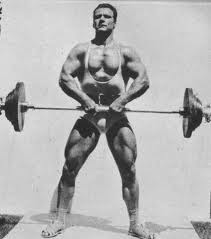 Numerous articles on heavy training have appeared from time to time, but almost as often others make their appearance in print to favor lighter methods, which only serves to confuse many lifters who are unable to decide which type of training they should do to obtain results.

This confusion could be eliminated by including both, or even including a moderate training day, which will meet all demands and work the muscles with every form of varying resistance.

It is true, however, that any novice who begins weight training shows physical improvement in a remarkably short time, if he adheres to proper training methods. His first new experience, after a few short weeks, is to note a new surge of muscular power. Exercises that proved trying and difficult are now easier and he does the movements with ease. Also, the muscles do not tire as easily and they feel harder to his touch. This stimulates his ambitions of becoming stronger and he redoubles his efforts to hasten the results. It is also true that to keep increasing in strength and size, more resistance is required, therefore, heavy training should be included to meet this demand. However, for the novice to plunge into heavy training is not the very best plan, but by increasing the resistance gradually over a period of time, heavier training can be included to advantage.

The trouble with most beginners is that they either try to progress too rapidly, or not fast enough, and therefore do not enjoy the success they deserve or have worked towards. The first few weeks show improvement because proper resistance has been given the muscles which were accustomed to such a regular drill that they respond for a time. But if increased resistance is not given them, they won't improve as fast as they did at the start.

There is a vast difference between heavy training and a lot of training. I know a number of fellows who believe they do heavy training but actually all they do is MORE TRAINING, which isn't heavier but they do additional exercises and more sets, and in some cases more repetitions. I'll concede the point that such a man is doing more exercises, but not necessarily HEAVY TRAINING!

Heavy training means just that: resistance in all the exercises has been greatly increased over previous efforts, but not to the extent of altering the exercise principle. Basically the exercise should be done in almost the same manner except the muscles are forced to work two and three times harder which brings into play some of the muscles not normally used. Consequently, better results can be had by such training if employed occasionally, and by subjecting the muscles to such rigorous training, greater demands are put on them which makes them respond. In cases of arrested development, sticking point, heavy training is often the deciding factor which helps to bypass this condition when this type of training is included.

The question that disturbs many is: how often should heavy training be included and just how heavy should HEAVY training be?

I reiterate, in most cases once a week is sufficient to bring about increased development, but there are those, with years of experience behind them, who fell they must train at least four or five times a week to continue their progress. If the trainee employs four training periods a week and feels he likes heavy training, then twice a week might be better in his case and could be employed something like this: heavy, light moderate, heavy. Of course, there are other determining factors, such as moods and inclinations. If you feel tired and loggy on your scheduled heavy training day, switch to a moderate or light training program for that day. Or if, on your light training day, you feel unusually energetic and capable of training harder, switch to your heavy schedule. By heeding your own natural inclinations you can train according to the way you feel instead of trying to follow some set pattern you laid out to follow. This is always wiser and more beneficial, because when the urge is not there it's difficult to keep forcing yourself.

We all have days of lassitude with the usual lazy streaks and lack the push we normally have which makes training an arduous task. But where there is just plain laziness, usually a few light exercises perk you up and restore your ambition, but when you are physically and mentally depleted, you will continue to feel tired all thru' training, so after a few exercises it's better to skip training until the next period. However, whenever your moods feel the need for heavier training, employ it . . . always give the muscles what they demand and when they demand it. They know best when they are capable of doing heavier work, and they also know when they would rather be coasting along. If you follow your normal impulses in these demands, you should enjoy exercising more and derive equally as much benefit.

There are bodybuilders who thrive best on relatively light training and heavier training to them simply means additional exercises and increased repetitions. I wish to clarify this in relation to heavy training. I mentioned this briefly at the beginning of this article but I should like to enlarge on this. Heavier training must be heavier so that the muscles are worked against a greater increased resistance which forces them to contract more forcibly, strengthening their action. Merely increasing the number of exercises and repetitions is not enough, altho' such action does increase the endurance of the muscle but not the explosive energy needed for greater contractile force, and this can only happen if the muscles are worked almost to their limit with heavier weights.

If you have never tried heavy training, a new thrill awaits you. Of course, heavy training done to often may dull your ambition and make training an ordeal instead of pleasant recreation. Always seek to enjoy your training, and if you split up your training to include one light, one moderate and one heavy day, training will always be pleasing as well as beneficial.

Determine what you yourself would call a MODERATE training schedule. By reducing the weight 20 to 25% and increasing the repetitions by approximately 50%, you will have suitable poundages and repetitions for your LIGHT day. For your HEAVY day, increase the poundage by 20-25% but cut down on the repetitions by approximately 50%, increase the number of sets, and there you have a heavy training day. Always remember, the lighter the workout the more repetitions and less sets should be used, but for heavier workouts the reps are lower and the sets increased.

Purely as an example, if a moderate day of pressing would include 5 sets of 8-10 repetitions with 100 pounds, a light day could be considered as 3 sets of 12-15 repetitions with 80 pounds. The heavy day could be 125 pounds for 8 sets of 3-5 repetitions. This gives you a basic indication of the difference between heavy, moderate, and light training days.

Light training is used to coax the muscles along and put them "in the groove" whereas heavy training jars the muscles out of the groove and makes them operate more forcibly when heavy resistance is forced on them. Such heavy training is effective even when done not more than once a week, or two to three times a month. However, include it whenever you feel you are capable of employing it. When you feel the need for a light workout, take it, and when the muscles cry for heavier work, provide it. By following your natural inclinations towards training you can't go wrong and you'll enjoy training, be it heavy, light or moderate.