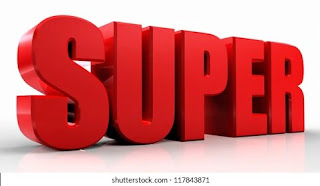 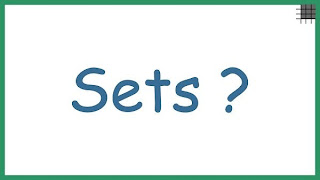 This month I'd like to discuss a favorite training method of mine, super-setting, along with its many variations and different applications.
There is a lot of talk by many muscle authors about super-setting (doing two exercises together, usually with little or no rest time between them) being an efficient way to train, as they allow you to do more overall sets in a workout, in less time while greatly increasing the intensity of your workout, and that super-sets allow for a lot of creative experimentation and thus are a great way to shock the muscles into new growth. And while all of these things are certainly true, the reason I like super-sets is because they make me GROW!
https://www.davedraper.com/8-understanding-superset-training.html
https://www.davedraper.com/superset-training.html
Plenty more on supersetting at that site! Right from a break-in introduction to 'em all the way up to some very beautifully constructed and very creative super- and tri-set strategies.
Many feel super-setting is only for shaping and for hardening up for a peak and don't promote any muscle growth. I strongly disagree. Some of the biggest, most massive bodybuilders of all time have employed super-setting in their training, including [fill in the usual list from this era]. Obviously, supersets worked for them.
In fact it is my strongly held belief that if you are training a muscle group hard via the traditional method of straight sets, heavy weights, moderate to low reps (4-8) and 60-90 second rest periods between sets and the muscle is not responding the way you want, then you probably have poorly established neuro-pathways (poor never force and neurological efficiency and poor blood supply to the muscle and the only way you'll get that muscle to respond is through the use of supersets.
This is because you need to do higher reps for such poorly responding muscle groups, with shorter rest periods between sets to force a lot of blood into the muscle and keep it there long enough to get a good pump. This keeping the muscle pumped or flushed with blood is absolutely essential to growth. Straight sets, with long rest periods just don't allow you to get enough blood into the muscle and then sustain it long enough to maintain a good pump.
Supersets not only force blood into the working muscle giving a deep burn and a super-satisfying pump, all the while increasing capillary size (thus improving blood flow), but the short rest periods between supersets keep the blood in the muscle for a longer time. This gets more nutrition into the muscle, feeding it if you will. At the same time, neuro-pathways are improved too. All of these things jolt the muscle into new growth.
Some of you may be asking, "Couldn't I just do high rep straight sets, with short rest periods and get the same effect?" And it's true, you probably could. But if you're like me, you get bored and lose concentration on high rep straight sets (15-20 reps or more). I find supersets a great way to get high reps without getting bored and I do it with more intensity than a regular high rep set. Why?
A typical straight set has only 1 to perhaps 3 productive reps in the pain zone (maybe better called the growth zone), that take place at the end of a set. Obviously the more reps in the pain zone, the more productive the set if going to be. All the other reps are just preparation and a necessary evil to get to those final productive reps.
By supersetting, you double your productivity -- instead of getting onl 1-3 result producing reps from one exercise, you get 2-6 result producing reps from doing two exercises in a superset. And I find it more enjoyable to do two exercises of 8-10 reps from doing two exercises together than one exercise of 15-20 reps. For example, I'd rather superset Preacher Curls, 10 reps, with Barbell Curls, 10 reps, than do a straight set of barbell curls for 20 reps.
Allow me to sidetrack from the topic of supersets for just a moment. Probably the biggest fallacy in bodybuilding is that only heavy weights make your muscles grow bigger. That's 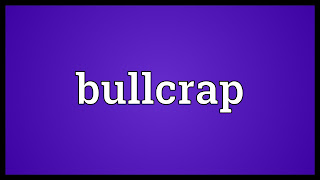 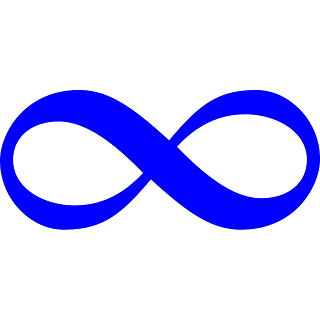 Let's talk about some variations of supersets that are very effective and can be used to good effect in your training. I've already touched on the topic of trisets but obviously you can do more than three exercises. Anything over 3 exercises is generally called a giant set. Personally, except when training abs, I find doing more than three exercises in a cycle ineffective for size building, as it becomes more of an aerobic exercise than a muscle building one. But I find it great for abs. Take 4 or 5 of your favorite ab exercises and just max out on each. One or two cycles and your abs have had a great workout and in half the time of a regular ab workout.
Trisets, on the other hand, can be very effective. Larry Scott used a lot of trisets in his arm training and few had arms to match his. When doing trisets for the same muscle group, pick exercises that work different parts of the same muscle. For example, if you want to do a triset for your biceps, pick one exercise that works lower biceps, one for the middle bicep and one that works peak. Preacher curls, barbell curls, and lying lat machine curls fit the bill perfectly. Trisets will definitely

your muscles, so I don't recommend more than two cycles, done twice a week, unless you are very advanced.
The next variation of supersets are compounds, or supersetting two exercises for the same bodypart. Technically, supersets are meant for two exercises of opposing muscle groups but over the years the term has come to mean any two exercises training together. Compounds fall under two categories -- supersets, and pre-exhausts. Compound supersets are any two exercises for the same bodypart, no matter in which order they are trained. For example, for chest, incline presses supersetted with dips; for thighs, squats supersetted with leg presses. The idea here is to do two exercises and just go for the burn and pump.
Pre-exhausts, a principle invented by MuscleMag's own Bob Kennedy and then later made popular by Arthur Jones and later Mike Mentzer, are a little more scientific.
This principle makes it possible to work a particular muscle structure harder than normally possible. This is done by performing an isolation type of exercise first and then immediately following it up with a compound exercise that works the same muscle group as the isolation exercise. By performing the isolation exercise first you remove the "weak link" of ordinary compound exercises. That is, in almost all conventional exercises involving the function of two or more muscular structures, a point of failure occurs when the weakest involved muscles are no longer able to perform and this often occurs before the stronger or desired working muscle is stimulated enough to produce growth.
For example, when doing presses for the deltoids, the triceps give out before the delts have been worked hard enough. But by performing an isolation type of exercise that involves mostly the delts, with no triceps involvement, like strict side laterals, the deltoids are momentarily "pre-exhausted" so that when you start your presses, the triceps are fresh and you can train the delts much harder than normal. If cone correctly, you fail because your delts have been exhausted, not because the triceps fail.
Remember when I talked earlier about weight not being important as long as it feels heavy to your muscles? Well, this is especially true in pre-exhausts. You'll definitely have to use lighter weights on the compound exercise of your pre-exhausts than normal, but the muscle will definitely be worked harder than ever. A properly performed pre-exhaust is brutally hard, especially of both exercises are taken to failure, as they should be.
When performing pre-exhausts for the thighs, sometimes it's possible to run out of breath or having to terminate the exercise because of cardiovascular failure rather than muscular failure. If you run into this problem in your training you can try a modified pre-exhaust, a la Clarence Bass. When training legs, Bass will rest up to 60 seconds  between exercises which allows him to get his wind before starting the second exercise of the pre-exhaust. Some argue that this reduces the effectiveness of the pre-exhaust, as according to some, resting even as long as 10 seconds between exercises allows the muscles to recover almost 80%. But Bass, as many others, still claims excellent results with the modified pre-exhaust and you may want to try them too. Bob Kennedy made a great contribution to bodybuilding when he thought up the pre-exhaust system.
Here's his original article for Peary Rader's Ironman mag:
http://ditillo2.blogspot.com/2012/04/original-pre-exhaust-article-robert.html
The last method of supersetting I'd like to discuss isn't really supersetting, but because it involves doing 2 or more "sets" of the same exercise without rest I've decided to include it in the discussion.
Triple drop training involves doing an exercise till failure, then immediately with rest removing some plates and continuing on again till failure, and immediately removing more weight and going to failure again. More than three drops and you'll find yourself getting into cardiovascular failure again. It helps if you have your training partner remove the plates so you can go faster.
A variation of this involving dumbbells is called "down the rack training," a favorite of Larry Scott [and George Hackenschmidt among many others along the chain of time]. This method is good for exercises like laterals, concentration curls, etc. Simply stand by the dumbbell rack and work your way "down the rack." For example, on dumbbell curls, you may start with the 50's, rep out with them, then immediately grab the 40's, rep out, and finally go to the 30's and rep out with them.
Triple dropping is one of the most brutally hard and demanding types of training around. But they can be made even more intense by doing your triple drops with supersets or even trisets. And this can be done as compounds, pre-exhausts or antagonistic supersets. Believe me, now you're talking intensity! For example, here is a routine for the arms using triple drops and antagonistic supersets.
Barbell curl superset close grip bench press.
Preacher curl superset triceps pressdown.
Reverse curl superset wrist curl.
All exercises 2 sets with 3 drops.
It doesn't sound lime a lot of work [!?] but counting each drop as a set you're doing 16 sets each for the biceps and triceps and forearms. Increase to 3 sets and you're doing 24 intense, demanding set per bodypart.
Because supersets are so demanding they should be used with discretion. It's very easy to overwork on them, so I wouldn't get carried away with too much enthusiasm. Supersets can be too much of a good thing.
For beginners, I advise doing only 2 or 3 supersets on your most stubborn muscle groups once a week. Intermediates could do 3 supersets per muscle group once or twice a week. But if you find yourself not recuperating from your workouts, then back off on the sets or only do the supersets once a week.
Give supersets a try.
You may find their just the ticket to a larger, more muscular body.
Enjoy Your Lifting!