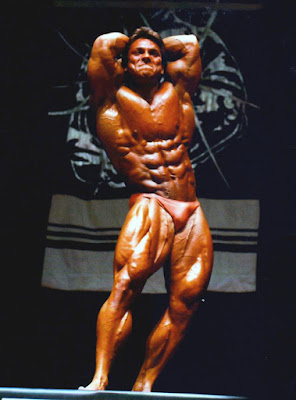 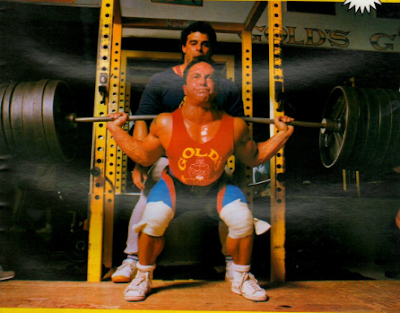 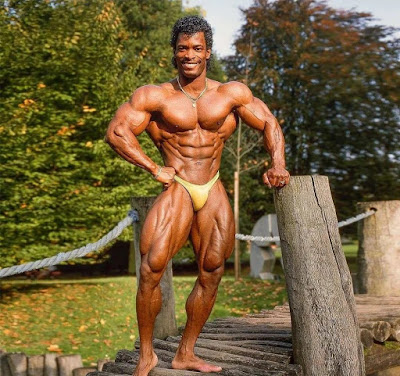 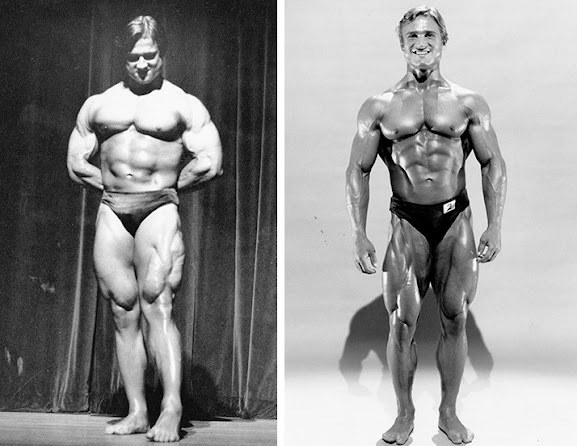 "Lots of times I would try to get more definition in my thighs by supersetting, say, leg extensions with hack squats. Or even doing a set of lunges super-setted with sissy squats. Exercises like the sissy squat stretch out and separate the thigh more, while the basic exercises, like the leg press and squat, are more for keeping the ultimate size on your thighs.
"So my approach to improving my thigh definition was to focus more on isolation movements and perform the movements very strictly. Contracting the muscle at the top is very important, and stretching at the bottom. Say, like on a leg extension, getting all the way to the top, squeezing the thigh at the top, and then stretching the thigh all the way at the bottom."
You can learn a lot about training by asking experienced lifters what to do. You can also learn a lot by asking them what NOT to do. What are the most common errors they see inexperienced bodybuilders make in training thighs?
Rich Gaspari said, "Well, the first mistake with squats is doing more of a powerlifting squat instead of a bodybuilding squat, and overdeveloping the butt. It's a better idea to get more into a bodybuilding stance on a squat. That means the knees going more forward instead of, you know, sticking the butt out as you would in powerlifting.
"Another big mistake is a lot of beginners don't do enough work for the legs. They're concentrating on the upper body, and not enough on legs. It's important to get that foundation of size by doing squats."
Dean Tornabene says the most common errors he sees inexperienced bodybuilders make in training thighs is they use improper range of motion on compound exercises ("a lot of guys don't go down deep enough - even on leg presses") and erratic speed on the isolation movement ("either too rapid or too slow").
Paul Jean-Guillame feels the most common error is that a lot of bodybuilders don't do basic exercises like the squat through the full range of motion. "Everybody tries to go so heavy, they forget how to control their form. I think that's the main problem. I see a lot of guys who squat 600 pounds, but their legs don't look like they can squat 600 pounds. That's because they squat 600 pounds with bad form.
"So I would have to say, 'Go all the way down. If you have to put a board under your heels or wear a raised-heel lifting shoe, do it. But don't try to use such heavy weights that you lose your form."
Tom Platz agrees that attempting heavy weights before one is ready for it is a common error many people make in training thighs. "They add too much weight too soon . . . sacrificing proper form in the process. Proper form is of utmost importance in the squat. Not only to put maximum stress on the thighs, but also because adding too much weight too soon and using improper form can lead to injury."
Speaking of injury, beginning bodybuilders who've had lower back problems may be justifiably concerned about the risk factor in doing heavy squatting. The solution, according to Tom Platz, is to concentrate on using correct, crisp form and increase the weight you're handling gradually. In fact, rather than being and unconquerable problem for people with low back problems, the squat (properly performed) will actually strengthen the back.
"I always had lower back problems when I was playing football in high school," Tom said, "and that's one of the reasons I started squatting. Over the years my back muscles became strengthened from squatting. Actually, it was a little difficult initially because my back was bothering me from the squatting. But after a number of years my back strengthened to the point where I was capable of squatting massive weights."
The muscles of the upper leg are the largest and most powerful in the entire body. That's why training the thighs is so strenuous and demanding - you have to work those strong muscles hard enough to overload them. Fortunately, the thighs will usually grow if you work them hard - unlike the calves, which can sometimes be ultra-temperamental in how they respond to exercise stimulation. Bodybuilders with even the slightest genetic aptitude for muscle gain can get a noticeable result when they train the thighs hard.
Or as Dean Tornabene puts it, "A lot of people have trouble developing calves, but the thighs are not nearly as much of a problem. The thighs don't have any trouble growing - usually. The only limiting factor in training thighs has nothing to do with genetics. Only pain. Pain is the limiting factor because training the legs hard hurts. A lot."
Paraphrasing Dean's point, therefore, one can say that the bodybuilders who have really magnificent thigh development are the ones who really know how to inflict pain - to push themselves - in the gym.
"Exactly!" Tornabene smiled. "The guys who are willing to deal with pain. That's it!
Whoever can face the pain can have great thighs."
Enjoy Your Lifting!