Originally Published in This Issue (Sept. 1976)

Question: The man who needs to add 25 or 30 pounds to his frame can go on a mass-building program. He may be relatively lean and raw-boned and want to gain powerful size with a high degree of definition. He may be at a stage of training where he needs the extra size for another sport. He may simply be a skinny guy who wants to get bigger faster. The program for mass-building consists of specific exercises reformed according to particular numbers of sets and repetitions. If you were a 150-lb. guy who wanted to weigh 180, what procedure would you suggest for getting there as soon and safely as possible? 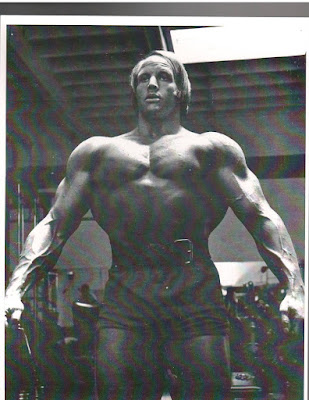 Mike Katz: First of all I would get a complete physical examination. You wouldn't want to get into something that might be against your personal chemistry. If a guy has weighed 150 for many years, a sudden bodyweight increase to 180 might be entirely against his chemical balance. I'd get the thyroid checked. If it's generally overactive, and he stays slender, there's the possibility that he would burn his food intake too quickly. There are people like that.

Q: Assuming a guy's thyroid is normal, but he can't gain because, perhaps, he may be doing 20 sets per bodypart, more like a definition routine along with a definition diet - how would you adjust his training for gaining weight? They read the magazines and try to train like you and Arnold, and wonder why they can't gain weight.

MK: If you are a competitor the different times of the year determine your muscular bodyweight and density. I think that three months before competition the foundational size has to be gained. The additional weight will provide some of the strength and better leverage to handle heavier that build the thicker, denser muscles, hopefully. For the past five years I have gained five to eight pounds of muscle each year. Five years ago my bodyweight was in the low 220's, but now I am solidly in the 240's. During the off-season, say, a four to six month period, I will gain about 20 pounds, going up to 260. Here he goes on quite long about everything but the answer to the original question.

Q: What type of mass-building program would you recommend for a less experienced bodybuilder?

MK: I would recommend two or three different exercises per bodypart. I would suggest one power movement for each bodypart, like the bench press for chest. I would do 8 sets, the first two for a warmup, 8-10 reps, then with each subsequent set increase the weight and decrease the reps . . . 6, 4, 2, and finally some singles. I would return to a final flush set for 8 reps with a light weight. Altogether I would do a high number of sets with a low number of reps.

Q: How would you follow up on those heavy sets?

MK: I would go to an assistance bench press movement, like dips for example. I'd do 5-6 sets and progressively increase the weight using a hip belt. Then I would do one shaping movement like flyes. I would do that with all the power movements. Squats, for example. I'd go from squats to an assistance exercise which would be leg press, and conclude with leg extensions. I'd do 8 sets of squat in the same manner as I described for the bench press. I'd do all the power movements this way. A couple warmups of 8-10, progressively add weight and do 6, 4, 2, some singles, and finish off with a pump set. 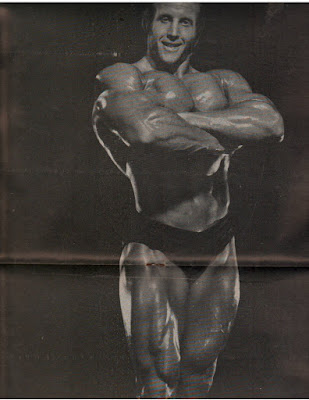 Q: How many times a day would you eat on a mass-building diet?

MK: I don't like to eat real big meals.

Q: So we've noticed! How do you account for that 'light snack' you had for lunch - the six-egg omelette, half pound of meat, cottage cheese, a piece of rum cake, and also carrot cake, topped off with a glass of iced tea. That was a snack?

MK: Hahaha! That was nothing.

MK: I would say five meals on the smaller side, starting out in the morning with three eggs and a half-pound of meat. The meals could be spaced around three hours apart. The meal about two hours before training might have the most carbohydrate. I wouldn't eat carbs before going to bed. I wouldn't go on a zero carb diet, either, because you want to gain weight.

Q: Do you think you should work abs if you're trying to gain mass?

Q: Would you use a split system?

MK: Yes, like chest and back on Mondays, shoulders and arms on Tuesdays, and legs on Wednesdays - then repeat for six days a week. I would train only once a day, two main bodyparts each day.

Q: What would you do for calves?

MK: I'd do as heavy a weight as possible on Donkeys, and also seated and standing calf raises, 10 reps each set, 5 sets each exercise. That's a total of 15 heavy sets.

!: What do you think is the most important thing in building mass?

MK: I think you've got to look at the scale every day - perhaps twice a day. You can't go by how your clothes fit or by how you look. You got to go by how much you weigh. 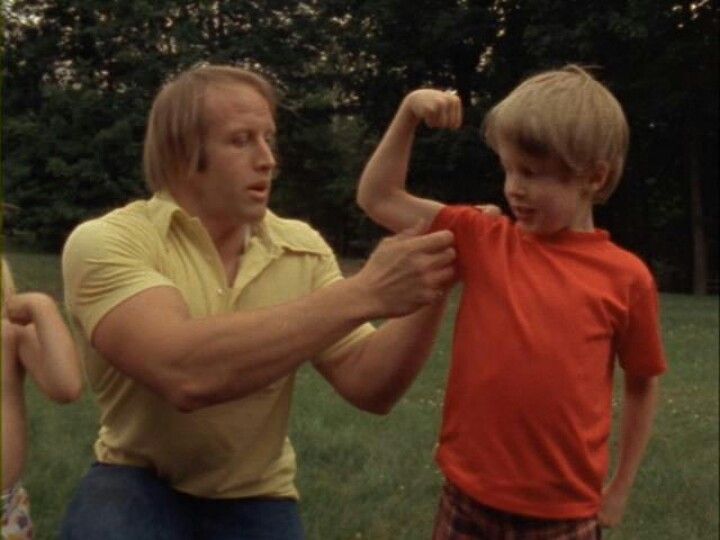