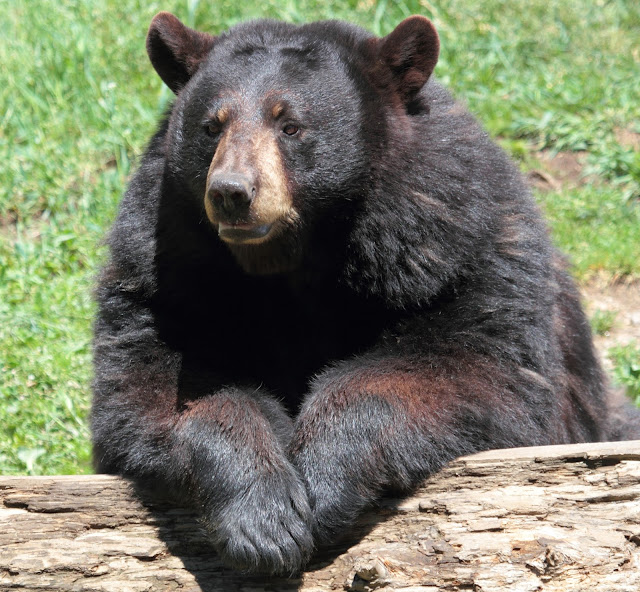 THE BLACK BEAR MAULS THE RECORDS
by Bill West (1972)

Early in my lifting career I can remember sitting in front of my TV set and watching a sports program that was composed of newsreel clips. It was a kind of recap of the week's sporting events.

At that time there was little heard of weightlifting outside of the muscle magazines so none of us ever expected to see a lifter performing on that tiny 10-inch screen. To my surprise on comes a bit about the American lifting team on a tour of Russia. For years weightlifting couldn't get any recognition on American soil. It was a sport for "musclebound clods" held in the back room of someone's store or in a garage. Who wanted to see men lift weights?

The answer was that the Russians did. They admired strength and made heroes out of powerful athletes. Well, what do you know -- the news crews were sent to cover the e vent. At long last American lifters would be sen by their own countrymen. The narrator of the TV show told of a big fat fellow by the name of Paul Anderson. It showed shots of the Russians sitting in a huge outdoor stadium in the rain. They appeared to be laughing. According to the narrator they were laughing at Anderson. How could this big fat man ever hope to lift the heavy weights of the well-trained Russian athletes.

The next shot showed Anderson slowly walking toward the bar. He had the nerve to have the bar loaded for the Press with a weight the Russian heavyweight was having trouble jerking. All was quiet as the "Dixie Derrick" bent forward to lift the "unliftable" weight. Needless to say, the feat was accomplished with ease and the Russians went wild. Before the tour was over, Anderson was proclaimed a wonder of nature and for a while he performed his greatest feat -- that of lifting the sport of weightlifting from the back of the sports pages to the headlines. Since that time lifting has enjoyed a unique place in sports and since that TV program I've been looking for a "wonder of nature" for powerlifting.

The search is over.

I have found the man among men. A ponderous giant of a man who effortlessly destroys everything in his path if it fits on a bar and wears two collars. The name of this giant is Jim Williams, a name that is easy enough to remember. But what he does with the weights is unforgettable.

Jim was never what you might call a weak kid. Like Anderson, he's built for power. Everything seems to have been set perfectly in place and at just the right angles. A moving block of black as irresistible as a Juggernaut. It wasn't until 1966, however, that Jim realized just what he had locked up inside. He "only" weighed 321 pounds at the time but he felt that his size could be put to excellent use heaving the iron around. For a while he would sit and watch the others lift at the Scranton YMCA until one day he decided it was time for action. That was five years ago and since that time he's pushed more iron around than any other living human.

With his natural physical advantages it only made sense that he should start entering contest sooner than most who had just begun. Jim had always had a thirst for being number one. He never entered a meet just to do the best he could. He entered an event to win. Maybe this is one of the secrets of his success. In 1967 he entered the Junior National Powerlifting Championships held in Paterson, New Jersey. In this one he tied for first place with the great Ernie Pickett with a total of 1,705 pounds.

Jim decided to retrench on his training so that he could win the big one. In 1969 he entered the Senior National Powerlifting Championship and established a meet record of 600 pounds in the bench press. As great as that was, it wasn't enough to overtake the winner Don Cundy who won the class. In spite of that he posted a 2,000 pound total and thus became the third man in history to lift that much in the three lifts.

Spurred by his success, this man-mountain decided that the 1970 Senior Championships in New Orleans would be the place for him to shock the power world with his strength. As it turned out he was going great with a 615 bench and a new National Meet record 725 squat. It was during the squat that he hurt his back and was unable to total with a deadlift. Once again he had failed to win the championship. In losing, however, he was setting all kinds of strength records.

Later in the year he broke Pat Casey's bench press record with a 628-lb. lift at the Middle Atlantic Championships. But it was at the Eastern United States Open Powerlifting Championships that the big one really came into his own. Read the following and believe . . .

As if that wasn't enough he did the following . . .

He then went on to complete a 665 deadlift but missed his second attempt with 700 and declined a third attempt.

Jim's feats in powerlifting have generated a great deal of interest at the Scranton Y and they now have their own powerlifting team known as the "Weight Masters." He bombs there just about every day with a wild program.

As you can see, he not only matches Anderson in strength but in structure as well. Right now Jim is looking forward to the Junior National Powerlift Championships in July and the first World Powerlift Championships in November. Already holding the world total record with 2,075 he wants to destroy it with a total of 2,200! Just looking at him and watching all that iron move with his comparatively short history in powerlifting makes me think that almost any poundage you project for him will be easily surpassed.

he likes to WIN.