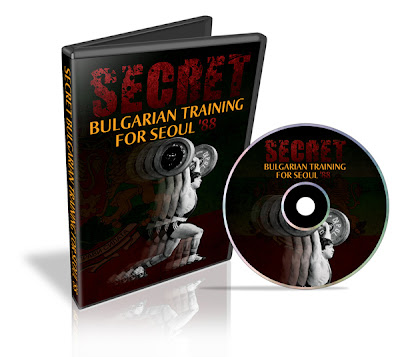 The Power Clean: Perspectives and Preparation
by Bob Takano (1992)


Since joining the NSCA five years ago, I've noticed the increased emphasis that has been placed on multi-joint, athletic movements (i.e., Olympic-style lifts) in the training programs of developing athletes. The growing interest in the snatch and the clean & jerk is reflected in the large turnouts at the national conferences for presentations that deal with instruction and inclusion of these movements in training programs. While an excellent job has been done in convincing strength and conditioning personnel of the value of the quick lifts, there is bound to be considerable variation in the levels of success attained by the many enthusiastic workers who have tried to implement this type of training in their programs.

For some, low success levels may cause them to discard the lifts. Many factors may have led to this point, including the inability of the coach to progress the athletes beyond the power clean and power snatch to the squat snatch, squat clean and split jerk. While this may be attributed to a lack of coaching experience in this area, a coach also should realize that not all athletes have the physical assets to perform the full lifts successfully. Yet it must be realized that a training program that includes the power clean is usually more productive than one based solely on single-joint movements. In terms of statistical density, gray may not be as potent as black, but it is better than white.

In the last two clinics I've presented, I've begun with a rationale for the inclusion of Olympic lifts in the training program. This rationale also applies to the power clean, and I present it here for those who need to justify its inclusion in a training program to the participants and others.

The power clean, when performed properly, elicits the following conditions:

-- The movement involves all of the major muscle groups and many of the minor supportive muscles during each repetition. Because each repetition requires greater caloric output than that required by single-joint movements, the power clean has greater value as a developer of anaerobic endurance.

-- The performance of the power clean requires instantaneous, sequential contraction and relaxation of many muscles. This conditions the nervous system to perform in a manner that is most conducive to the development of speed.

-- Because the major muscles are required to work synergistically, they are strengthened in a harmonious manner, rather than in an imbalanced manner as is often produced by working the muscles individually.

-- The constant isometric tension required of the torso musculature through the movement allows these muscles to be developed in a manner that is not possible through conventional, isolative approaches.

-- Because so much of the skeleto-muscular system is stimulated by the power clean, the amount of time available for weight training can be used more efficiently, and can be minimized for many athletes.

-- Gripping strength is stimulated by the power clean. The increased hand development is beneficial for all activities involving the hands, and will minimize minor injuries.

Because the specifics of teaching the power clean have been covered extensively, I will refrain from treading this well-trod ground, and instead deal with -


The Teaching of Technique

Technique must be the highest priority in deriving optimal benefits from this exercise. A successful coach should expend great effort in teaching proper technique, just as a trainee should also expend great effort in learning this technique, because this technique probably will remain with the athlete for the rest of his or her career. Proper technique ensures that physical development will be harmonious and that the nervous system will develop the greatest functional ability.

The movement should be taught from the hang, before progression from the floor is attempted.


Placement of the Power Clean in the Training Sequence

In the event that no other explosive movements are performed during the weight-training session, the power clean should be placed first in the list of exercises. This will ensure that the speed of movement is highest due to the freshness of the nervous system. If the weight-training workout is held after a specific sport practice session, a short rest should be inserted between the two sessions to allow the nervous system some restoration.

This topic is a variation on the question of how often to weight train. The accepted practice of weight training three times per week is probably the product of facility management practices as much as an earnest attempt to obtain optimal results. The three-days-a-week program was born out of a need to accommodate two different groups of people (Monday-Wednesday-Friday, and Tuesday-Thursday-Saturday) in a commercial gym. Many university and high school strength-training operations may also use this system to adapt their athletic population to limited facilities.A competitive athlete or any serious trainee can be conditioned to perform activities as strenuous as sprinting six days per week. The same is also possible for the power clean. In both cases, training loads and intensities must be varied in order to maximize the training efforts. Weight training can be performed on a daily basis, and power cleans may be included as frequently. Load and intensity must be varied, however, and coordinated with other sports training activities. Primary reasons to eliminate the power clean from a given session are to accommodate injuries and to avoid boredom.

It is the norm for aspiring weightlifters in my opinion to have imbalances in their physical development due to genetic or environmental factors. For these reasons, they cannot perform the type of training that ultimately will be demanded of them. I am therefore required to provide an arsenal of exercises to remedy these weaknesses. Much of the early training in the lifting career is devoted to harmonious physical development for performing the snatch and the clean & jerk; in short, weight training for weightlifting. This early training features a much wider variety of exercises than are used after proficiency is achieved. At the elite level, the athlete is training primarily with weightlifting-related lifts, and only periodically with remedial exercises.

The situation is the same for performance of the power clean. Many novice lifters may be of insufficient strength in various parts of the body to properly power clean. These trainees must undergo a period of remedial training before attempting the power clean. Others may begin learning the movement with light weights while conditioning the weak areas with the appropriate weight-training exercises. The conscientious professional must individualize training at this point if maximal benefits are to be obtained over the athlete's career.

Power cleans may call for static stretching for the wrists and ankles. The wrists must be able to bend backward sufficiently to allow the bar to rest on the shoulders, and not be supported by the arms. Athletes who progress to power cleaning heavy weights while supporting the bar mainly with the arms are susceptible to wrist injuries. A contributing factor to this condition may be excessive hypertrophy of the biceps, in which case the athlete may have to refrain from performing the standard barbell curl.

A limited capacity for ankle dorsiflexion (upward movement of the foot at the ankle joint) will inhibit the athlete's ability to use the quadriceps during the explosive portion of the movement. Football players who have experienced shortening or tightness of the Achilles tendon due to ankle taping often are limited in this range. Workouts for these athletes should always begin with static wrist and ankle stretches.

The front squat performed with a clean-width grip often is viewed as merely a quadriceps developer, but it has greater benefits for those interested in developing proficiency in the power clean. It is an excellent way to develop the torso musculature for the support of weight at the shoulder, and for flexibility of the wrists. The athlete should be encouraged to perform the movement with the chest expanded and raised, and the back kept tight and straight. The elbows should be held high, and the head should not be allowed to drop. If the proper foot spacing is used, ankle flexibility is also developed.


The Bentover Row and Posture

Proper posture is always an important factor in the performance of athletic movements that take place while standing erect. The most frequent postural deficiency in the performance of the power clean is a kyphosis (a curving of the spine that causes a bowing or rounding of the back, which leads to a hunchback or slouching posture) caused by a relative weakness of the rhomboid muscles, which allows the scapulae to move laterally. The bentover row, performed with strict technique while the back is arched, will help to overcome this deficiency.

The spinal erectors are subjected to great stress during performance of the power clean and these two movements, performed properly, will remedy weakness in these muscles. The hyperextensions should be performed with the head curled under toward the abdominals at the bottom of the movement, and then uncurling to the point where the line of sight is horizontal at the completion. Good mornings will work the spinal erectors in an isometric manner if the torso is held rigidly erect while the knees are slightly unlocked.

The deltoids and trapezius need to be worked harmoniously, and upright rows will assist in this development. A clean-width grip should be used, and concentration should be placed on the height to which the elbows can be raised to the side of the shoulders. The elbows should not be allowed to drop or move backward.


Deadlift to the Knees

The most common error in performing the power clean from the floor is the tendency to rip the weight from the floor by shooting the hips up rapidly at the beginning of the movement. The deadlift to the knees should emphasize the maintenance of a rigid torso, performing the movement by coordinating the quadriceps with the hamstrings so that the hips rise at the same rate as the shoulders. The latissimus dorsi must be used to keep the shoulders in front of the extended path of the bar.

When performed properly, this exercise will strengthen the thigh, hip and back muscle involved in the initial portion of the power clean.

Although it may be considered an intermediate step on the path to performance of the snatch and the clean & jerk, the power clean is a valuable training tool in itself. With all these factors being equal, athletes who train with the power clean will experience greater success than those who fail to use it in their training regimens.