Improving the Press/Milk and Weight Gain - Charles A. Smith 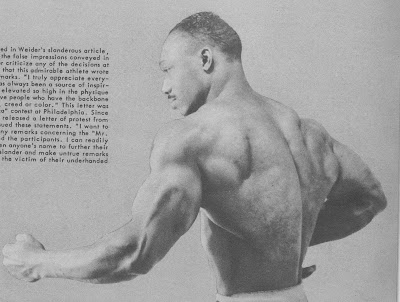 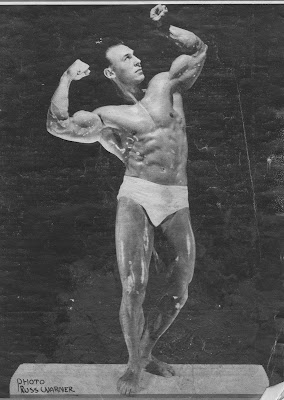 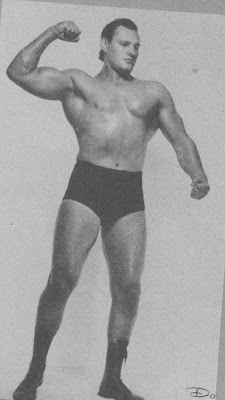 Question: In your recent articles on the Two Hands Press you said the only way to improve the Press is to Press. Yet a few paragraphs later you mentioned several exercises that will, so you said, also improve the Press. How do you reconcile these two statements?

Answer: I cannot for the life of me understand why you fellows try to read different meanings into the words I write. I meant exactly what I said. The only way to improve the Press is Press. This rule applies in any specialization program. The only way to improve the Clean is to Clean, and the Squat, to Squat . . . and so on. This is so obvious that it is no wonder why some people cannot realize the truth. In fact, they just cannot see the woods for the trees. The actual practice of the Lift in itself is sufficient to effect an improvement.

The muscles taking the weight overhead in the Press are are not confined to one or two groups. The trapezius, the serratus magnus, the triceps and deltoids all play their part in this strength test. To me it is plain that the stronger these muscle groups are individually, the stronger they will be collectively. While the practice of the Press improves the Press, there will come a time when the weakest of the muscles involved will hold back improvement simply because it will be unable to handle the weight that the other muscles can handle. Let me make myself more clear.

Let us suppose that an athlete is working on the Press. He makes pretty good progress, but there comes a time when he finds that progress is becoming more and more difficult, and finally comes to a standstill. Now, this athlete, using his common sense, doesn't, like his less knowledgeable brother, start exercising more furiously, or using a million and one exercises. He analyses the reason for his failure to progress. He might observe that he has difficulty in starting the weight away from the shoulders and in this instance will rightly conclude that his deltoids need a little extra work and specialization. He might find that he can get the weight away from the shoulders easily, but experiences a sticking point in the region of the forehead. In this case there is a need for more triceps strength, more side presses, more specialization to improve elbow lock. The practice of the lifts which demand plenty of action of the triceps will help him greatly. The Press-grip press on back, the press on box, the Press-grip incline press, the various one and two-arm dumbbell presses, the recently popular triceps press and its variants, will improve his triceps strength and development and elbow locking power. For putting power into the serratus and deltoid muscles the various leverage movements such as the lateral raise standing, the holdout in front lowered from above, the crucifix raised to the side and the various dorsal bar exercises are splendid choices.

Let me repeat again and emphasize that the only way to improve the Press is to press. All other movements are merely assistance movements and aids to this improvement.


Question: I have noticed that some authors and trainers advise the drinking of from two to four quarts of milk per day. Is this a good idea?

Answer: We cannot delve too deeply into this subject in the limited space allowed, but will try to give a satisfactory answer. We definitely do advise the underweight trainee to drink milk if he wishes to gain weight. We know some doctors claim that milk is only a food for children but we do not believe they have any actual facts to substantiate this claim. On the other hand, there are thousands of cases to prove the value of milk as a healthy drink and a curative food. It is our opinion that milk is one of the finest foods in existence.

We have known of many bodybuilders who tried to gain weight without the use of milk to no avail, but after they added two or more quarts to their daily diet immediately began to gain. One quart does not seem to be enough for satisfactory gains and you seldom notice any great gains from this amount, but two to three quarts make can make an amazing difference. There are some who have even used four or more quarts per day. As a general rule, over three quarts causes you to lose your appetite to such an extent that you cannot do justice to your regular meals. Nearly all the leading bodybuilders of our acquaintance drink milk in large quantities and swear by it. It can be taken either at meals or between meals. We always preferred to take it between meals as it seemed to give us more benefit. However, the trainee should determine for himself which is best. To take it with meals seems to fill the stomach so that no other food is desired and this, of course, is not good. If you take it between meals (not too close to meals) this condition should not exist. Those who do not like regular milk should make a milk-based drink of some kind that they particularly like. We have heard of many weird concoctions being mixed up with all types of healthy ingredients.