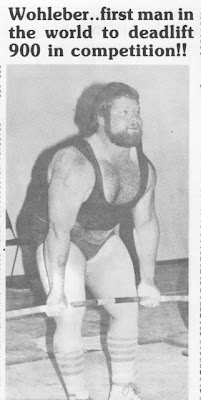 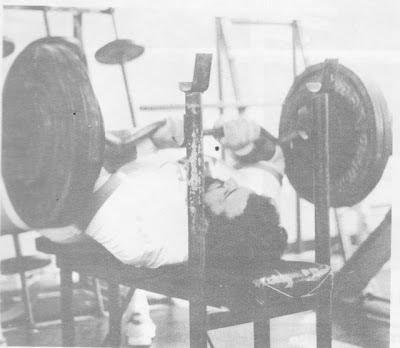 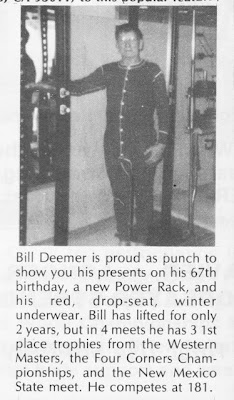 
There is little doubt that in recent years scientific innovations in the field of sport have significantly enhanced athletic performance. Research in the field of psychomotor development has consistently revealed that the more information afforded an athlete about the physiological, psychological, and mechanical demands of the sport in which he engages, the more likely he is to excel.Research has also shown that advances in equipment, pharmacology, nutrition, biomechanics, cybernetics and psychology have significantly elevated athletic performance.

Although we are heirs to the Jude-Christian ethic which states in principle that there is a linear relationship between hard work and success, that concept has all but lost its credibility in the field of sports. No longer can an athlete expect to excel simply by out-working everyone else. Today's athlete must be multidimensional. He must supplement hard work with scientific means if he is to be successful. For this reason, most athletes and coaches are searching for scientific techniques that will enhance performance.

There are several studies which have explored the influence of intellectual training upon athletic efficiency. For example: Biaisiotto, Fernando, and Barr utilizing 100 male college students, found a significant increase in strength scores on the three powerlifts when the subjects were given special intellectual training which dealt with the physiological, psychological and mechanical demands of these lifts. These findings were compared to a control group who received no special attention and were exposed only to the demands of the three powerlifts. At the completion of the eight month study, the experimental group not only exhibited superior strength scores, but also a significantly better attitude toward the task at hand. The results of similar studies are in accord, indicating that the more information extended to an athlete about the demands of his sport, the more likely it is that he will succeed.

For this reason, many Eastern-bloc countries such as Russia, Czechoslovakia and East Germany insist that coaches expose their athletes to the theory and mechanics of the sport. Only recently has the United States incorporated a similar systematic program of intellectual training for their elite athletes. Of course, most American athletes do engage in some form of intellectual training. Such training, however, is seldom systematic or detailed. It generally consists of reading unscientific publications or talking with fellow athletes. Without question, even this type of meta-method is beneficial, however, a more comprehensive program is recommended for the serious athlete.

Intellectual training may take several forms and concern various topics. For instance, when the authors were actively competing in powerlifting, we went about procuring as much information as possible about strength training and powerlifting. We read practically everything we could get our hands on; books about strength training routines, ergogenic aids, nutrition, biomechanics, etc. We searched the literature for experiments that dealt with any of these subject areas. We also called or visited prominent coaches and athletes throughout the country. Through it all, we obtained a prolific amount of information that greatly enhanced our training and/or competitive performances.

According to Vanek and Cratty, in their book Psychology and the Superior Athlete, coaches in the Eastern-bloc countries frequently assign readings to their athletes. At other times, discussions are held and lectures are given by authorities who are invited to discuss the psychological or physiological ramifications of the activities in which the athletes are engaged. Also, athletes are frequently exposed to training films in which their own movements are analyzed and compared to those of more proficient performers around the world. These programs, again, consistently revealed that athletes who were intellectually prepared for the demands of competion performed significantly better than athletes who didn't receive such training.

According to Vanek and Cratty, as further insights are obtained concerning how to provide athletes with knowledge about the functioning of their own bodies, their psychological state, the mechanics of the movements, and of group dynamics, even more superior performances are likely to be achieved.