For the Beginning Bodybuilder - Mike Lambert 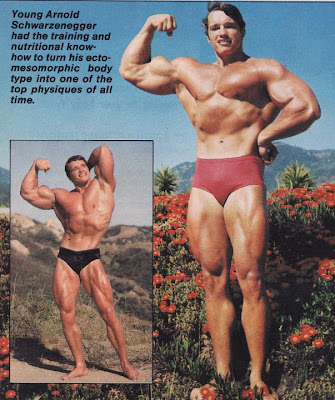 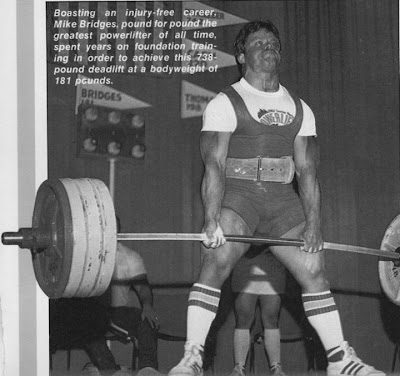 For the Beginning Bodybuilder
by Mike Lambert (1983)


A new (read: undeveloped) physique enters the gym. Its owner has seen a couple of muscle mags and has gotten excited about the sport. He wants to train. He wants to get big and strong and, like all beginners, he doesn’t want to waste time getting there.

To fuel his newfound desire to train and to keep him on the right track toward success, he’s got to find the most effective program, one that’ll give him fairly rapid progress. Then, when he’s got something to show for his investment of time and energy, he can add the finishing touches to his physique.

For the new bodybuilder, this early period is crucial. He has many other trainers around him in the gym and he wants to emulate their lifting approaches in the worst way – but to give in to this temptation would be a grave mistake. To the advanced bodybuilder with a number of years under his belt, the emphasis is on refining, shaping and perfecting the mass he has acquired. You’ll spot these fellow using some rather esoteric equipment and training methods to isolate stubborn bodyparts. It’s not likely you’ll see top bodymen hitting basic heavy lifts during their pre-competition training cycle.

Unless the young weight athlete gets some good advice from an experienced bodybuilder, he is likely to do as he sees. And even if he does receive the proper advice, he many not feel it jibes with what he sees the pros doing and will fail to incorporate the advice into his routine.

This young athlete is likely to try concentration curls, seated calf raises, bent-knee situps, let extensions, lateral raises and the like, and will no doubt see some changes in his physique. Increases in muscle tone and definition can be brought about by nearly anyone who hasn’t trained with weights before. But when it comes to increasing overall mass, these exercises will not offer maximum muscle stimulation – because exercises that isolate individual muscle to such a high degree do not offer sufficient intensity to maximize overall gains in size.

The new athlete, whose potential for developing prodigious muscle increases is greatest at this early stage of training, will seriously undertrain by using isolation exercises. And this may sour his desire to continue.

There is a better way for the beginner to start. I suggest that he should start out not as a bodybuilder but as a powerlifter. This doesn’t mean he must enter powerlifting competitions, or even lift heavy singles in training. What I’m saying is that now is the time to do fairly heavy, low rep (406) squats for several sets, twice per week. One day he should involve maximal poundages (maximal for that day, since the strength level of the beginner will likely increase almost every workout), and on the other day he should work with a few more reps per set, using approximately 85% of his maximum capacity. He should also bench press twice per week, using a similar system, perhaps benching on one or both of the squat days.

Heavy deadlifts should be done once every 7-10 days, working up to a heavy set of 4-6 reps, with as much weight as he can handle for the final rep of each set. Once a month he should try to break his personal poundage records, and after this test take three days off from training. This is a kind of “incentive” or reward system, which allows the new trainee to actually see how his strength level is progressing.

The newcomer to the gym should train like a powerlifter for at least six months to build a solid base of size and strength. It will be easier to do so at this early period than at any time in the future. In addition to building excellent mass, this approach avoids wasting time refining a physique that doesn’t yet exist. Of course, other basic exercises should be done as well as the three powerlifts, but for the purpose of building a foundation rather than for refinement.

Moral: When first beginning a training program, train like a powerlifter and get that overall body size and strength first. Then move on to work with the advanced isolation exercises.