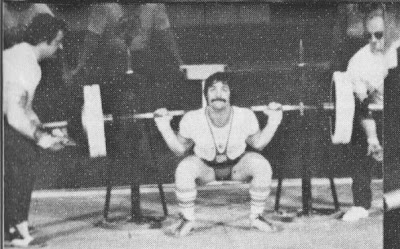 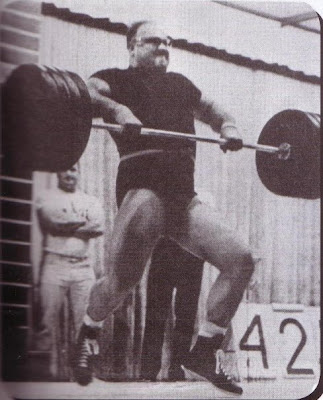 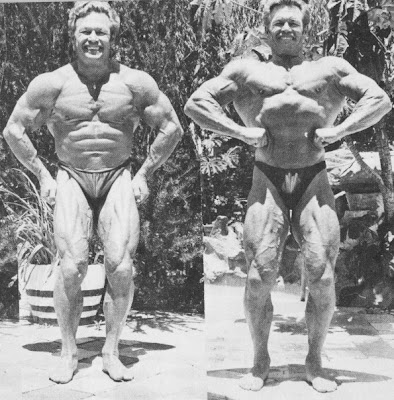 Jack Welch first won the lightweight division of the Senior National Power Championships in 1969, shortly after he had served notice of his prominence by taking the gold at that year’s Junior Nationals. Subsequently he won the Senior’s in 1970, 1973 and 1975. Adding yet another feather to his cap, the 30 year old lifter made the trek to with the power team and easily won the World’s Championships via fine lifts of 495-352-562 for a magnificent 1410 total. Yearly polls and annual predictions to the contrary, Jack Welch can stand on his record to prove he is ’s most consistently successful 148 pound powerlifter.

What dark, deep training secrets does this lightweight powerhouse use to enhance his record setting pace? Well, none really! Welch just follows a simple basic, heavy training schedule without ever including anything fancy or time consuming. The basis of his success lies in his positive mental attitude and consistency of training. Regular as clockwork, Jack arrives at the Ambridge V.F.W. Barbell Club during late afternoon every Monday, Wednesday and Friday the year ‘round, absolutely never missing a workout. Plans for training sessions in respect to sets, reps and weights are followed exactly, without ever a moment’s consideration for a possible negative physical or mental state at the time. He simply will not permit aches, pains or worries and their subsequent self-pity and excuses to alter his training in any way. Jack is relentless in his pursuit of power and does not let up for any reason. The mastery of this “on” attitude enables him to maintain contest “shape” 100% of the time.

The training routine of Jack Welch may appear to some as too short, too simple to produce meaningful results. But, then again, this is not a “space age” type schedule dreamed up by some wild-eyed paper tiger, but rather, the actual program of a densely muscular, world champion powerlifter. Jack has always felt that QUALITY AND INTENSITY of a routine are far more important than quantity in terms of exercises and sets. It might also be pointed out that where Jack has trained steadily for over a decade, with no interrupting injuries, many overenthusiastic power men have been forced into long layoffs or premature retirement. Welch is never in too much of a hurry to make gains – he simply goes on enjoying his training, and lets the results take care of themselves.

In the performance of exercises, the Jack Welch trademark is ultimate form for every repetition, whether in training or in competition. He devotes total concentration to doing smooth, steady, picture-perfect movements. His current routine looks like this:

That’s it! No mystery and no marathon workout, just a basic power schedule which has produced one of the world’s most outstanding powermen. It has enabled Welch to perfectly execute a 380 pound bench press, 500 pound squat, and a 585 pound deadlift. By methodically plugging away on his simple routine, Jack will probably in the not too distant future become the first lightweight to bench 400 and total 1500.

Diet? Jack simply eats three basic balanced meals per day and avoids junk foods. He is especially fond of steaks, seafoods and large salads but will cheerfully put down any selections his super cook of a wife prepares for him. He takes no supplements other than a vitamin pill every now and then when the mood strikes him. Jack keeps a watchful eye on his bodyweight, preferring to maintain a training weight of 152 pounds, but, being naturally active this is never any real concern. He just enjoys good wholesome food and could care less about grams of protein, carbohydrates or calories.