Cardio And The Powerlifter - David Shaw 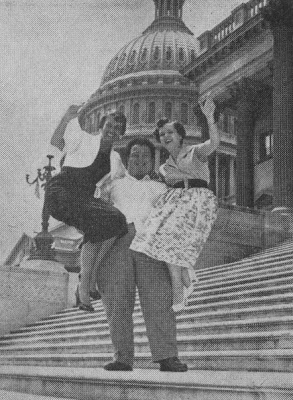 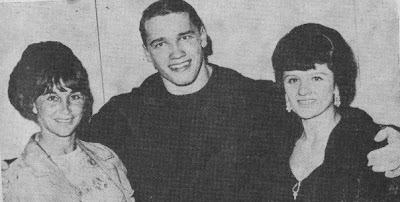 Cardiovascular Training and the Powerlifter
by David Shaw (1997)

Have you ever wondered why your heavy sets of squats or deadlifts leave you breathless to the point of having to sit down until you recover, or lean against a wall until your breathing is normal again?

Can you walk up a flight or two of stairs and not be breathless upon reaching the top?

If you said Yes to the first question and No to the second, you’re in need of cardiovascular conditioning. Simply put, your heart’s out of shape!

The problem with most powerlifters is the belief that cardiovascular, e.g. aerobic activity, will reduce their strength, make them tired and cause them to lose weight. Those concerns are all true, they just need to be kept in perspective.

I have read very few articles over the past 33-plus years that encourage powerlifters to include consistent aerobic exercise in their weekly routines. The heart’s a muscle also, and it needs to be trained with the same seriousness as the squat, bench press and deadlift.

What needs to be considered when incorporating cardiovascular work in your routine is frequency, intensity and duration. If these three areas are used as the guidelines to a consistent cardiovascular program, you will receive great health benefits from this training and impressive strength benefits as you apply it to heavy weight training.

Let’s examine the three areas previously mentioned and how they apply to powerlifting,

If you walk three days a week for 30 minutes without changing your diet, you will lose nine pounds of bodyweight (probably mostly bodyfat) in a year. Three days a week of cardiovascular work is the minimum necessary to attain the beneficial effects of such training. If you train more than three days, it will, depending on the duration and intensity, impact your strength training negatively. If the duration and intensity are less than 30 minutes and moderate, the impact could be positive.

For example, you power train four days weekly, and after each weight workout you walk from one to two miles at a brisk (3.8 m.p.h.) pace. Or you begin each workout with 1- to 15 minutes on the stationary bike, weight train, then complete the workout with 15 to 20 minutes again on the bike or treadmill or walk outside if the conditions and weather permit.

The important aspect here is to experiment to see when it is you get and can maintain consistent cardiovascular workouts. When I was competing, I would ride the stationary bike for 10 minutes before squatting, to increase the circulation to the entire quadriceps, knees and hamstrings area. This was in the early 1970’s when wraps were not allowed. By doing this, I felt already warmed up to squat. I have also ridden the stationary bike the day after squats and the day after bench presses and deadlifts.

Since walking is so natural, I have found that nearly any da is good to walk. The stress on the body is less when walking than with any other cardiovascular exercise. Wearing shoes that offer good support will act as cushions to decrease the stress on the lower limbs and joints. Treadmill walking three times a week is a favorite of mine. 30 to 40 minutes at 4 to 4.5 miles per hour.

The purpose of cardiovascular work for the powerlifter is to enhance the lifter’s ability to recover faster between sets and exercise sessions and increase the lifter’s ability to train harder. When the Round System was incorporated into powerlifting competition, I thought that it took away from the athletic aspect of powerlifting competition. With the “old system,” if you missed a first or second attempt you followed yourself and were given three minutes to attempt the weight again. With the Round System, you are able to recover while you wait for your attempt again. Seeing if competitors were in shape enough to follow themselves with minimal rest brought drama and excitement to many meets that I was in, and attended as a spectator. Since the “old system” was replaced by the Round System, spectators end up watching weights being lifted, and the competitiveness I think has been lost.

Again, keep in mind you are not training for a marathon, so your training intensity will not be at that level. A good rule to follow is the “talk test.” While riding or walking, if you can carry on a conversation without becoming breathless, you have an appropriate level of intensity. You are also probably in the “target heart zone” that is often cited as necessary to be in to acquire the optimum fitness level and burn bodyfat. Counting your pulse is not as convenient as the talk test.

Brisk walking at 3.8 m.p.h. as a minimum, and 3 m.p.h. on the stationary bike are good baselines to achieve when considering intensity. Also, elevating the treadmill adds greatly to the intensity of this training.

The benefits of cardiovascular fitness far outweigh the concerns expressed by some powerlifters. When you become conditioned, you have far greater energy to train and do more daily things. The weight you lose will be unnecessary bodyfat, and your fitness and energy will allow you to train harder, thus creating greater strength and endurance.

For most lifters, stationary cycling or the treadmill is less traumatic than running or the Stairmaster or a step aerobic class! Depending on your occupation and what is available decide what aerobic exercise is best suited to you,

My friend Marvin Phillips was a police officer for over 25 years, and he preferred running. And why not, as his occupation often required him to do it. Yet Marvin still went on to squat 848 pounds at 240 and at an exhibition he did three reps with 800 in the squat. Was running a negative for him? No, it wasn’t. It made him a better lifter and policeman. I remember one evening on the news, TV cameras focused on a police raid, and who went bounding up the stairs – Marvin, with his bulging biceps and nine millimeter gun out. That’s a visual I’ll never forget.

There are many ways to train the cardiovascular system. I know a man that walked up and down a flight of 20 steps, five days a week for 100 reps. Up and down was one rep. This man was in his sixties and had a lean body. Stair climbing or stair walking is extremely effective as a cardiovascular exercise, as going up and down has its built-in intensity. Try doing this three days a week for 50 to 70 reps. If you can do this comfortably, add a dumbell in each hand or a backpack with weights in it. The key is to keep going for up to 30 minutes. Even 15 to 20 minutes will condition you greatly.

The “farmer’s walk” with a dumbell in each hand for a preset distance is great for the heart and lungs. Consistent work like this will condition the body and give it a more rugged appearance.

Along with conditioning the heart and lungs, reducing bodyfat, lowering blood pressure, stabilizing blood sugar, increasing good cholesterol (HDL) and lowering negative cholesterol levels, and making you feel in better condition and be in better condition, you will have the appearance of a real athlete, and you may hear the comment that was made about me by an onlooker after I deadlifted 700 pounds – “he’s not even breathing hard!”