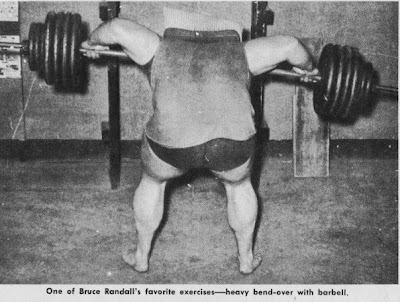 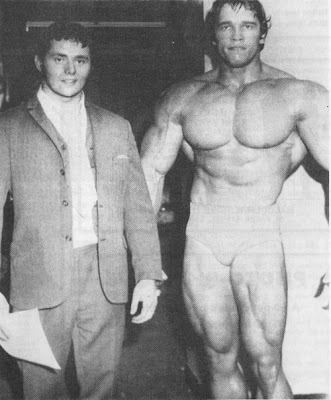 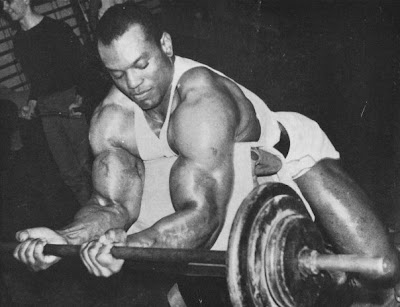 “I just can’t seem to get the definition that I want! I guess I just have naturally thick skin.” This statement, made by many people who are interested in the art of physical development, is voiced frequently. Definition, or cuts, as this quality is referred to in gyms throughout the country, is indeed a most elusive quality. It seems unattainable to some men irrespective of how hard they may train to attain it.

Definition, as applied to physique development, is the quality the body takes on when the delineation of each muscle group becomes highly apparent. You might call it the “detail” of the body. For example, if you went to a museum of art and viewed statues of the human body, the statue which might impress you the most would be the one depicting the greatest detail. The one in which every muscle is highly apparent and each surface fiber is carefully emphasized.

A well-proportioned man in “smooth” condition will almost invariably be improved when he attains that final, finished look which becomes apparent with greater detail or definition. It is, of course, also true that this definition is greatly accentuated and emphasized when the muscle is seen under contraction and tension.

Often the word separation is used in lieu of the term definition when referring to the muscle delineation. Actually, the term separation is generally meant to imply the degree of delineation BETWEEN the various muscle groups. Each muscle group is clearly and discernibly separated from one another. For example, a physique with excellent separation might be one in which the lateral deltoid is developed to a degree that it is very discernible and thus well separated from the anterior and posterior areas. The bicep of this physique would stand out clearly apart from the tricep, the pectorals would look as though they could be plucked from the rib-box, the quadriceps would appear to stand out in sharp relief, etc.

It is possible for a man to have a good degree of separation and yet not necessarily be well defined. It is quite rare, however, when it does occasionally happen. The physique would appear as though, because of great definition, the muscles, “run into one another” without clear lines of demarcation. This occurrence is, as previously stated, a very rare thing and is usually seen among fellows of light bodyweight.

To get back to the original statement, “I guess I just have naturally thick skin.” Just what does the person mean by “thick skin”? How thick can skin be? Actually, the skin is composed of two main layers which are known as the epidermis, the outer skin, and the dermis, the inner skin. The dermis consists of connective tissue and contains blood vessels and nerves, oil glands, sweat glands, and the roots of hair. The epidermis contains no nerves of blood vessels. The lower cells of the epidermis grow, divide, and are pushed to the outer surface where they die. The point is that although someone might possibly have 1/100 of an inch thicker skin than someone else, this is almost infinitesimal and certainly no deterrent to acquiring the desired definition. No human has the hide of a rhinoceros or the thick skin of an elephant! What then determines the degree of definition that one may attain?

Speaking from my own experience, I believe it is safe to say that at a bodyweight of around 400 pounds no one ever has LESS definition than I! On the other hand, when I was fortunate enough to win the Mr. Universe title I weighed 222 pounds, and had fairly good muscular definition. By reducing the bulk of the body, which I found to be an asset in heavy lifting, the body took on a “harder” look.

Fat is the way the body stores energy. If one is to take in more fuel (food) than one burns up, the excess will be stored in the form of fat. And, if a person wished to rid himself of this fat the best way is to reduce the food intake and increase the energy output. The body will then call upon this fat deposit in order to make up for the deficiency in energy requirements. Many people who train with weights feel that the best system to employ to bring out definition is one in which high repetitions are used during each set. Personally I feel that while this will work to a certain degree, there are more effective training methods to reduce this subcutaneous layer of fat.

I prefer to REDUCE the repetitions and INCREASE the number of sets.

To illustrate the above point let us take the following example. Instead of performing 3 sets of 20 repetitions per exercise, I would prefer to perform 10 sets of 6 repetitions per exercise when training for definition. Let us say that we were able to do 3 sets of 20 reps with 100 pounds in the curl. Now, if we were to increase the sets to 10 and reduce the reps to 6 we would be able to increase the weight substantially to, let us say, 150 pounds! The point is that at the end of the exercise we have performed exactly the same amount of repetitions. However, on the high set, low rep principal, we use 50% more weight thus accomplishing more work and therefore burning more energy which is necessary in order to reduce fat and attain definition. Remember, it is the amount of energy you have burned up which in turn is determined by the amount of work you have performed that will determine the amount of fat reduction. This approach to definition should also enable the trainee to retain a great degree of muscle density, at the same time encouraging greater definition. The writer is not suggesting that the reader follow the idea of 10 sets necessarily. It is true that the more sets you perform the longer will be the length of your workout. It is also true, however, that it is necessary to put in many long workouts in order to bring the body around to top contest condition. Ask any top physique winner and you will find that this is true.

Diet is always essential when training. For the person who is desirous of attaining great definition it is absolutely imperative that a strict diet be adhered to. I would suggest that those who find it difficult to refrain from the cake pie and candy routine remind themselves that each candy bar will cost them another 500 situps to work off! I found this to be a very persuasive means of combating temporary dietary temptations! It is also very well known that many, many people are often advised by competent authorities to have a diet which is high in protein when losing weight. This helps the body to burn up fat while at the same time retaining the muscular firmness. Fruits, salads and lean meat along with plenty of fish and chicken, particularly chicken breasts, are important. Liver is an excellent fitness food.

Since milk has a great degree of butterfat, I have found a good way to get the great value of milk while cutting out the butterfat element. Empty a quart of skim milk into a pitcher and add 1½ cups of dry, nonfat powdered milk and mix thoroughly. Place the pitcher into the refrigerator and wait until it is thoroughly chilled. Actually, what you have done is to double the protein, calcium and other valuable bodybuilding elements found in milk, and yet you have almost entirely eliminated the butterfat content which you don’t need. In this manner you do not have to take in two quarts of liquid and get that bloated feeling in order to get the value of two quarts of milk. The powdered mild seems to give the skim milk more “body” flavor. Try it if you are on a definition diet.

Remember that anyone can have the definition he desires if he is willing to train and will apply a little “exercise” of the will power. In conclusion I think it might be wise to add that there is a time to be extremely defined and a time not to be quite so defined. I feel that it is unwise to maintain an extreme degree of definition for great lengths of time because, by reducing the body fat to an absolute minimum, one also reduces his resistance and may subject his body to colds and many other possible illnesses. You will find that the extreme training necessary to bring about and maintain this definition also tends to sap your strength and you will not feel as “vital” as you would at a slightly heavier bodyweight. Often a person will become more irritable when trained down in an extremely defined condition. I personally prefer to stay about 10 to 12 pounds above what I consider to be my contest bodyweight as I can work out with heavier weights and have more energy for life in general. An extremely defined condition is not a healthy state to maintain for any great length of time.