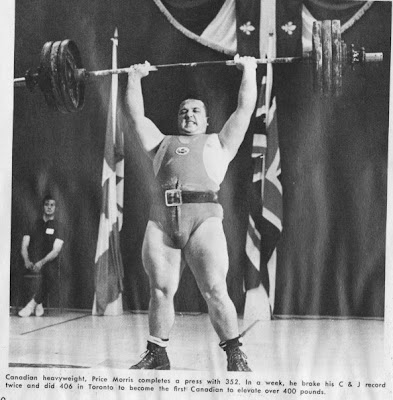 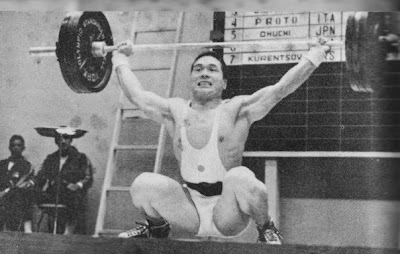 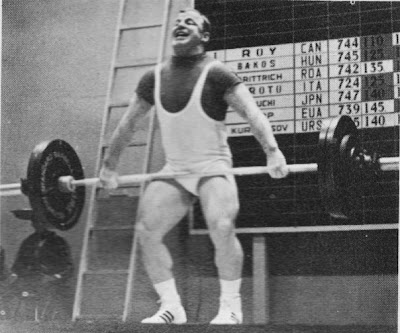 Sports training has as its purpose, by means of systematic, versatile, regular and recurrent physical exercises, to bring the performance of the organism to a definite level and on this foundation to improve the results in the chosen branch of sport.

Physical training influences all the systems of the organism in that it increases the demands placed on it. The healthy organism attains by means of training, so that the functions of all these systems are perfected or improved upon.

By means of training the voluntary muscular contractions or strength of the control nervous system efficiency increases or grows stronger. The equilibrium and the mobility (versatility) of the nervous system grows. There is a connection between everything which happens in the body, and through these changes in the central nervous system, other changes take place in all of the organs and systems of the body. The nourishment (B.M.R.) of the body is improved. This exerts a favorable effect on the body’s work capacity and insures that recovery at the end of the work takes place quicker.

The general principals in the Soviet system of physical training and training for sports are versatility, progressiveness, regularity, vividness, calculated, individual and based on pedagogical foundations.

Great significance is attached in our time to this principle of versatility, whenever an attempt is made to attain better results. This implies intellectual development, of the sportsman, the improvement of his moral qualities, his strength of will, as well as all his physical qualities. These aim at a harmonious development of his musculature, a first class functioning of his entire organism and system, and by this achievement of great strength, speed, condition, flexibility and skill (dexterity).

Many scientific works, (A.N. Krestovnikov, S.P. Ljetunov, N.G. Ozolin and others) refer to the significance of a versatile development of the athlete in order to be able to obtain good results. Different branches of sports develop the body in different ways. Today one can no longer reach the summit if one only develops one physical quality. The lifter needs not only strength but on the contrary also conditioning, speed of movement, etc. For this reason his training must establish likewise the development of these qualities, although the main weight or impetus must always rest on strength training.

General physical training and the training of other sports branches – one must limit these exactly so that it does not impair specialized training, in case such training is provided for during the actual training period. On the contrary, general physical training should serve as a means for active rest and simultaneously it should contribute to the removal of the eventual possibility of weakness in the athlete.

The most important assumption for productive training is that the training load must grow gradually or by degrees. The improvement of qualities like strength, speed, condition, skill, etc. follows by steps. The graduated increase in training load is one of the main reasons for the fact that the body is adapted or suited to the constant increasing demands placed on it and that the desired qualities are created in the body.

A too quick increase of the training load will yield to exertion and will call forth confusion in the functioning of the body.

The positive changes which are produced by training do not happen at once; rather, they take place very slowly. These improvements were, so to speak, deposited in the body. The training load has to be increased gradually so that during the entire period one can continually see the increase of the results.

One should not be content with a training load which is too light because this exerts only a slight positive effect on the training condition of the athlete. Each training session does not have to be heave. Perhaps one should increase the training load for one training period and keep it unchanged at the second and reduce it at the third training session. However, the tendency for the long run in any case should show an upward swing. The time period shortly before a contest will be an exception to this general rule.

The learning of lifting technique should likewise be followed by degrees. One takes this entire progression step by step from the simple to the most difficult. What in the beginning does not lie within boundaries of possibility will probably be able to be executed quite easily.

The most important and productive manner is still, however, to gradually increase the intensity, i.e., the training weight is to be increased step by step. This is the method which brings the quickest results. Often one combines all of these three types: one completes more sets with more repetitions and uses simultaneously heavier weights.

The training load does not grow according to a straight line. First the curve increases and then it falls off. Then it increases higher and after that it falls off anew. If one trains four times a week, one can always have two peaks and two lows in his weekly curve. To be sure one can also have 2 or more training days with the same training load, but only if the body can function easily in doing so. If one trains 3 days a week, the curve looks differently. Then it happens mostly that the peak load is attained on the training day which follows the two days of rest.

The body can not adapt itself quickly to an increased training load and promptly fulfill all the requirements of it. This process demands a certain amount of time.

Therefore, one is not permitted to increase the training load in an uninterrupted fashion week to week, but on the contrary the increase must be in conformity with the improvement of the functional power (ability) of the athlete.

On the basis of the growing training load the contest results of the athlete will be increased. This development follows moderately (or in an undulatory or wavelike pattern).

L.P. Matvejev writes that if a great (large) training load follows a diminished (reduced) one and if the intensity is thereby increased, a change (transformation) takes place which the body has gained by means of earlier training. This is evident through an improvement of contest results. According to the opinion of the author, the training load is the primary factor, which determines the increasing of intensity.

The adaption of large training loads with a protracted (lengthy) biochemical and morphological rebuilding process in the organism.

Only after the training load is diminished and the intensity is increased can there follow an improved of the contest results.

The functional power (ability) of the athlete perfects itself step by step . His contest results improve in a fashion (go up by leaps and bounds), but this also happens after the positive changes are stored up gradually in his body.

Qualities, like strength, speed, condition, etc. are only developed if the training is repeated once after the other. It is exactly so with the vegetative functions. Also, they are only improved upon if the training is carried out in a regular manner.

To learn the movements and the necessary skill is not possible without repetitive exercises, whereby well known nerve reflexes are formed and established. The movements become better coordinated, more exact and economical.

The athlete who has trained with regularity for many years can concentrate quite intensely, and can apply his entire strength if he needs it. The actual movements, the technique itself, is quite automatic. Regularity presupposes repetition after a rest pause, repetition of the weekly and monthly programs, etc.

If the beginner is to learn lifting technique properly, then his individual attributes should be taken into consideration. If the novice (embryonic) lifter is for example flexible and supple in the shoulders and the hips and other limbs then he would win mostly if in the beginning he would turn to the squat style of lifting.

Different people respond differently to training. Therefore, with regard to the training load and the intensity and with consideration of the recovery rate of the lifter, which is different from person to person , proper planning must take place.

The training plan should naturally follow the general principles, it not should be permitted, however, under any circumstances to have a stereotyped (mechanical) character. We must consider the attributes of the lifter. If the lifter has for example a satisfactory degree of flexibility and speed but is lacking in strength and condition, then above all the training should naturally be oriented to remedy this deficiency.

Following this principle of vividness (clearness) for example, is important if the beginner is learning technique. This will proceed faster if the novice lifter can study with his own eyes how to do it.

For this purpose we use pictures and films, which show a master lifter in action. On this basis it is also useful to permit the beginner to train in the same gym in which the master lifter is training, which moreover is excellent for the development of boldness, toughness and strengthening of the will in the beginner.