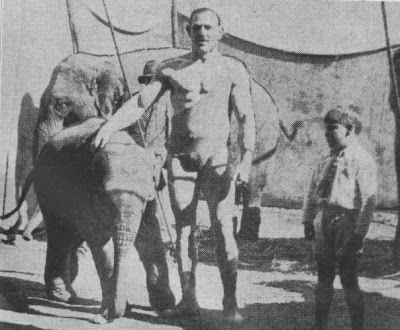 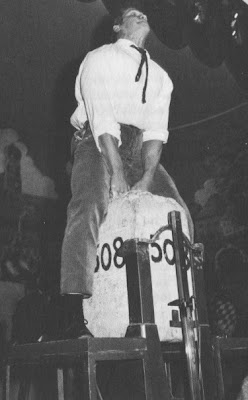 Question: In the heavyweight class, who were the recognized American champions in the two hands deadlift from 1929 to 1951?

Frank Petruske, a rangy built man with very broad shoulders, established a record in 1928 of 552 lbs. Because of his untimely death due to drowning July 4, 1929, his eventual capabilities were never proven. The next champion was Walter Podolak, who was recognized as the strongest man in in 1933. A veritable Hercules weighing 212 lbs. at a height of 5’7” with a massive chest, 19” neck and sinewy 8” wrists. Not only a champion lifter but a fine tumbler and wrestler as well, he started using weights at 16 years of age and at 18 could run the 100-yard dash in 10 seconds in a display of speed, and for sheer power deadlifted 500 lbs. Walter continued training and two years later deadlifted 545 lbs. to be superseded by his final record of 657 lbs. He has remained an athlete over the years, wrestling the best throughout the world, a leading matman. Carl Papke established a new record in 1937 with a 675 lb. deadlift, while J.C. Hise claimed an unofficial 675 lb. stiff legged deadlift and a two hand regular deadlift of 700 lbs. A powerful convict in San Quentin prison also claimed a near 800 deadlift which was unfortunately never allowed to be substantiated. Harold Ansorge, a famous professional, lifted slightly under 700 lbs., and finally Bob Peoples, a 181 pounder, lifter over the fabulous 700 by 10 pounds and is recognized as the present deadlift champion. should be proud of this brawny native son!

Question: What is the Breton Pole? Is it an undersized tree to be tossed similar to the Scotch caber?

Answer: The Breton Pole is similar to the caber in appearance although very much lighter. Instead of being tossed, the smaller end of the twenty foot long staff is held under the armpit and grasping further down the shaft with both hands and levering the upper body backward to right angles while bending he knees, the butt end is raised high into the air, similar to pulling in a big one with a fishing pole. Although the Bretons settled in , they speak a language of their own. Their champion with the Pole was a baker named Jean Francois Le Breton, an extremely powerful man weighing slightly over 200 lbs. at 5’7 ¾ inches in height. Kneading dough as his livelihood had given him the terrific hand strength of the Turk wrestlers who trained in the same fashion using a bucket of clay. Some of Francois’ best lifts were – one arm swing 199 pounds, one hand snatch 193, one hand military press 124, two hands clean and jerk 320, and a crucifix of 77 and 66 pounds equaling 143 pounds. Once, gripping a cumbersome bar weighing 230 pounds with a 2 ½ inch diameter handle he lifted it overhead.

Question: It’s always a question who is the strongest man. Just what is considered the strongest animal? Can a strongman compare with a snake in strength, weight for weight and who would win in a physical encounter?

In previous articles I told of Sandow cowing a lion, and “Farmer” Burns the famous wrestler throwing a bear. These are rare instances and few and far between, a very praiseworthy expression is the term “he can lick his weight in wildcats” signifying an individual’s toughness. However, I have weighed the common wild cat (not to be confused with the Canadian lynx) an the particular one I had on the scales weighed 42 ½ lbs., in which case a 200 lb. man would have to face four of these snarling, spitting demons, 170 lbs. total all at once. In all probability it’s doubtful if the athlete could subdue barehanded just one wildcat weighing the 30 lbs. excess weight that would equal his 200 lbs. It’s interesting to note that Carl Akeley, the famous big game hunter, once encountered a 80 lb. leopard and, after his first shot had fortunately broken its foot and it couldn’t get a purchase to disembowel him with its hind claws, yet with its teeth sunk in his right arm he gripped its throat with his left hand and in mortal combat they rolled about on the sand. Carl finally got on top forcing his elbows into the beast’s armpits until he could drive his knees again and again into the chest wall breaking the animal’s ribs! With broken bones piercing the lungs he still had to repeatedly stab the tenacious feline with a knife before the last flicker life departed. A snake, weight for weight, is physically superior to a man. There is a battle between man and reptile in the R.K.O. production “Tembo” where a python which appears about the same weight as it victim quickly had two twists around the man’s body and the next coil would have crushed him to death but for the advent of Howard Hill, the world’s greatest archer, killing the snake with his first arrow through the python’s head. And speaking of characters and animals, on a motion picture location they needed live animals and hired a range hardened Texan who claimed he could catch anything that walked on four legs using only a five foot piece of pipe with a flexible cable welded to one end and looped back through the pipe to form a snare, the loose end having a wrist hold. This type of come-along is typical for small animals but they emphatically wanted mountain lion and bear and doubted his ability, especially as he toted a jug. “Hyperphobie medicine” he called it. Well, this tough-as-cowhide cowboy proved himself fearless by crawling into a windfall headfirst after a wild cat and, backing it to the limit, snared it around the neck and forefoot, dragged it into the open and snagging its legs with another noose then tied it up with pigging thongs. Next, he took a long swig from his jug and poured some of the liquid over his badly lacerated hands. A few days later the dogs treed a huge mountain lion weighing nearly 200 lbs. Tex went right up the tree and out on the limb, maneuvered with the beast for a short period, finally flopped the loop over its head, tightened the noose with all his might and the cougar leapt with explosive power into the air. Lion and man struck the ground fifteen feet below. got on his feet and to choke the animal into submission and really established himself. Now the question remained: could he handle a bear with this technique? He had his chance shortly, when he disturbed a den of cubs and a ferocious cinnamon dam charged him; the dogs, nipping at her rump, gave him a chance to slip the noose over her head; she went berserk, rose on her hind legs, skewed around, pushed, backed away, rolled over and over, slavering mad while reaching for Tex with her powerful forearms. Straining at the cable, half the time in the air, hung on, yelling, “Don’t shoot! I’ve got her!” Finally, gasping for breath, the big cinnamon rising to her full height and spinning in a circle on her hind feet, had describing an arc and while still yelling he had her, was slammed into a tree as the bear became free and had to be shot. When they got to breathing again, he cursed them for shooting her and to this day claims that bear was the only animal he failed to capture with his tackle. What a foolhardy man he was! Unlike man with his diversified means of displaying strength and always insisting on ways of proving who is the strongest, in the kingdom of mammals there is no doubt that a whale is not only the largest but the strongest animal, weighing half-a-hundred tons and reigning unquestioned supreme.

Question: Among the wrestlers, who has become the most famous thru the application of novel ideas, extravaganza and ballyhoo – with a proportionate bank account?

The modern trend gained emphasis in a big way with the advent of Gorgeous George in 1943 who is now recognized as the Human Orchid and who became a blond as recent as 1947. Here is a smart performer, for displaying his “wares” in 277 exhibitions in 1951 his ring revenue paid him $160,000 aside from the fat that he is now probably the world’s most illustrious turkey raiser, amassing $128,000 from the birds in the same year. He expects 1952 to become his banner year form his feathery chested friends with an intake of $150.000. You, in , are fortunate who can visit Gorgeous George’s Turkey Ranch at , where he has invested $250,000 in his sightseeing , raising 70,000 birds. His catering bar specializes in turkey sandwiches, he has his own killing plant and wholesaling company and the birds are raised on high nutrient food concentrates. Imagine having your bird delivered in a limousine with an orchid stamped on the door! At the National Turkey Show, George went so far as to dye two of his robust birds a brilliant orchid, and had his attending valet douse the strutting beauties every few minutes with perfume of a rare bouquet. The routine of his valet is no bed of roses, and George’s schedule in 1951 wore out seven of them in less than three months as the Orchid Man traversed two countries, 38 states, wrestled 57 matches besides 68 television and radio appearances requiring almost over 150 changes of costume and 65 trips to the beauty parlor. The valets earned $300 weekly. George generously gives away his 14 Karat gold hairpins to his avid fans; he also manufactures plastic orchids and his turkey labels to growers are priced at 25 cents with an expected sale of 500,000 of them. It’s more than turkey feed . . . I have known George a good many years and behind his veneer of shocking the public he is an astute business man and really fine wrestler.