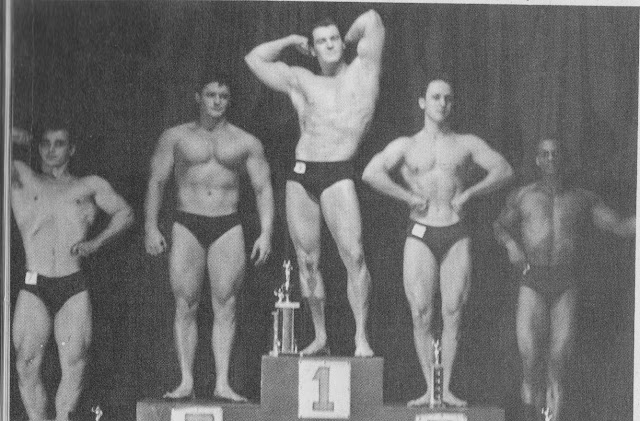 Tommy Suggs winning the 1965 Mr. Greater Pittsburgh title.
You might think he writes a lot like Bill Starr.
Uses the Oxford comma too.


I was talking to one of the local high school coaches when I noticed Charlie coming out of the dressing room. He looked like he was ready to liftr in the Senior Nationals. A bright blue sweat suit, York lifting shoes, and a lifting belt that was too stiff to fit him snugly. He waved and started doing some calisthenics. I finished my conversation and walked over to him.

"Like a weightlifter. I see you got all the workout gear together."

"Everything but the knee bands. I'll have to wait a week or two on those. Little short on coin."

"We'll get by without them for the time being. Ready to get down to work?"

"You bet. What's on the agenda for today?"

"As I said earlier [first article in this series], we'll be starting with the basics and today we will be doing the basic of the basics as far as lifting is concerned."

"Today you are going to learn the basic pulling position or how to lift the weight from the platform to the chest. It's called the Power Clean."

"Oh, come on, I know how to lift the weight to my chest."

Charlie walked over to the Olympic set which was loaded to 135. He walked up to the bar, reached down and flipped the bar to his chest.

"See, nothing to it. Anything wrong with that?"

"Nothing at all, my young friend, if you plan to lift under 200 pounds the rest of your life/"

"I mean that even Bob Bednarski would have problems cleaning bodyweight in that style. You did, by quick tabulation, about half a dozen things wrong."

It was obvious that I had slightly offended my young trainee. He had been, as everyone in town knew, the pride of his football team, but I did have his absolute attention at this point.

There was an indefinite period of silence and Charlie looked at me in disbelief. His facial expression changed from pride to wonderment to anxiety.

"Wow, I might be in the wrong sport if it's that complicated."

"Well it is that complicated in a sense, but the mistakes can be corrected quite simply. It's a matter of knowing what to do as in any other sport. As for whether you're in the right sport, you'll probably wonder that same thing a thousand times in the next few months."

"Let's start with the foot position and work from there."

Charlie reluctantly walked on the platform. He was standing about six inches away from the bar with his feet quite wide.

"Charlie, I want you to assume a position that allows you the maximum thrust. With your feet that wide you are not in your strongest pulling position."


"How can I be sure what is the strongest pulling position for me?"

"A good question, because individuals do vary. The simple method to determine the strongest position is to have the lifter stand, shut his eyes, and pretend he is going to do a standing broad jump. Generally speaking, a person will assume the strongest thrusting position."

Charlie did this and after a little shuffling found his feet to be less than shoulder width with his toes pointed straight ahead.

"Now step up to the bar so that your legs are almost touching the bar."

"That feels too close."

"It will at first because you aren't used to it. If you look down you should be looking over the bar at your instep. Good. Lift your chest high, pull your shoulders back, look up slightly and reach down to the bar."

"Lift your hips just a little and lean over the bar more. Your deltoids should be in front of rather than in back of the bar. Deadlift the weight. Again. One more. Good, Charlie. Does that feel comfortable?"

"Feels pretty good, but my lower back is getting tired."

"It will, but the lower back will strong in time. Hold that same good starting position and bring the weight to your chest."

This time Charlie hurried the weight off the floor, his hips went up and his elbows were bending by the time the bar reached his knees. He looked at me with a weak grin and said, "Wrong, huh?"

"Only because you hurried it way too much. A power cleaning movement is exactly the same as a deadlft until the bar reaches the knees. You tried to make it move faster at the start figuring it would move faster all the way through and it just doesn't happen that way. The thing that enables you to snap at the top of the pull is a good position off the floor. Let's try it again. Bring the weight off the floor slower this time and don't think about speed until the bar gets knee high."

His next attempt was a little better and his third better still. He was quickly developing a basic pattern and all he needed was time and practice to finish it.

"Looking much better. Let's stick with the 135 today and do all five sets with that poundage. I want you to be thinking primarily about style rather than weight."

"I didn't think that there was so much involved in just lifting the weight to the chest."

"The power clean is the basic pulling exercise for all the pulling movements. Once you have that technique fairly pat, the power snatch, squat clean, squat snatch, shrugs, hi-pulls, pulls off the rack, and deadlifts all come relatively easy. So we'll just stay with this most of today and work into the remainder of the program tomorrow. The other two exercises I have outlined for this phase of the program are quite simple by comparison so we'll use all your energy on this cleaning movement."

"I can see where this just could get a guy in shape."

"There definitely is more to becoming a weightlifter than pure, raw strength. Once the tempo of the workouts picks up you'll really appreciate that a weightlifter can get in tip-top physical condition while becoming stronger." 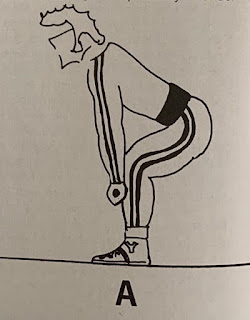 Figure A shows the correct pulling position as described above. The back is flat, the bar is over the insteps, the shoulders are taut and the lifter is leaning over the bar slightly so that his deltoids are well in front of the bar. 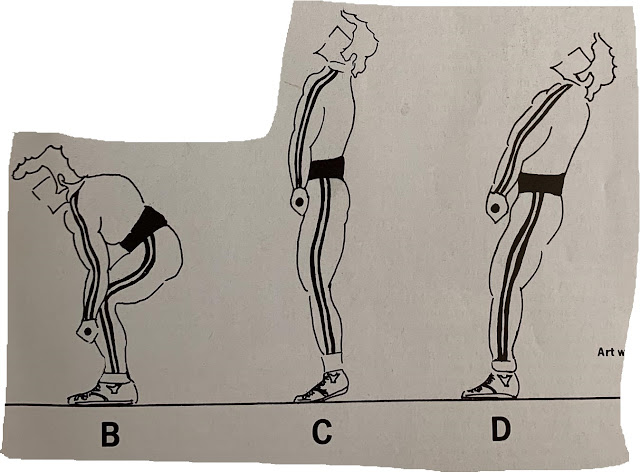 Figure B illustrates the most common errors found in a beginning lifter. Arms are bending too soon and the back is rounded.

Figure D shows the usual mistakes of a novice. The feet are flat, and the lifter is pulling the bar back rather than up. 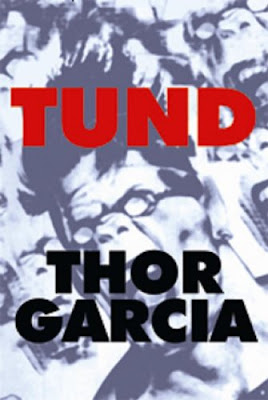