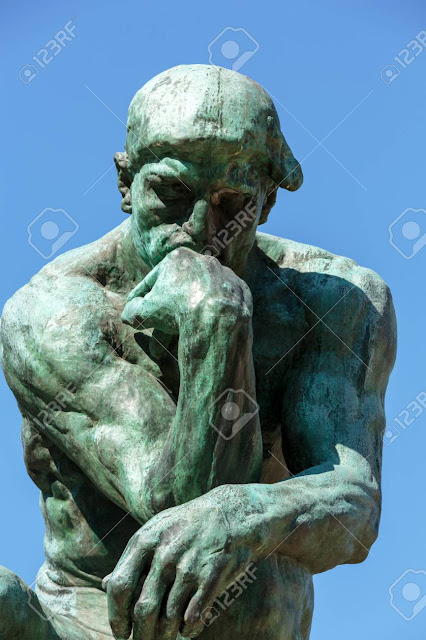 
Beyond any shadow of a doubt, as a group today's bodybuilders and weightlifters have built for themselves the most powerful, best developed shoulders of all time. Their average development far exceeds that of other athletes, and a few have developed themselves shoulders which spread over two feet in width.

First of all, let's make a brief anatomical study of the shoulder area. Shoulder development is a matter of two things: the underlying bone structure and the overlaying muscles.

The two bones primarily of concern are the clavicle (collar bone) and scapula (shoulder blade). The size and shape of these bones is basically what constitutes the width of your shoulders. It is worth noting that these two bones are directly or indirectly connected with the thorax (rib cage).

If one can stretch the rib cage through exercises designed to accomplish this end and to induce deep breathing, then one can certainly expect to attain a wider shoulder spread. In other words, a well planned chest routine can definitely assure you a better shoulder development.

Let's take a minute to illustrate this point by example. Let's compare two very famous bodybuilders - John Grimek and Steve Reeves. Each man has attained a maximum degree of shoulder development, yet each represents an exactly opposite type of body structure.

The difference is that Grimek has rib cage development much superior to Reeves.

So much for rib cage development. My only purpose in mentioning it was to point out its importance in the building of big shoulders.

Now for the muscles which make up the shoulders and related areas.

In back we have the trapezius, infraspinatus, teres minor, teres major, posterior deltoid, and latissimus dorsi.

In the front of the body, the pecrotalis major muscle, particularly the clavicular part (although the entire muscle falls within our scope because of what we have said about chest development [rib cage] as related to broad shoulders, and the anterior part of the deltoid.


What exercises affect the muscles of the shoulder girdle? Let's list a few major ones, then discuss each of them and how they work the muscles involved. They are the bench press, shrug, upright row, bentover laterals, chins, military press, standing lateral raise, and pullover.

BENCH PRESSING has always been a basic chest development exercise, but it also affects the deltoids to a great extent. There are many varieties of bench pressing, such as wide grip, narrow grip, normal grip, incline or decline, and naturally each of these gives different results. Bench pressing works the tie-in muscles between the pectorals and deltoids, an area of the body most important to the bodybuilder. When developed properly it is very impressive, and it definitely is to be considered part of the shoulder area.

SHRUGS directly affect the trapezius. The proper way to execute a shrug is to

Performed this way it can't help but give good results. Heavy weights must be used, for the trapezius is a very strong muscle which can absorb quite a bit of punishment.

UPRIGHT ROWING stimulates the trapezius muscle much the same way as the shrug, but not as much weight can be handled as in the previous exercise. In addition, however, in this exercise the deltoids and other muscles of the shoulders come into action, making this a highly recommended movement.

I personally favor a regular grip on the bar, at about the knurling on an Olympic barbell. Start with

- the arms extended and the knees bent slightly, then
- pull the weight up to the bottom of the rib cage.
Utilizing this method allows one to use rather heavy poundages.

BENTOVER LATERALS are a great exercise for the whole upper back region. Aside from the direct effect it has on the posterior deltoids it also affects the trapezius, infraspinatus, teres major, and teres minor groups. Thus, bentover laterals cover every major muscle in the upper back.

To do it properly, keep the back flat as you bend the upper body forward at the waist. Try to maintain a 60-degree angle from vertical. Oh for Chrissakes, 30-degrees from horizontal! Start with the dumbbells in a hanging position and raise them in an arc to shoulder level. Do this exercise slowly and deliberately for best results.

CHINS, like bentover laterals, also affect the posterior deltoid area, and in addition you will find that they develop the infraspinatus and both teres groups because they directly work those muscles. Often these effects of chinning are overlooked because most trainees tend to think of this exercise as being primarily for the latissimus and arms.

MILITARY PRESSING is what I consider to be the primary shoulder (deltoid) exercise. It involves the maximum range of motion of the deltoid. In addition to the regular pressing exercise I have practiced and highly recommend the use of Functional Isometric Contraction pressing from a power rack. Three positions - start, eye level, and 3/4 to lockout should be used. As usual, maximum stress should be applied for 6-12 seconds. One further comment: do not practice regular pressing and isometric pressing in the same workout.

STANDING LATERAL RAISES have been a basic exercise among weight trainees for many years. No bodybuilder should ever forget to include it in his routine. The exercise directly affects the deltoids. Forward raises, performed with dumbbells or a barbell can also be included.

PULLOVERS were mentioned in our list of basic shoulder exercises, and earlier in this article I mentioned the role of the thorax in shoulder development. Increase the size of your rib cage and your shoulders are going to increase in size as well. There is no better exercise to accomplish this than the pullover.

Personally I prefer to use dumbbells for this exercise. The idea is not to use heavy weight, but a poundage one can handle comfortably for 15-20 repetitions. Lie across a bench, with only the shoulders supported, and stretch as much as possible. Remember to keep the arms straight and stretch.

To get the best possible results from any exercise or group of exercises, they must be used properly.

A basic rule is that a routine should be well balanced.

Another point is that the exercises should be practiced in proper sequence.

Returning to the first rule, it becomes obvious why I have suggested in the eight movements listed several exercises which primarily affect areas adjacent to the shoulders. There are thousands of exercises, but who can name eight which directly affect the shoulders only? Anyone who chooses to do exercises which affect only a very small area or a single muscle will certainly be limiting himself to a very few exercises, and more important, he'll also be limiting his progress.

In my preparation for the 1963 Mr. America contest I used all of the exercises listed in this article. I don't mean I did each of them in any single workout, but over the period of several months each was used regularly at one time or another. Certain of them were never combined within one workout.

The manner of executing them also varied.

On the upright row, for example, at one time I might take a given poundage and do the normal 8-12 repetitions for 3-6 sets. And on another training day I might take a weight I could handle fairly easily for 6 reps, then add 10 pounds per set until I reached a 6-rep maximum. On the very last set I would hold the barbell in the finish position for six seconds, in effect making that last rep an isometric contraction. This system helped me a great deal in my Mr. America training.

In conclusion, I'd like to say that for most bodybuilders three exercises directly affecting the shoulders should suffice in one exercise period. For example, it might be the press, then either shrugs or upright rows, and finally either standing or bentover laterals.

Remember, your shoulders are also getting work from exercises primarily designed for other body parts. Beware of over-training the shoulders. Too many reps can wear them down fast.

As always, I wish you greatest success.