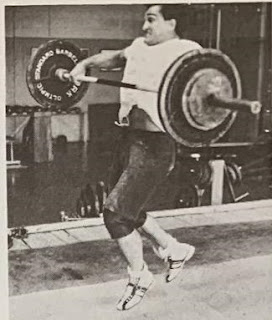 
Having experimented for some time with a different kind of arm routine, I would like to share the results with the readers of IronMan.

Although I am interested in heavy lifting, like many lifters, I see no reason not to include a little bodybuilding in my workouts. Iy has always helped my lifting and has done a little for my appearance. Like most people in the iron game, I am very impressed with a pair of big arms, and was not at all adverse to having them myself.

In the first article dealing with descending sets [IronMan, January 1974], I mentioned that because of childhood diseases I was a very slow gainer, in many cases a non-gainer, and frequently a retrogresser. Most writers advise hard gainers to work hard on just a few exercises, stressing muscle group movements such as bench presses and squats. This is still good advice, as long as progress is being made.

But what happens when you work hard on a basic routine and the lifts reach a still low level and refuse to go up? Do you continue to do them regardless of the fact that you are getting no results? Or do you try something else?

In my own case, after all the years I have trained (about 13 of them) I found that when a muscle or a lift reached a plateau the answer was always to work it harder. Not necessarily longer, but harder.

In this article I would like to tell you about a routine I used on my arms. I realize that there are a lot of arm articles published and you may have started to feel that there is a certain sameness to them, but hang in there . . . this article is so different it may actually work for you!

My arms didn't seem to grow much over 16 inches no matter what I did for them. Then when I heard about the Nautilus machines developed by Arthur Jones I thought perhaps that was the answer. Like many of the readers of this magazine, I realized that I would never be able to buy one of those machines, let alone a set of them. However, I thought I understood them well enough to build some of them which would be serviceable enough to show results. I hope to cover this more thoroughly in another article, but for the moment let me say that the machines I built were good enough to push me quite a ways past my previous sticking point so they must have had some value.

Note: Articles on his home made isolation machines appeared in IronMan - November 1975 and March 1976.

Remember, too, that if the strength curve of the pulleys were not exactly correct some of our best exercises generate a strength curve that is almost entirely wrong.

In any case, after a couple of months my arms were over 17 inches. As I write this article my arms measured over 18 inches cold this morning at a bodyweight of 225 pounds. In fact, it is getting harder and harder to convince people that I am the original hard gainer. Would you like to have this problem?

First, let me tell you the basic idea of the descending set. If you have been reading IronMan for any length of time, you know that most authorities feel that a muscle will not grow bigger and stronger unless it is worked at or near its limit. In other words, if a muscle is not worked hard, it won't grow and that is that.

Because of this you also know that the last one or two reps in a set are the ones that produce growth because they are the hardest ones.

But what would happen if every repetition in a set was maximum?

In order for this to happen we must reduce the weight every repetition to allow the next rep to be completed. I realize you have been hearing a lot about compound sets in which you do several reps and then reduce the weight so that you can do still more reps, but I AM NOT TALKING ABOUT THIS.

Compound sets still contain a lot of reps which are not maximum. We are going to carry this idea to its logical conclusion and make every rep maximum.

In my first article about descending sets I mentioned that I developed the idea independently. I now find that Richard A. Berger and Hardage did some successful experiments along this line.

Note: If you're one of those types, the article you're looking for was published in Research Quarterly in 1967 - "Effect of Maximum Loads for Each of Ten Repetitions on Strength Improvement" by Richard A. Berger and Billy Hardage.

I found mention of the article in this awesome book that came out in December of last year: 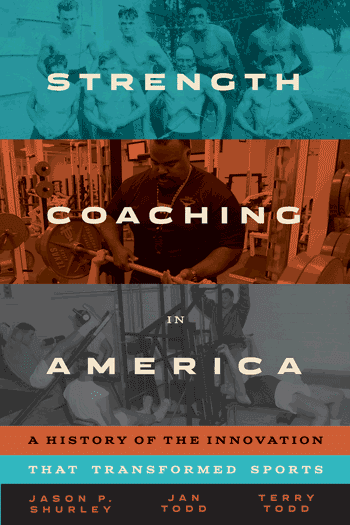 It's always great to see a book on training and its history that includes in its note/reference section Your Physique, Physical Power and some of the others along with yer research studies.
Table of Contents

Chapter 1 -
Before Barbells: Strength Training, Athletes, Physicians, and Physical Educators from the First Olympic Games to the Twentieth Century

Chapter 4-
Pioneers of Power: Strength Training for College Sports before 1969

Chapter 5 -
An Emerging Profession: Boyd Epley and the Founding of the National Strength and Conditioning Association

Chapter 6 -
Bridging the Gap: The National Strength and Conditioning Association and Its Impact

Whew . . . slightly sidetracked there, but for a good book cause!

Continuing  with the original article . . .

I use two different kinds of descending sets. In one, I do one rep and then decrease the weight each rep. In the other, after the first rep I decrease the weight and do one strict rep and one in slightly looser style, then lower the amount of weight, do two more and so forth until I do from 5 to 10 reps. In this article we will be talking mostly about the single descending set, the type in which the weight is reduced between every rep.

How much weight do you take off each rep? This may vary a little with the individual, but basically a certain percentage seems to give good results and will give you a starting point. To do 5 reps you will reduce the weight by 25%. Let us use the barbell curl for an example:

That is 5 reps and every one will seem like all you can do.

This is a whole different animal than doing 5 regular reps, and the result is different, I assure you.

I usually do only 5 reps so this is all I need, but if you continue a descending set in this manner the increments get pretty small.

I have not found that the results are less if I pause for several seconds between reps, but this seems to be an individual thing. Some do better to go through the set with almost no pause between the reps.

Now for the routine itself.

I use the tricep and bicep machines I built but they are not easy to build and since most of us do not have access to Nautilus machines, I will write this routine for a barbell. I have tried this too and it works well, but not as well as the machines.

Do 2 sets of Reverse Curls in this manner. Then go the regular Barbell Curl and do 2 sets in the same style. At the end of your second set of five single reps take off a little more weight and do 5 quick reps for pump. These reps are done continuous with the last 5 descending reps making the last set 10 reps.

And that is the total workout for the biceps!

Don't be tempted to do a lot of sets. This training is very intense and you do not need much. In fact, you cannot stand much. However, do adapt this routine to your own physical and psychological needs (there's that "temperament" deal again). You may need more or less than I do and you may want to speed up the tempo of the workout or slow it down, but I suggest you start with this routine as written and then work from there.

The triceps are next.

Use either the standing triceps extension of the lying version. For short periods of time you might want to try both. Do 2 sets of your choice of tricep extension, doing a descending set of 5 singles and adding 5 pump reps on the end of the 2nd set.

If you only use one type of extension and you are an advanced man, you may want to do 3 sets, no more. It is very easy to over-train with this kind of workout and it is important to keep the number of sets down.

But remember . . . each rep is a teeth gritting, result producing rep.

With other types of training you can certainly train longer, but you cannot really work harder in the sense that your muscles are forced to produce more power for the same number of reps.

Pre-exhausting the muscles works the muscles longer, but does it actually work them harder?

I am not knocking these other types of training and have used them myself. What I am saying is that the descending set pushed my arms up further than any other method has pushed them.

Below are some figures of how much I reduce different weights each rep. I round off my exercise weights to the next highest figure. I also round off the amounts I take off to the next highest figure. So even if I start an exercise with 90 lbs., I remove 10 lbs. after the first rep instead of 9 lbs. and I remove the other decreases as though it were 100 lbs. starting weight rather than 90.

There is nothing magic or "official" about these figures but they are a place to start.

To make it clear . . . start with the large poundage and work down to the smaller one. The small numbers to the side of the heavier weights are the decreases.

Remember, you can't work harder than every rep maximum and that is the name of the game.

Yeah, I think you're gonna enjoy that book!

But, what the is? 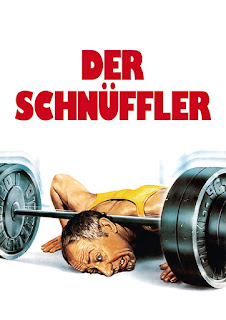