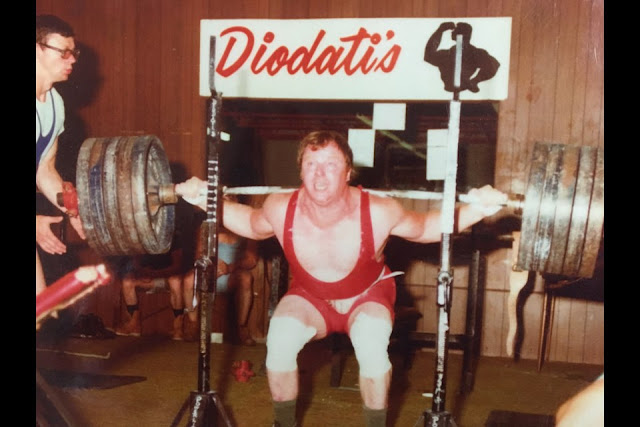 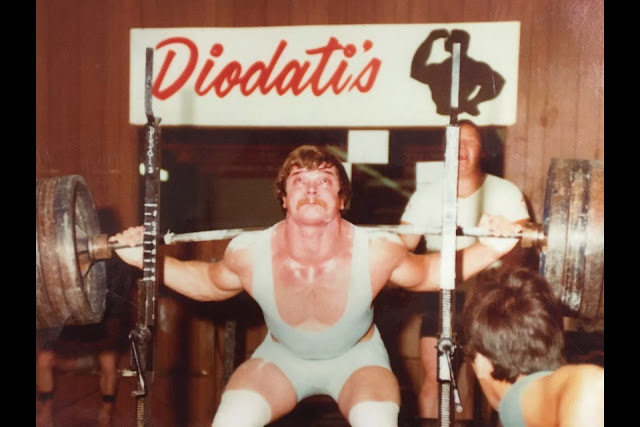 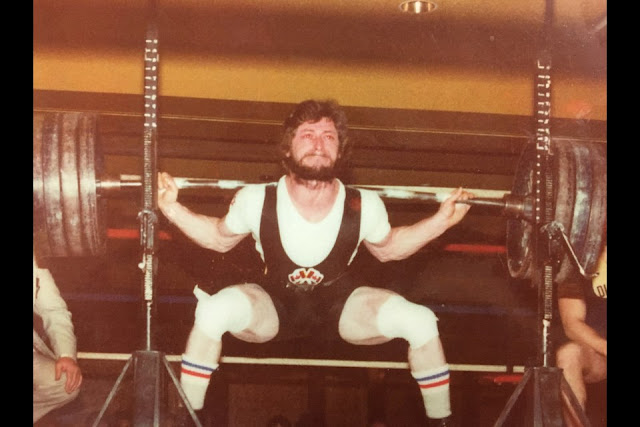 Mike Kennedy: As most of you know, I am not one for putting all the wild routines there are in my newsletter. The following is definitely an exception to this rule.

Like Mike McDonald's bench press routine of a couple of months ago, I feel this has something to offer to any level of lifter and is applicable to anyone's routine. '

I first became acquainted with this lifer, Dennis Wright, while I was vacationing in Oklahoma. I was told I might contact him and catch a couple of workouts while I was down that way. 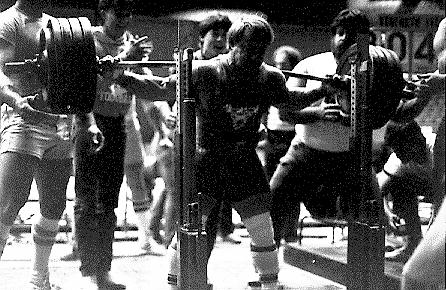 Dennis works out by himself most of the time so he said he was happy to have the company, and we proceeded to catch a bench-squat and a bench-deadlift workout two day I was there. From meeting Dennis I was impressed with his enthusiasm and dedication to the game and I would like to share this squat routine with you.

I have tried it and I feel this routine is a great change of pace from what you are probably doing, and believe you me, it works you. Much thanks to Dennis Wright of Baxter Springs, Kansas for sharing it with me and even more with my readers.

The routine below is based on a 590 squat in training prior to the time when his meet was held. It is divided in three general types of workouts. These don't necessarily need to be done on successive days and I have simply numbered them 1, 2, and 3.

This is a heavy repetition day with a short warmup followed by these heavier sets. For example, Dennis warms up with 245x10, 400x6 and 475x3. Then he does 4 sets with the heaviest he can do for 5 repetitions. it is important to pick a poundage with which you can "finish" all 4 sets of 5 reps. For Dennis this is 500 pounds.

After the 4 x 5 with 500, he finishes with 2 sets of about 6 reps of "full squats." By this I mean he takes his squat down as far as possible. Dennis says this has done a great deal for his power and stability from the bottom in a low position. For these sets, he uses around 400. If you are just beginning to use these, you'll find that they feel very different from a regular power squat.

Here Dennis does the part of the routine total that I feel has the greatest merit. This really gives you some basis of realizing if your squat is or is not improving. After warming up with the same three sets as in Workout 1, he proceeds to do a sets of 5, 4, 3, 2, 1, working up to the last single-rep set at 80-85% of the maximum.

As in Workout 1, Dennis finishes with two "full squat" sets going to the low position.

In the third workout of the sequence Dennis works only sets of heavy triples. After the three warmup sets, he does 4 sets of 3 with a weight of around 540. Again, as with the 4 sets of 5 in Workout 1, this weight is flexible depending on how you feel that day, etc. Then the two sets of "fulls" to finish off.

About 2 weeks or so prior to a competition, he will change this workout to simply doing sets of heavy doubles. This is to get used to the heavy weight on the back and establish the correct depth for meet situations.

This routine is not going to revolutionize training on the squat. Many of you are probably doing something similar to this now.

It does, however, have definite direction and it DOES work.