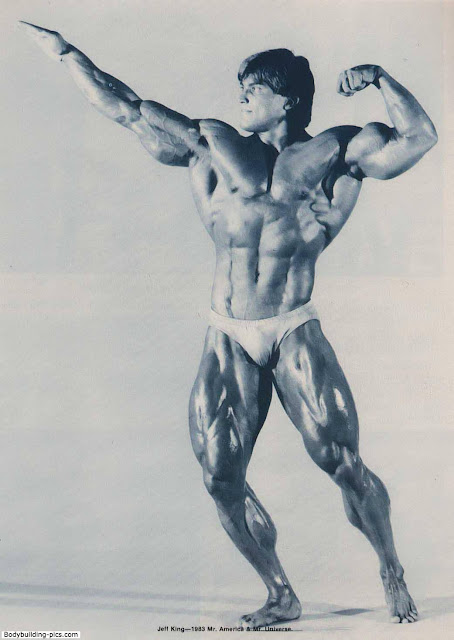 Great conclusion to this 2 part series on arms. Sorry to read about your experiences with golfer's elbow but I've had very nasty cases of that myself from doing exactly as you said which was from weighted pull ups or in your case chin ups. I can only speak for myself, but I've found a good combination to heal golfer's elbow if you're interested in trying it out yourself. What I do is timed holds on finger lifting via nylon loops which can be fastened around anything such as a loading pin, barbell or dumbbell. I purchased a pair of these things called eagle loops from ironmind and they really take care of it. I like to focus on whatever arm is bothering me or if it's both then do both arms. Using a combination of ring and pinky fingers I lift the loading pin and try to hold anywhere from 5-10 seconds depending on how heavy the weight or my pain tolerance because these straps really dig into the skin.

After doing that I like to do timed holds with a very thick pinch block of at least a 3- inch diameter with a weight that allows me to hold for 20 seconds. I found that it's very hard to hold onto traditional pinch blocks which have a smooth surface and so I researched for a company that makes ones with a sandpaper like feel to it with great friction to avoid slipping. Here's the link for the block: https://driftlessclimbing.com/products/pinch-block-4?_pos=1&_sid=73a3c1bb6&_ss=r&variant=31389124067428

Even though they claim it is 4 inches I measured it to be 3.75 inches in actual diameter but it really nails the forearms and elbows. Doing these 2 exercises every day is what keeps me from having tennis elbow, golfer's elbow and arthritis in general.

Yes! Thanks for the tips on golfer's elbow removal . . . that came out sounding odd. I picked up a tip that works for me . . . even though I didn't see why it would. Lie on the ground back flat, legs outstretched. Allow your extended straight arms (think bench lockout) to travel back as far as possible behind your head, without straining. Just let 'em drop back to where they'll go on their own. Stay like that, stay relaxed with your arms getting closer to the floor as they relax more and more. 10 minutes a few times a day actually relieved the golfer's elbow for me and still does.

Sometimes it's hard for lifters to believe something as easy and relaxed as this will work. It did for me!

Glad you liked that Zulak arms article. I did too . . . and dug about the rat-nest here to find another long one of his . . . this one's on Rowing.