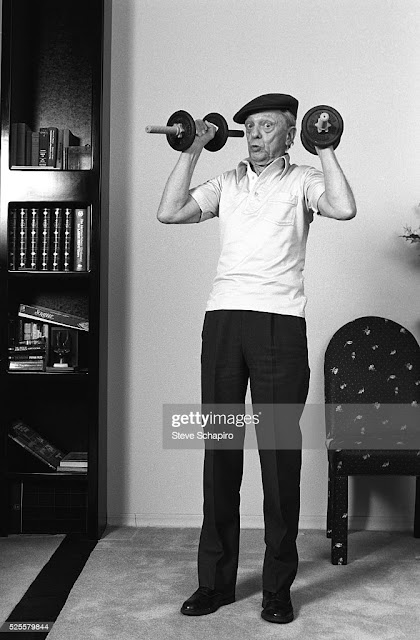 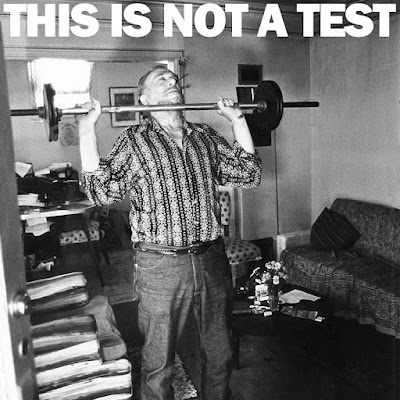 There is no doubt that because of genetic limits you will never have the calves that can bring you a prize. I know a lot of athletes who have spent literally years trying to increase the size of their lower legs, but could not do it. However, almost every serious-minded athlete can significantly increase the functional strength of his calves. A muscle growth will come in time - but even increased strength calves at 20 or 30% will give you a lot.

Powerlifters have long recognized the stabilizing function of calves during squats, and the first thing I said to Bill "Peanuts" West, looking at my immature legs at the sight of which I wanted to cry, that if I had plenty of lower legs, this "pillow" would help me out of the deep squat with a heavier weight.

Many athletes train lower legs for a while, and then give up out of desperation, limiting future sets to 2-3 negligently performed calf raises 1-3 times a week. Others, not wanting to give up completely, add to this the raises on toes while seated - but with the exception of those who have the calf genetics, which have already been well developed, I hear a lot of these athletes say, "I was not destined to have great calves"

The point is that we need to be fully aware of the structure and function of a particular part of the body before we can make an effective program - whether for lower legs or other large muscles. And above all, you must understand that the lower leg does not consist only of the calf muscles.
For the sake of simplicity, experts in anatomy divided the lower leg into three parts: the front, side, and rear. The front part is located in front of the tibia. In this part of the legs are four muscles, but only one of them is involved in flexing the sole of the foot. i.e., moving the upper part of the foot toward the front of the leg. One of the remaining three foot muscles helps flex inwardly while others help to bend it outwardly. The fourth muscle also helps to bend the foot sideways, but is also responsible for the extension of the big toe. Most athletes do not find the time for it, let alone become acquainted with the function of this muscle group, thereby reducing the effectiveness of their calf training. In this case, you will never be able to increase the lower legs to their maximum size.
The lateral part is composed o two muscles, which are collectively called a group of the fibula. The long and the short peroneal muscles raise the knuckles and twist the base of the foot or turn it out. The long peroneal muscle stabilizes the arch of the feet.
Most of the muscles are located in the back of the lower legs, which is well known to everyone as calves. but even the most experienced bodybuilders sometimes forget that each of the two heads crosses the knee muscles. While everyone knows some of what the calves do, few know that they also help to bend the legs (when the lower legs are moving toward the hamstrings), especially in the phase of "repulsion" when running.
Thus, we should not be limited only to the calf raise motion if our goal is maximum development.
The soleus muscle also flexes the foot, but it is a more active than passive calf muscle - the main flexor of the foot. A very little muscle called the "plantar" also helps the calf to perform its function, but the belly of the muscle is so small that it is unlikely to make a significant contribution to the increase in the lower legs to "champion" sizes. In addition, it works together with the large muscles of the back of the legs and therefore does not require special attention.
The deep muscles of the calf help rotate the lower leg, to carry out the inversion, flexion and adduction chores, as well as flexion of the toes. One of these muscles also helps to bend the legs. With such a variety of muscles and muscle functions, it becomes apparent that a few sets of calf raises cannot maximally increase the mass or force production of the lower leg. In fact, many football players from those who have come to us for treatment received injuries that are directly attributed to disproportionate development between the strength of the calf and soleus muscles and the front of incompletely developed lower legs.
In line with my philosophy of brief, high intensity workouts, I recommend one very effective, in my opinion, program, which is used by powerlifters in the off season, and during the pre-spring and summer training of football players from the amateur and professional teams who consult with us.
The program!
Yes, the program should be carried out two times a week, from 6-8 weeks. Each set is stopped short of muscular failure/fatigue, and the movement is performed at full amplitude, full range of motion. In order to use the greatest weight, most lifters use too much, which cannot allow for the correct rise on your toes, resulting in impaired muscle growth and reduced range of motion. Each rep should always be done with full range of motion, raising and lowering in a slow, controlled manner, trying to make a complete maximum contraction. After strength training it is very important to perform stretching exercises, especially the leg muscles, to restore normal muscle length. Do not neglect this advice, especially if you are a runner.
Here's a program . . . the program! . . . that will add strength, muscle size and increase range of motion, thereby protecting you from injury. But it must be properly implemented. All calf raises should be done by placing the front portion of the feet on a clock or stand to provide maximum range of motion.
1) Calf raise, standing: 15 reps.
2) Calf raise, seated: 15 reps.
3) Bending the foot (manual resistance): 15 reps each leg.
4) Eversion of the foot (manual resistance): 15 reps each leg.
5) Jogging uphill: short sprints on an inclined surface, 18 meter sprints.
6) Roll up towel with the toes: stand on a towel with bare feet and, well, roll up the thing with your toes.
7) One leg DB standing calf raise: 20 reps for each leg, optional extra exercise.
The last exercise is sometimes replaced by calf raises with a barbell on your shoulders or in a calf raise machine. One leg calf raises are often overlooked, and this exercise is rarely seen in gyms, but it is extremely effective. It allows you to focus strongly on the working muscle and can be done at home with no special training apparatus other than a dumbbell and a block to do the raises on.
Enjoy Your Lifting!