Article Thanks to Liam Tweed! 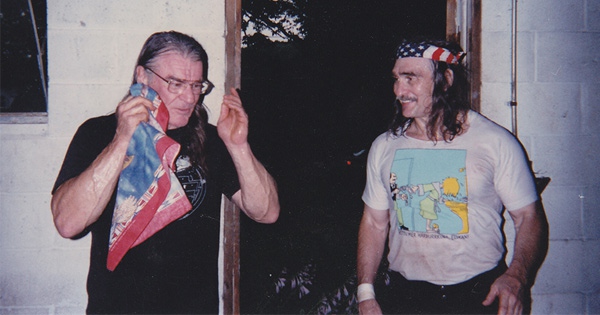 I had just finished a set of presses and was seated on a bench just outside the "pit" at world Gym Marin. I filled my time between sets observing Steve perform some clean & jerks in the pit. The pit is a rather unique creation of the gym's owner, Dr. John Gourgott. His facility has an upstairs-downstairs arrangement, with numerous machines on the upper level and the free weights downstairs. The pit was dug out so as to allow overhead lifting, an area approximately 10' x 20' on the lower level.

Dave came over and sat next to me. We both shouted encouragement to Steve as he fought to steady a jerk overhead. Then he turned to me and said, "I see you giving advise to some of the people here, would you mind if I picked your brain a bit?"

"I've been doing power cleans since I was in college. I really enjoy the feel of the exercise. But for the past few months they have been hurting my shoulder. I stopped doing them last week, just to check, and my shoulder quit hurting. I miss doing them."

"So what's your question?" I asked as I stepped in the pit and took the bar off the rack and did my presses."

"If you are positive that they are damaging your shoulder, then don't do them, at least for a time. Any exercise that injures you should be dropped. That's only common sense."

"I know, I know, but there's no other exercise like power cleans."

"How about power snatches?"

He looked at me and blinked for a moment to let the words seep in.

"Power snatches. I've never done those. Do you think they're as beneficial as power cleans?"

"Let me do this final set and I'll answer your question." I had, in my usual fashion, almost bit off more than I could chew. I grinded the bar overhead, but turned three colors of crimson in doing so and almost blacked out in the process.

Dave was chuckling at me as I held onto the squat stands to gain my composure. "Nearly whipped you didn't it?" he said.

"Some days the bar wins." I sat on the bench, caught my breath and began. "There are many advantages of doing the power snatch over the power clean, especially so for powerlifters, bodybuilders, and strength athletes. Olympic lifters must do both. Powerlifters and bodybuilders have problems with the power clean as the size of their upper arms. most notably the biceps, prevents them from racking a power clean correctly. Most of them finish the lift holding the bar with their arms, rather than supporting it on their frontal deltoids. As a result, they usually end up jamming their wrist, elbows, or shoulders."

Dave was nodding his head in agreement. "That's what happened to me. When my bodyweight went over 200, I couldn't rack the bar like I used to. That's when I started getting the shoulder pains."

"This is not the case with the power snatch. Since you're pulling the bar all the way overhead, the racking is not traumatic to the wrist, elbows, or shoulders. It is an excellent teaching lift for all the other pulling movements also. Because a much longer pull is required, the line of the bar has to be more precise and the body mechanics more exact. Any deviation and the bar doesn't get over your head. Steve is about to do some now. Why don't you jump in and do some behind him."

Steve had the yellow 15-kilo bumper plates on the bar and since Dave could power clean 250 this was a good weight to begin with. Steve did five smooth reps.

"Now just try to imitate what you just saw Steve do."

On his first few reps the bar wandered and waved everywhere but where he wanted it to go. He wasn't finishing his pull, so the bar just cleared the top of his head and died.

"They're tough, aren't they?" he said breathlessly. "Steve makes it look so easy. I think I can do better this set."

Which he did. Two out of the next five reps were good. The others were pulled too far forward and he couldn't lock them out.

"Yeah, I like those." He was blowing and puffing as he  came and sat on the bench next to me. "I've missed that feeling of being winded. That's why I enjoyed power cleans. I knew that they were working for me."

Steve had loaded the blue 22-kilos on the bar for his next set. Dave looked at me and asked, "Think I can handle 132?"

"Sure. Just do three reps from now on. On a high skill lift such as this, you will want to keep the reps low so that you don't get raggedy and practice bad form."

The 132 flew over his head like a twig. He was keeping the bar close to his body and pulling it to arms' length with authority on his set. He was grinning like the Cheshire Cat as he walked over to me. "Hey, those are fun! I like that feel. They're athletic. Should I go up?"

"Go ahead. Your form looks very good. You learn fast. The mark of an athlete. Triple on up and let's find out where you max out. I must warn you that these do hit a ledge rather quickly. Sometimes, you can add 10 pounds over what you had just tripled and not be able to do a single. It is a very high skill lift."

"Stop there. Don't do them when your form gets bad. Remember, for your needs the power snatch is an exercise, it is not a strength test per se. You'll benefit more by doing the sets correctly than by trying to force bigger weights overhead in improper style. If you decide that you want more work, merely do two or three sets at a weight that taxes you, but also allows you to maintain good form."

"I'll go back to the 154 and do a couple more. Hey, I can really feel those in my lats. They're really pumped!"

"Pulling with the wide grip works the muscles of the back quite differently than any movement where your hands are closer. That's also a good reason for any powerlifter or bodybuilder to include them in his program. Even those trainees who can perform power cleans without any problems will benefit from the variation in pulling position."

I went about my workout, doing some dips and calf raises while Dave did two more sets with 154. He zipped both sets overhead and he appeared quite pleased with himself. He strolled over to me and stood beside me as I did my final set on the calf machine.

"Baby Cow Day?" he asked. He knew it was one of my pet words.

"One thing about the power snatches does trouble me. When I was power cleaning, I used 225 for 5 reps. Now on the power snatch, I only got to 165. I realize that I'll improve that number somewhat, but I can also understand that I'll never be able to handle the same amount of weight in it as I did in the power cleans."

"This is true, but what you are stating is just another plus for the power snatch."

It's a perfect lift for a light pulling day. For example, I have my powerlifters do heavy halting deadlifts on Monday. It is a very demanding workout. There's no way for them to come back on Tuesday and do another heavy pulling movement. But in order to increase their weekly workload, they need to do some pulling on this day. Enter power snatches. While they may be halting 450 x 8 on Monday, they will only handle 165 to 175 for reps on the power snatch. Relatively, it's a very light weight and since it is a quick, flat-backed, wide-gripped movement, it stimulates an entirely different set of muscles and strength growth. And when you add the additional work, you'll find you've increased your load for a month by some six tons. It all adds up."

"Anything else besides the power snatch today?" He had pulled an entry blank off the bulletin board and was scribbling notes on the back.

"After a couple of weeks of doing the power snatches, I have my trainees add 4-5 sets of snatch hi-pulls in just behind them. This is an excellent overload movement and, once again, you can increase your weekly work load without a great deal of stress."

"How much should I do on the hi-pull?"

"Your first set should be approximately 50 pounds over what you power snatched for three. You did 165, so if you were doing snatch hi-pulls today you would start with 215. Do these in threes also and strap on so you can get lots of final snap. Do the hi-pulls mechanically, just as you did the power snatches. But, because of the higher poundage, the bar will not get as high. Jump 20 pounds or 10 kilos if you are using a kilo set, on each successive set: 235, 255, and 275. If you follow this, you will be working your back with the same, or greater, poundage than you were when you were power cleaning. The numbers I just gave you will add yet another six tons to your monthly load."

Dave had most of the sheet filled with numbers and notes. "Okay, I think I have it, but let me read it back to you to be sure. Power snatches, 2 sets of 5, then 4 more sets of 3 followed by 4 sets of 3 in the snatch hi-pull, starting with 50 pounds over what I finished with in the power snatch."

"That's correct." Now write down some definite numbers for your next workout so I can see them."

"It sounds okay. If the top end of the hi-pull is shaky at first, then just stay with a lighter poundage until you feel like you're getting a good snap at the very end of the pull. Then work the numbers on up."

"Great! I sure like the feel of the power snatches. I had really missed doing a quick movement. Thanks for you help, I've got to run. "I've got a live one lined up for tonight and don't want to be late. Are you training tomorrow?"

"Sure. Wednesdays mean good mornings. I can't miss those."