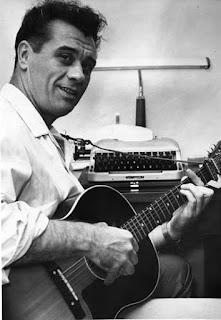 Note: Here is a wonderful treat and a very rare discovery for lifters, one that few people realize existed. It is taken from an issue of Peary Rader's Iron Man magazine, coming from the letters section. Along with the routine, some strong opinions are expressed here by McCallum, well worth reading.

So, from the March 1960 issue of Iron Man magazine:

Have been most interested in the recent discussions in Iron Man regarding the lack of popular appear in weight training and would like to offer my two cents worth. Weight training has been, as the saying does, very good to me, and I hate to see it lagging, as it is. Every reader probably has some ideas on the topic, and though many will not agree with me, I hope you will give the following your consideration.

Laziness is usually given as the primary reason, but here I disagree. While it is probably a factor, I doubt that it is the main one. In any event, there are several other points that are seldom mentioned.

One reason for the small amount of trainees is, I feel, (everybody duck) the weight trainers themselves. This applies mainly to the younger set, but the older fellows are not entirely without fault. A more eccentric group would be hard to find. We have all read the stock stories on many of these individuals, which list among some amazing physical qualities some even more amazing mental and moral ones. The list makes Gandhi look like Mephistopheles. A modest retiring nature is one of the more common characteristics attributed to most "muscle-men", but I once spent an afternoon at Muscle Beach, and if the athletes there were of a modest, retiring nature they were certainly doing their best to hide it.

Despite what these fellows may think, the average man is not favorably impressed with these antics. Rather, he is quite disgusted and I, for one, don't blame him. Only a retarded idiot would want to be linked in any way with this crowd. I have seen and heard things done by these lunatics that make me ashamed to admit to ever seeing a barbell. When the average person sees a lifter strutting around in a T-shirt in the middle of winter, his greatest urge is to run over him with his car and put him out of his misery.

Another factor in weight training's troubles, I feel, is the cheap "pulp magazine" type of literature on it. (Not Iron Man) Most of these magazines I view with deep disgust and no little suspicion. When arms and legs, etc., are described as thrilling, exciting, breath-taking and what not, I think we are getting a little away from the basic idea. This type of literature may attract a few kids and other misguided characters, but it drives away ten for every one it attracts. Since the development of a good build takes a lot of hard work, and since anyone qualified to write on the subject must know this, we can only conclude that some authors are more interested in shekels than service; which leads us to the further conclusion that there are more than Russell's "bishops and bookies" living off the irrational hopes of mankind.

Note: Here McCallum is referring to Bertrand Russel's "On the Value of Skepticism" written in 1928.
Here:
https://www.panarchy.org/russell/scepticism.html

One could go on in this manner for a good many pages, Peary, but I know you know what I'm getting at.

I am glad to see that you are maintaining the same high standards in Iron Man. It is in a class by itself. I would very much like to see an article by you pleading for some honesty in claimed measurements and lifts, though. As an example: in the most recent Iron Man there is a story and article of a very robust young man claiming among other things, 5 reps in the seated military press with 310. We are then told that he is capable of 325 once in Olympic style. Now surely anyone using that much weight as an exercise could do more for a single attempt. Or, what is more likely, anyone able to press 325 couldn't exercise with 310. The young man is about an inch taller than Hepburn and some 50 lbs. lighter, and yet the measurements claimed for him are from one to three inches bigger than Hepburn's. I am forced to believe that either he has plastic bones or the author of the story is pulling my leg. Of the two, the latter seems more likely.

After all that criticism, perhaps I should try to contribute something to make amends, so will offer my training program. I have been training for about 20 years and have been at a standstill for a long time; however, the following course has brought a great deal of improvement, so I am quite enthused about it. I use a  split program -- two days upper body and two days lower body. The exercises are as follows:


The above has brought my exercising poundages up to an all time high for me. Am now doing 5 reps with 510 in the squat at a bodyweight of 240. The course is tiring but not fatiguing, and I plan on staying on it for at least a year.

Well thanks for reading this far, Peary. Would like to congratulate you once again on the fine job you are doing, and wish you every success in the future.