The Best Training Split for Your Goals - Sean Hyson (2016) 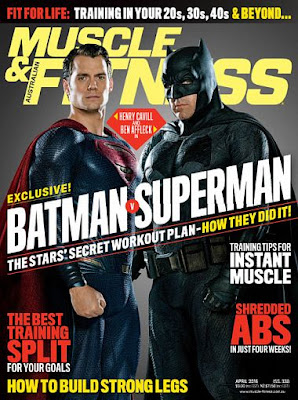 TWO BOOKS BY BILL DAVIS ARE BACK IN PRINT:

The Best Training Split for Your Goals
by Sean Hyson (2016)

You know all the exercises. You know sets and reps. And you may even know a thing or two about periodization. But if you're an advanced lifter, or one who wants maximum customization of his training, there's one aspect of setting up a program that you're probably still struggling with: your training split. Or, in layman's terms, what exercises you should do on what days.

We consulted two of our wisest training advisers to bring you all the best options for organizing your workouts -- according to your goals, your schedule and any injuries you may have, and to maximize recovery and gains. By the end of this article, you'll be ready.

The first thing you need to determine when deciding on a training split is how often you want (or need) to train a particular muscle group. "It all comes down to intensity," says celebrity trainer Don Saladino.

"You can work a muscle one to five times per week and put muscle on. But the more you want to train that muscle, the more you have to back off the intensity." In other words, you can train chest Monday, Wednesday and Friday if you choose, but don't even think about benching heavy in each of  those workouts.

Recovery is critical, especially when strength is one of your goals. Training age, or the number of years you've been lifting and the level you've already reached factors in heavily when designing a split, says Jason Ferruggia, a strength coach and author based in the U.S.

"You can train the same muscles three times per week for the first year or so and then two times a week when you become stronger. That's the average for most people." However, there are exceptions. Small muscles like the rear deltoids, biceps, and forearms recover quickly, so if you regard any of them as a weak point you could work them more frequently, regardless of how experienced you are.

Due to the heavy loading they allow and the stress they place on the lower back, hips and knees, squats and deadlifts must be placed as far apart from each other in a training week as possible -- or done on the same day so that there's ample recovery time before the next session. "If you're doing any lower-back-intensive stuff on an upper-body day, don't squat or deadlift the day before," says Ferruggia. For example, if you choose to follow a body-part split, don't perform back extensions on back day if you're squatting on leg day 24 hours later. (Bentover rows are another exercise to watch out for.)

Saladino adds: "If I squat Monday and deadlift Thursday, I don't want to do heavy military presses or cleans on Tuesday or Wednesday." Any sports you play, even as recreation, must be taken into account as well. "If I go play hockey or practice judo in addition to the squat and deadlift days, my lower back is taking a pounding all week," he says.

With the upper body, pressing with a barbell once per week ought to be enough for any intermediate to advanced lifter who's already hoisting considerable poundage. As with squats and deadlifts, if you choose to do heavy bench and overhead presses in your program, you should perform them on the same day. Otherwise, focus on just one and have a second upper-body day that revolves around more joint-friendly exercises that work the chest and shoulders, like push-ups, lateral raises and machine presses.

Identify your goal and then see the sample split for how to train for it. Understand that there are an almost infinite number of ways to approach training for any goal, and only the most basic ones are shown here.

Research suggests that the fastest way to gain muscle and strength is to follow a full-body split, training every major muscle group -- often with the same lifts -- every session. Last year, the Journal of Strength and Conditioning Research found subjects who followed a three-day-per-week, full-body split gained more muscle mass in their arms than another group who hit each muscle only once per week.

If you're a beginner or haven't been training consistently -- or you're injury free -- full-body training is ideal because the higher frequency gives you more exposure to the training stimulus and increased practice on major lifts like the bench press and squat. If, however, you're experienced, a little beat up from years of lifting or suffer from muscle imbalances, full-body training may be the worst option for you.

"Adding frequency to dysfunction messes you up," says Ferruggia. "Most people don't have perfect posture or perfect technique, so training the same lifts regularly will make things only worse. If you squat wrong once a week, you can get away with it. If you squat wrong three times a week, the damage accumulates much faster." So beware of Eastern bloc training templates that promise big gains by doing the same handful of exercises up to seven days a week -- you may make fast progress but pay for it later.

Here's an example of how a beginner could set up a full-body split three times a week. Notice that direct arm work is left out because beginners can count on getting enough stimulation from compound lifts like the pull-up and presses.

If your ambition is to become the next Mr. Olympia or you simply enjoy training like a bodybuilder, the body-part split is for you. Chest and shoulders are worked on the same day because the two muscle groups work together, and this configuration also allows plenty of recovery before either area is hit again.

Chest and back together is a common setup, and it works well biomechanically (chest muscles push and back muscles pull), but Ferruggia warns that because both areas are so large, the fatigue you accumulate will diminish the latter part of the workout.

Full-body workouts activate the most muscle mass and therefore burn the most calories. Saladino likes to set them up as a circuit, in which you do one set of each lift in sequence with little or no rest in between, then repeat them. You can also group exercises a tri-sets, as shown below in the example workout, focusing on a leg movement, upper-body push and upper-body pull in each one.


Goal: Maximum Muscle Growth and Strength
Training Age: Intermediate to Advanced
Split You Should Use: Upper-Lower

Upper-lower splits usually center on one big lift that you're trying to build, so the upper-body day could, for example, focus on the bench press and all the lifts that support it, and the lower-body day might revolve around the squat and its accessory lifts. Another benefit to upper-lower splits is the accumulation of fatigue. Doing several exercises in a row for the same muscle group (or ones that act in conjunction with one another) cuts down on warm-up time for each lift after the main one. It also reduces the weight you lift on subsequent exercises, which can be a good thing.

"With full-body training, you're always fresh on every exercise and going as hard as possible, which can lead to more injuries," says Ferruggia. And here's another thought: "If beat up but doing a split, you can put your main lift as the second or third exercise in the routine so you're fully warmed up but not able to go heavy enough to hurt yourself."

Confused by all the other splits? Start here.

A simple push-pull split makes organizing workouts easy. You perform all pushing movements on one day and all pulling movements on another day. This approach all but guarantees the whole body will be worked equally an frequently.


Goal: Target a Weak Bodypart
Training Age: Intermediate to Advanced
Split You Should Use: Heavy and Light Days

If you have a lagging body part, Saladino recommend hitting it on two separate days in the week. One should be done heavy to target your type II muscle fibers, and the other can be a "pump" day that targets type I fibers. Here's how you could do it for chest. Note that you would have to cut back on shoulder training; throw in a few light sets on one of your other workout days.


Goal: Muscle Growth in 3 Training Days a Week
Training Age: Intermediate to Advanced
Split You Should Use: Upper-Lower-Upper, Option A

If a tight schedule prevents you from training more than three days per week, or if you play sports on other days or work a physical job, you could try an upper-lower-upper program. "Sports can be hard on your knees," Ferruggia says, "especially if you're doing a lot of cutting or jumping." In that case, you should train lower body directly only once per week, since the sprinting, jumping and bounding you get on your sports days count as leg training, too.


Goal: Muscle Growth in 3 Training Days Per Week, Improved Performance
Training Age: Intermediate to Advanced
Split You Should Use: Upper-Lower-Upper, Option B


If you play sports and you want to incorporate exercises like plyometrics and Olympic lifts, you should place them first in your workouts. "If you're doing a complete Olympic lift, like a snatch that lowers into a full squat, do it on a lower-body day," says Ferruggia. "If you're catching them in a quarter-squat, you can do them on an upper day." Also, an exercise like a high pull done from above the knees can be done on an upper-body day.