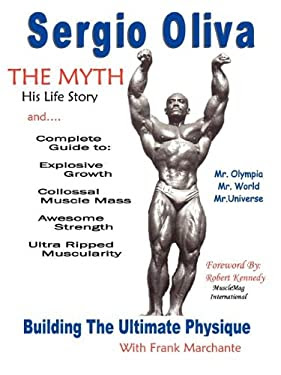 Sergio Oliva is a bodybuilding phenomenon. He was the first muscular giant to appear on the scene with incredible size and laser-sharp definition -- and legitimate 21-inch arms. In 1967 he gave the bodybuilding world a historic 21-gun salute while winning his first Mr. Olympia title. The legendary Bill Pearl said, "Sergio was ahead of his time. That thin-skinned, vascular, highly defined look wasn't really in vogue until Sergio arrived." That's probably because no one had ever before reached Oliva's level of massive, striated muscularity combined with near perfect proportions.

I've seen many bodybuilders who had sensational arm development. Back in the 1950's there were the fabulous arms of Marvin Eder, Bob Shealy, Joe Sanceri, Babe Stansbury, Steve Reeves, Clancy Ross, Jack Delinger, Malcolm Brenner and Reg Park. All of those stars had arms that measured 18 to 19 inches in peak contest shape.

In the early to mid 1960's Freddy Ortiz, Larry Scott, Dave Draper and Bill Pearl were the reigning kings of arm size and muscularity, but in 1967 Sergio topped them all with his fabulous guns. Not only were his arms huge, they were also ripped to shreds with dazzling definition and deeply chiseled separation. His arms were totally developed from the deltoid to the elbow. They were wide, full and thick from every angle. In fact, I've never seen anyone whose arms were as impressive as Sergio's were when they were hanging by his sides relaxed. His triceps development was arguably the best ever.

Remember that Sergio reached this milestone on bodybuilding history before the arrival of human growth hormone and the more sophisticated injectable steroids that are available to modern muscle stars. It's a good thing, too, in my opinion. Sergio and the other men mentioned did it with hard work and a very limited amount of drug use.

Look at the champions of the past who continued to compete or give posing exhibitions for 20 or more years -- Pearl, Park, Scott, Nubret, Ferrigno, Beckles, Zane and Robinson. Sergio -- a study in bodybuilding longevity -- has been at the top, or nearly so, for 30 years! Today's champs seldom last longer than 10 years.

During the many opportunities I had to observe Sergio train at Vince's Gym in Studio City, California, when he was visiting the West Coast for posing exhibitions, I was able to gain some valuable insight into his training methods. His concentration was so intense that he never spoke to anyone during his workout, except maybe a few words to Vince Gironda. As the great Yogi Berra said, it's ninety percent mental and the other half's physical. Concentration's 90% of half the game.

After he finished a workout, however, Sergio was very gregarious and displayed that great sense of humor. He would answer questions about training thoroughly. One time he described his upper arm program to me.

When Sergio began training in his native Cuba back in 1960, his arms were 13 inches. At that time he was an Olympic weightlifter and only did exercises that would improve his ability in that specific sport. Even so, his arms grew rapidly and were 17 inches when he reached a bodyweight of 198 pounds.

After defecting to the United States in 1962 and eventually settling in Chicago, he began bodybuilding at the Duncan YMCA. Although his arms were large and full they were not very shapely at that time, lacking biceps peak and sweeping triceps. He also needed sharp separation between the individual muscles and much greater definition.

"Size alone is not everything," explained Sergio. "When I won the Junior Mr. America title in 1966, I had built my arms up to 19 inches. My arm size increase to 20 by the time I won the Mr. World contest. But when I say that arm size isn't everything, here is a perfect example. In my first try for Mr. Olympia I was defeated, and I'm sure that incomplete arm development, regardless of how massive my ares were, cost me the title.

Sergio was criticized at the time because his physique lacked separation, even though he was in top shape without an ounce of fat. "So unanimous was the criticism that I had to completely reassess my development," he said. "It was then that I realized I had to discard many of the training techniques I had been using and find new ones that would be more effective."

He started studying the training methods of other elite bodybuilders and reading everything he could find on arm training, seeking the answer to the problem of increasing shape, separation and definition. He eventually incorporated many of those ideas into his own unique system.

"Most bodybuilders think that just the biceps and triceps form the total upper arm," Sergio stated. "Not true -- the brachialis underlies the biceps and inserts near the elbow. This muscle is essential, for without its full development the elbow area looks weak and underdeveloped."

Sergio went on to explain that the brachialis is brought into use during curling and reverse curling movements. "It can be especially developed by the reverse curl -- an exercise that I have always included in my workouts. Look at any of my arm poses and you can clearly see the brachialis development.

"You should consider the upper arms as being composed of three major muscles -- the biceps, triceps and brachialis," Sergio continued, "and each must be fully developed if you want the acme of arm development. That is how I got my arms up over 21 inches.

Sergio used two particular techniques to the fullest to do this -- supersets and super-concentration. It is one thing to perform supersets -- and quite another to perform them with the utmost concentration. He favored supersets because they are a time saver that enabled him to get more into -- and out of -- his workouts. "They make it possible to attack my arms more fiercely, giving them a saturation that forces them to grow larger and more defined more rapidly."

Sergio considers concentration to be the "true key to success in bodybuilding." "I am convinced that without concentration you can't develop your body to its fullest. He further stated that without concentration your physique will be incomplete and not symmetrical. "Therefore, I work hard and force every rep of every set, all the while concentrating to the limit of my capabilities. I keep my mind focused directly on the actual movement of the weight -- on the exact muscle I want to work and on the correctness of my form in doing that."

Sergio credits the combination of supersets and maximum concentration with adding a lot of his size, shape and separation. "I can't stress the importance of concentration too much," he said. "Keep a constant reminder in your gym or locker with a sign that says "CONCENTRATE!" If you're preoccupied with other things your workout will be partially wasted, and talk after the workout -- not during it."

Sergio trains his arms twice a week, on Tuesday and Saturday. Other than a warmup superset for the abs, he devotes the entire workout to his arms. Here's the routine. It takes about two hours and is made up of five supersets.

This program is of course only for advanced men, and even they should break into it gradually. It is definitely not for beginning or intermediate bodybuilders.

Use strict form on all the exercises so the target muscle gets maximum benefit from the movement. Keep your body movements to a minimum at all times.

If you're a very advanced trainee don't stop after five supersets of the Scott curls and standing extensions in superset 2. Instead, decrease the weight on both exercises by about 20% and do three more supersets, increasing the reps to 10. Also, do them a bit faster than the first five supersets.

Handle as heavy a weight as possible on all exercises, but don't sacrifice form for poundage. Always strive for a complete range of motion on every movement.

For superset 4 keep keep your body perfectly still on both exercises and use very strict form. Concentrate intensely on the action of the biceps, and cramp and tense them at the top of the curling movement.

On the pressdowns always make sure that your body is solidly planted, that only the triceps work and that you apply equal pressure with both arms.

I you want maximum gains, concentrate on every rep of every set of every exercise completely. 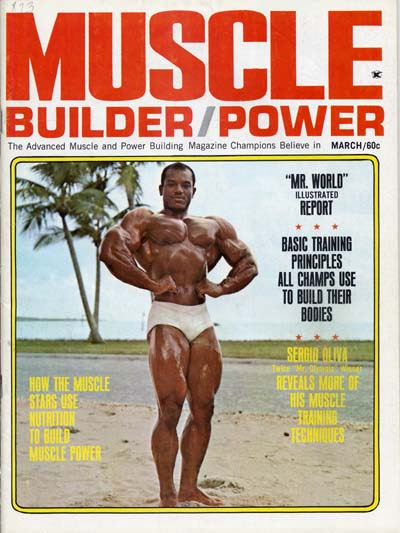