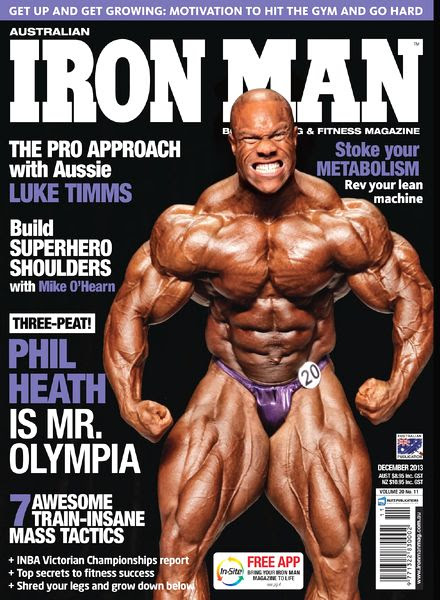 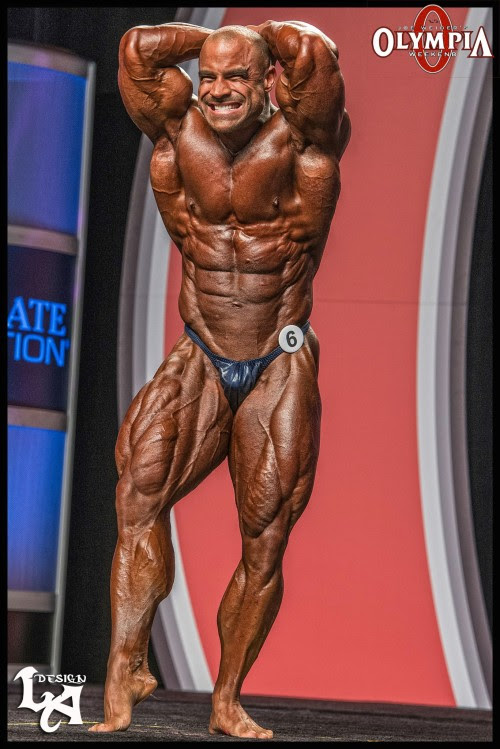 Wheels, pegs, pins, legs. In modern bodybuilding the sin of having underdeveloped legs is viewed as unforgivable, an act of heresy not tolerated by the masses any more than it is by judges. Having a great upper body and a set of narrow legs is akin to building a beautiful multi-million dollar mansion of a foundation of wet newspaper stock.

As training advances have exploded onto the scene, acceptable size and shape standards for leg development have exploded as well. As great as they were, old-school bodybuilders like Arnold and Lou Ferrigno just would not be competitive in the sport today because their legs just wouldn't match up to the gargantuan lower bodies of Branch Warren, Jay Cutler and company.

Whether that's a positive or negative development I will leave to those who enjoy debating such issues. If you're reading this article, you are likely a dedicated weight trainer who's concerned about what you can do to increase your own leg size. More important, you're probably looking for tips that will enable you to reach your genetic potential, to bust through plateaus and build a pair of legs that will require you to buy baggy-fit jeans.

One of the first problems that all trainees must overcome is the dreaded plateau. How to avoid that
monstrous roadblock that has vexed trainers and athletes for decades. Nothing is worse than heading to the gym, performing a gut-busting workout of squats, leg extensions and other lower-body moves only to see no progress in either strength or size. It can lead to frustration or, worse,resignation and training stagnation. So I thought it might be good to discuss the issue with someone who has been working in the industry for some time. A bodybuilder who’s competed at the highest level and done well, succeeding on the biggest stages in the game. He also happens to have a full-time job managing a fresh-produce grocery business as well as a wife and three beautiful daughters.

If you haven’t guessed, I’m talking about Mark Dugdale - one of the most respected competitors in the IFBB 212-pound division and a bodybuilder who’s been a pro (and a fan favorite) since receiving his card after taking the overall at the ’04 NPC USA. Mark has competed consistently, taking second at the ’07 IRON MAN Pro and ultimately flexing in the ’07 Mr. Olympia before making the shift to the 202-and-under - now 212 - division, where he’s been a fixture in the top five.

Mark’s leg-building methods are right on the cutting edge of training science. For one thing, he rounds
into contest shape without having to endure the endless drudgery of cardio. During his prep for the recent New York and Toronto Pro competitions - where he took third and second, respectively - Mark did no cardio at all during contest prep. He has found that with a proper diet and a very intense workout program, he doesn't need to spend hours on the treadmill chasing a news anchor on the TV monitor in front of him.

Mark's leg workouts themselves are also slightly outside of the norm. His diet and training are coordinated by John Meadows of Mountain Dog Diet, who believes in using more than one method of upping the intensity. By combining progressive resistance and higher volume training in a periodization plan, he creates 'magic'. In terms of leg training,  that means steady consistent progress toward your goals. More by John Meadows here, website, and a pile of fine articles ----

The first key point about Meadows' training philosophy and the routine that Dugdale uses is that there is no routine. A few years  ago  that would have been heresy in the bodybuilding world. For example, in many gyms you can set your watch by the time the local pro hits the squat rack. In Meadows' world, however, the basics, like sets, reps and speed, and advanced techniques, such as drop sets and other workout intensifiers are changed every week.

As a matter of fact, the only semi-constant is squats. As Mark said, "It is a very, very rare occasion when squats are absent from a leg workout."

To fully illustrate the re of leg workouts that Meadows can include in Mark's schedule, it's instructive to visit his website and check out his training page, where you can find video examples of more than 15 exercises for legs with a note at the bottom of the list stating that you should check back often for more. You'll also find info on intensity-increasing techniques such as partials, drop sets, pause reps, chains and bands, etc.

As you can see, Meadows has Mark training legs twice per week. The first workout, Monday p.m., is just what it says, a heavy intense workout that is designed to go to failure on almost every movement. As an example, here's a recent leg routine that Meadows sent to Mark.

Seated Leg Curls (pyramid up)
4 x 15, 12, 10, 8.
Do plenty of warm-up sets; then proceed to pyramid up in weight using the given rep scheme. On all four sets tack on 10 partials out of the extended position. Your hams should be loaded with blood from this. Four total work sets. Goal: Activate and pump hams.

Leg Extension (top half of stroke only)
3 x 30.
Do plenty of warm-up sets here again. This is going to sting a bit. Do three sets of 30. You’re only doing the top half of the movement, and you are flexing hard on each rep. Turn your toes in toward each other some and really feel your vastus lateralis contract. Picture striations running along the muscle. No matter how badly these burn, get your reps.
Four total work sets. Goal: a supramax pump.

Front Squat/Back Squat Combo
Work your way up doing sets of eight here. You do eight reps on front squats, then, immediately after, eight on back squats. That’s one set. I want you to do these explosively. Go until you almost hit failure, and then rack the bar, get back in there, and crank out more reps in normal back-squat style. We will count this as three work sets.
Goal: Activate and pump quads.
One example:
95 x 8 front/8 back
135 x 8/8
185 x8/8
225 x 8/8
challenge work set - 245 x 12/9

Leg Presses (1)
One big set—doing sets of six reps. Do six, then have partners (or you) immediately add a plate on
each side, and do six more, repeating until you can barely get your six. One total-work set like this will be enough!
Goal: a supramax pump.

Leg Presses (2)
Now start where you left off, and do a drop set with the same reps, removing a plate or two for each set.
Goal: a supramax pump.


Barbell stiff-legged deadlifts
Use 25-pound (11 kg) plates on these, and get a nice, full range of motion. Stand all the way up, and flex your glutes on each set. Do three sets of eight.
Goal: Work a pumped muscle.

The second leg workout - Thursday p.m. - has a slightly different focus. Said Mark, "For some of the workouts we'll cut back to 60% of normal weight with lower reps, six or so, but performed as explosively as possible. Think about moving the weight on the concentric portion as quickly as possible. Other exercises may be 50% of the weight with double the weights. Basically, that just means that no high-intensity techniques are used - no sets to failure; no drop sets, supersets, etc. - so you always have two or so reps in the tank when you stop an exercise.

The idea is to keep the body in a perpetual state of muscle confusion with the two workouts. It is a fairly advanced leg-training routine - so advanced that it is not recommended for beginners or early-intermediate trainees. If you're an advanced trainee looking to avoid plateaus, Meadows' theories may be worth seriously looking into.


The next week the philosophy stayed the same, but the list of movements and intensity techniques was totally different. What did not - does not - change, is the idea of training to failure and constantly increasing intensity.

One final oddity in Dugdale's weekly routine is the inclusion of hot yoga. While that sounds like the lead-in to a bodybuilding joke (two bodybuilders and a fitness competitor walk into a yoga studio), it shouldn't be treated as one. Yoga performed under hot, humid conditions is increasingly being viewed as a great way to increase core balance and flexibility and a tool for injury prevention.

One of the biggest problems competitive bodybuilders face is the reality that, quite often, bodybuilding exercises do not lend themselves to real-world range of motion. Incorporating yoga or Pilates into your weekly routine can go a long way toward remedying that. Mark summed it up as follows:

"When I prepared for and competed in the New York and Toronto pro shows this past season, I performed zero cardiovascular work. I found that by timing my nutrition just right and training seven days a week, I did not need cardio. Post-contest I did some Bikram hot yoga and fell in love with it. It obviously burns calories, and I've had to adjust my calories to accommodate it. I primarily do it for the health benefits and to improve my balance and flexibility. I think of re as an investment in injury prevention and my health."