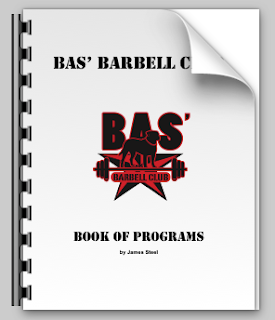 In order to prepare the lifter for competition conditions there should be some attention to the varying training conditions as the contest approaches. The lifter should accustom himself to different views. In the club he is usually on the same spot facing the same way all the time. In competition he may be put off by the size of the hall, or merely because it looks different. The Iron Curtain countries are great believers in changing training conditions in club, facing lifters sometimes the opposite way and when possible working out in a different place. This sort of variation can be carried further. Sometimes at contests the competitor is called to lift before he is fully warmed up or else before he is mentally prepared. At other times, because of failures by previous lifters and further attempts at the same weight, he may be delayed more than anticipated. This could upset lifters. In Kiselev's work on training for competitive conditions he advises variations in timing between lifts and even during the lifts. Thus confidence can be built and the lifter develops the ability to go early or late in competition without an adverse effect. Taking this to the ultimate, the pauses at the chest in the clean & jerk can be varied in case of an unsettling action in the clean.

Finally, the increases between attempts should sometimes be varied for similar reasons to those mentioned. A few variations go a long way so once the principle has been established and included periodically, guard against overdoing it. It is most effective in the later stages of the skill phase - don't waste it!

This is of tremendous importance and a fairly clear pattern can be observed during the preparation for major international tournaments although there are notable exceptions to this procedure. Suffice to say that this is in keeping with the methods adopted by the winners of current world titles. When calculating tapering off schedules, I prefer to work backwards from the contest as this helps to put the system into clearer perspective.

The last two days should be rest. This does not mean lying in bed all day but there should not be any more hard work or even long walks. The most that should be done is a little strolling around in a restful atmosphere - not in busy places or shopping centers. A few mobility exercises are permissible but these should be of a gentle stretching nature rather than vigorous.

The last workout should be two days before the contest and you can snatch  to almost starting poundages - work up to 5-10 kg. below your first effort on the platform. Anything else done during the workout should be of a 'tinkering' nature and with light weights.

For all tapering off workouts, and the last few full workouts, all lifting should be timed to assess the minimum recovery time needed between warming up lifts so that you can accurately time your pre-contest preparation at the event. It is also recommended that the pre-contest limbering up free exercises and light weight warming up routine be included in the last dozen or so workouts. The third and fourth days before the contest will include medium workouts where the total tonnage is quite low but the individual poundages are of medium intensity. Starting poundages must not be tried butt there may well be singles with poundages approaching these.

The fifth day before the contest is the last chance to try really heavy poundages and the aim should be to go right up to starting poundages; if this goes well, some extra attempts may be made. This should be the last attempt to better starting poundages on this lift. Jerks from the rack, however, may be done with top training weights. Heavy singles are needed to work to a peak and a lifter peaking too slowly can have the peak brought forward by more heavy singles - likewise guard against too many, as this will put a lifter over the top of a peak. Singles take much more out of you mentally than repetitions, a fact which must not be overlooked in planning recovery times and workouts.

It is permissible to do quite a lengthy workout and include some light squats and pulls in addition to the competitive lifts but this is the last occasion on which these will be done. Make sure that straps are used for the pull as research has shown that the grip 'drops off' considerably with effort and a reserve of strength should be built as competition day approaches.

These are the vital days before the match and the true tapering off period. The sixth day before the contest should be a rest day, unless for some reason (such as travel arrangements) the tapering off procedure outlined has to be adjusted.

Because weightlifting has traditionally an image of strength and power, and being a sport which attracts men who are well endowed with these characteristics, other very necessary physical attributes are apt to be overlooked. Clearly, power is of prime importance; the need for speed and agility in the two classic lifts is also recognized and training should be geared accordingly. It is my belief, however, that the need for flexibility is still very much neglected. Shoulder mobility, of course, is a very obvious necessity for squat-style lifters, but that is where many people stop.

They see the importance of supple shoulders but overlook the necessity for supple back, hip, knee, and ankle joints. Modern lifters must regularly work every major joint through its full range, with active and passive stretching of the muscle groups. Similar exercises should also be an integral part of every warming up program as this will have a beneficial effect on subsequent lifting. A full and detailed description of the many interesting and advantageous mobility exercises is outside the scope of this book, but it is well within our present remit to draw attention to the advantages of good flexibility and the results of a lack of suppleness.

If shoulder mobility is lacking, the chances of holding the bar correctly and comfortably overhead in maximum attempts is greatly reduced and the failure rate greatly increased. A supple spinal column will allow the upper back to be vertical although the lower part of the spine is not directly under the weight, so spinal mobility is essential.

The person with good flexibility of ankles, knees, and hips will be able to assume a very good low position to receive the weights; some junior lifters give fine examples of what can be done with good mobility.

The need for mobile ankles is not well-known and needs greater attention. The ability to steeply incline the shins forward, well in advance of the toes, gives a much better position by reducing the tilt of the pelvis, which in turn reduces the lumbar curve.

Those who have not got this flexibility resort to compensating maneuvers. Typical of these is the device where the feet are spread wide and toes turned out as the lifter goes into the low squat. Both these maneuvers have the effect of reducing the size of the lifter's base, and this lack of flexibility of the ankle joint reduces his chances of success. Adding a very high hell to the lifting boot, as some lifters do is not the answer as this prevents the lifter from fully utilizing his strength - for example, it reduces the amount of work which can be done by the calf muscles during the pull.

An old-fashioned fault, now largely eradicated, was the tight lacing of high-ankle boots designed to support the ankle joint. Far from helping the lifter this restricted ankle movement, and it is significant to note that the disappearance of high-ankled boots coincided with the popular emergence of modern squat-style lifting. While ankle mobility is necessary in split-lifting, this style is not do demanding except on the ankle of the forward foot during a snatch.

This short resume is only an example of how flexibility of a single body part can affect competitive lifts and I have deliberately chosen the ankles to illustrate the point as they have a less obvious connection with the snatch than do the shoulders or back. It is hoped that all lifters will accept the view that joint mobility is of considerable importance and will include ankle flexibility exercises as an integral part of their training program.