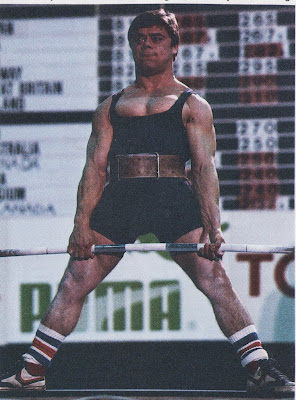 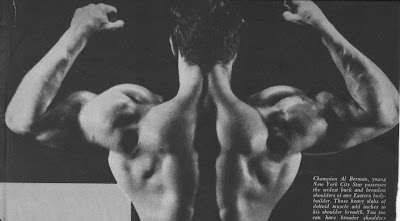 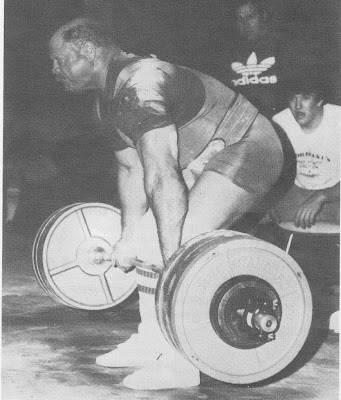 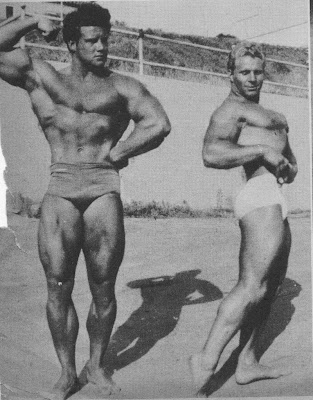 
More lifters fail because they are bored with training than for any other reason. Static exercise programs don’t give results, are monotonous and interest in training soon ebbs when they are followed for any length of time.

The step up in enthusiasm that a change in a program at the right time gives a lifter, particularly if the new program gives good results, is lasting and terrific. I remember what a boost I got when I first tried alternating movements super-set style, and the way I felt when first using “cheating” movements.

If you feel discouraged, lacking in training energy or if results just won’t come after honest hard work, then here is something for you to try. To begin, irregular training is the term which applies to any training which is out of the ordinary or unorthodox. This does not mean that you are to miss a lot of workouts, or that you will train one week and then take the next week off. Irregular training has many valid uses when applied properly, and I will try to explain some of them here.

This is an advanced form of training, and should not be followed by anyone with less than a year’s solid lifting. It must also be used with a specific purpose in mind. It can be used for power . . . gaining weight . . . definition . . . specialization on a specific muscle group or lift . . . or to lick that sticking point. These are only a few of the possibilities, but I will explain them first in this article.

Bodybuilders have often been criticized for their lack of strength and power. While it is of course ridiculous for anyone to presume that a man can have massive muscles built through weight training and not possess above-average strength, the complete development of maximum physical power is a specialized subject.

The display of maximum strength depends upon three factors – muscular power, energy, and familiarity with the lift. Muscle power and muscle size are separate units, though without suitable muscle size there can be no maximum muscle power. However, maximum muscle size in itself does not indicate the ultimate of a man’s potential power. It is important that this be understood. While the bodybuilder does develop large muscle size, unless he also trains for power this size will not be proportionately as strong as a lesser girth which has been more highly trained for maximum strength.

The orthodox training methods call for training three times a week on average, and performing three or so sets of any particular exercise in medium to high reps.

Now . . . just imagine if you can the thousands of energy units which can be exhausted, even during such a straightforward program as this. Vital energy which must be fully recouped before new power and size can be built. If the program is very severe the energy will always be too deeply tapped during each workout and it will never be completely regained. It is then that the bodybuilder goes stale . . . he is overtrained. On such a program, or one close to it, there is little or no chance for real long-term power progress. It is here that irregular training can be beneficial.

For maximum power the training program must be quite straightforward. There must be somewhat short, intense periods of training . . . spontaneous, highly explosive action, and then rest. Plenty of rest to recuperate fully and to go still further ahead. One way to do this is to limit the workout only to power movements . . . such as squats, various forms of pressing, pulling variations and various shrugging movements. Only four or five exercises should be practiced. Or if some particular exercise or body part is far below the others, this one problem can be trained more intensely by itself. An example is the squat. Suppose your squats are lacking relative to other lifts and you want to gain power quickly in the squat. Then, one of your best plans would be to specialize for a time on only this movement . . . training for power and using irregular training.

Whether you follow only one movement or several, you must keep the reps low . . . not more than 3 or 4 repetitions at the most. You must practice more sets. Up to 10 working sets. You must rest a long time between these sets. 5 to 7 minutes is not abnormal in this case. You must use as much weight as you can possibly handle correctly in all your work sets. You must train not more these lifts not more than twice a week. Once every four days may prove to be even better, depending on how long it takes you to recoup after each session. This can vary, subject to many changing factors in your life and your ability to generate intensity during your training. Such an irregular program will positively increase your power in the chosen movements most noticeably in a matter of months.

The weightlifter often makes his best progress from a different form of irregular training. There is a similarity between the first approach and this one, since each depends upon periods of intense energy and then a long rest. The weightlifter can train hard for two or three days IN A ROW . . then he takes three days off. Another concentrated group of three days’ training and another complete rest for three days. Ronald Walker, the late, great British champion used this method a lot. Sometimes he varied it a bit further and trained a few days in a row on only one lift. Then a rest of several days followed by only another lift and so on. The pattern remains the same, it is one concentrated siege, and then total relaxation from the weights for a longer time than normally followed in the more orthodox training styles. This is one way irregular training can be used to develop power. I have only hit the highlights, but you should have a good idea, a starting point from which to base your experiments.

Now, for gaining weight. As explained previously, the orthodox 3-times-per-week full body training program is often so severe when practiced by more advanced lifters that their energy is always being drained, and never builds up a really good extra reserve. Of course, the ability to lift intensely and to recuperate from it varies in each individual. Some will thrive on the hardest of programs while others can only come back from less. Don’t forget . . . IF YOU ARE MAKING GOOD PROGRESS IN ANY PROGRAM . . . THEN REFUSE TO MAKE A CHANGE REGARDLESS OF WHAT ANYONE TELLS YOU. There will be some that the orthodox training style will suit ideally for periods of time. They should not make any change until they cease to realize progress. But once that progress DOES cease, then a change is in order, and irregular training may be the answer.

There are certain growing exercises. Exercises which have been proven over the years to be ideal for mass tissue growth. Tops among the list are squats, repetition clean and presses, deadlifts, rowing and bench pressing movements. Up to 5 sets each, two training days a week, in higher reps of 15 or so, and there should be a lot of concentrated heavy breathing between the last 5 reps when the effort is most intense. Pullovers can be alternated with the heavy movements to extend the period of forced breathing.

If you want a fuller weight-gaining program, then use an appropriate variation of one of the five basic movements, 2 to 3 work sets each with moderately high reps. If you follow the longer program (and when done correctly it can be extremely taxing), train only once every five days. Remember, I am talking here of squats, deadlifts, clean and presses etc. for 2 to 3 sets 8 to 12 reps, all performed with breathing pauses in the last few reps of each set in order to enable you to use weights that are very close to your single-set maximums. These two points are important. Working exceptionally hard and resting long enough to not only recuperate from your labors, but allow ample time for new and more strength to develop. The diet must of course be sufficient during this program.

Irregular training for weight gain has still another variation. You can perform the longer program as outlined above for one week, taking three workouts that week. Then, the next week you do no lifting whatsoever. This will often work where other methods have not. Such an irregular training program can break a sticking point when applied at the right time. If you have failed making progress for some time, give it a fair trial and put all you have in. It may get you started again.

Irregular training in which less than three workouts per week are taken is one of the major reasons why seasoned lifters and bodybuilders reach their maximum size and strength after they have been training for 10 or 15 years. As a man grows stronger it takes longer for him to recuperate, if he chooses to work at near maximum levels.

In specialization for muscle delineation and definition, irregular training can also be implemented. Again, the orthodox, thrice weekly programs are passed up during this time. A complete workout is taken as many as 6 times a week. Fairly light weights are used so that not too much energy is exhausted during the workouts and the exercises are performed with considerable speed, little or no rest between the large number of various exercises, and the reps are quite high – up to 20 or so. You must dress warmly and sweat a lot. Such a program should never be followed for more than a few weeks when desiring to reach a peak in physique definement. It is not intended to be a regular, long-term program. I followed a program similar to this while in Florida, and admit that I was very tired after two weeks of it, but, most of the surface fat had been burned off as a result of my hard work. As I said before, the program is only for a specific purpose and should not be followed for more than a few weeks at a time. Holding this type of condition once attained is temporary when also seeking health as well as strength.

The last use of irregular training I will now discuss is for maximum muscle size. Here too the orthodox program is replaced by a new and novel one. You take TWO workouts a day, three times per week. One workout is taken in the morning and one in the early evening. The program is split up between upper body movements and lower body moves. Morning seems best for the lighter upper body movements, but this can vary among trainers. The flushing approach is of course followed in which all the exercises for one part of the body are performed before moving on to another. In addition, super sets are used. A set of one exercise and then a set of another opposite movement. For example, a curl and a triceps pressdown, a bench press movement and a rowing motion, or an overhead press and a chinning exercise. No rest whatsoever is taken between these two movements which form a pair and can be considered as one set. The purpose of this routine is to pump the area with blood, and you will find developing the ability to use respectable poundages this way will bring a greater muscle pump. Here too, such a program cannot be followed for more than several weeks, but it will make some improvement in your physique during that time. There may not be much in the way of bodyweight gain, mainly an overall “fuller” look.

As can be seen, irregular training opens up several new avenues of training possibilities. When the right time arrives, decide what you desire and give it a fair trial.